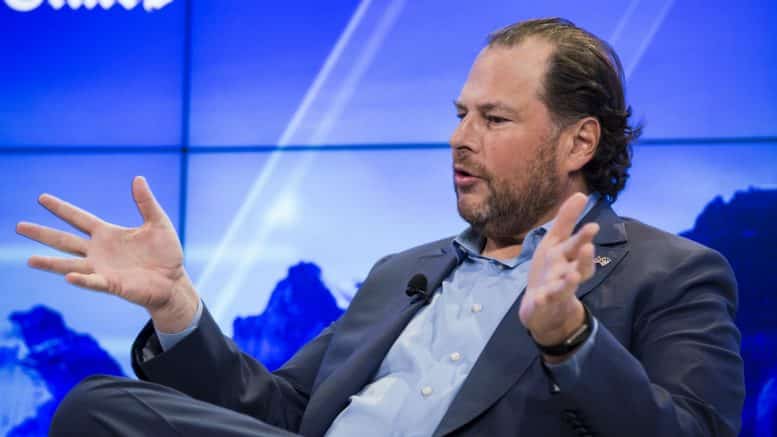 On several fronts, Big Tech and particularly social networks are under attack, with many saying that regulation is inevitable. Public sentiment is obviously turning and leaders are looking very intently at the practices and biases of these tech giants.  ⁃ TN Editor

Technology companies have gotten a free pass on regulation, and that should change said Salesforce CEO Marc Benioff at a panel in Davos entitled, “In Tech We Trust.”

“The signs are pointing to more regulation,” he said.

Uber CEO Dara Khosrowshahi agreed. “Where regulators can play a part is accountability,” he said, pointing to CEOs who should know what’s happening at their companies and should be removed if they don’t. “I’d ask regulators be harsh with accountability,” with CEOs, he said.

Ruth Porat, chief financial officer for Alphabet, was notably mum on the topic, choosing instead to focus on how Google is using AI to fuel important discoveries in life sciences, and pointing out that tech companies have high trust ratings. When she was asked if Google was too big, she called it an “unanswerable question.”

Few specifics about how to regulate the industry were offered. More transparency and data sharing were suggested, with Rachel Botsman, a visiting academic at the Saïd Business School at Oxford noting that demands for transparency come when trust is low.