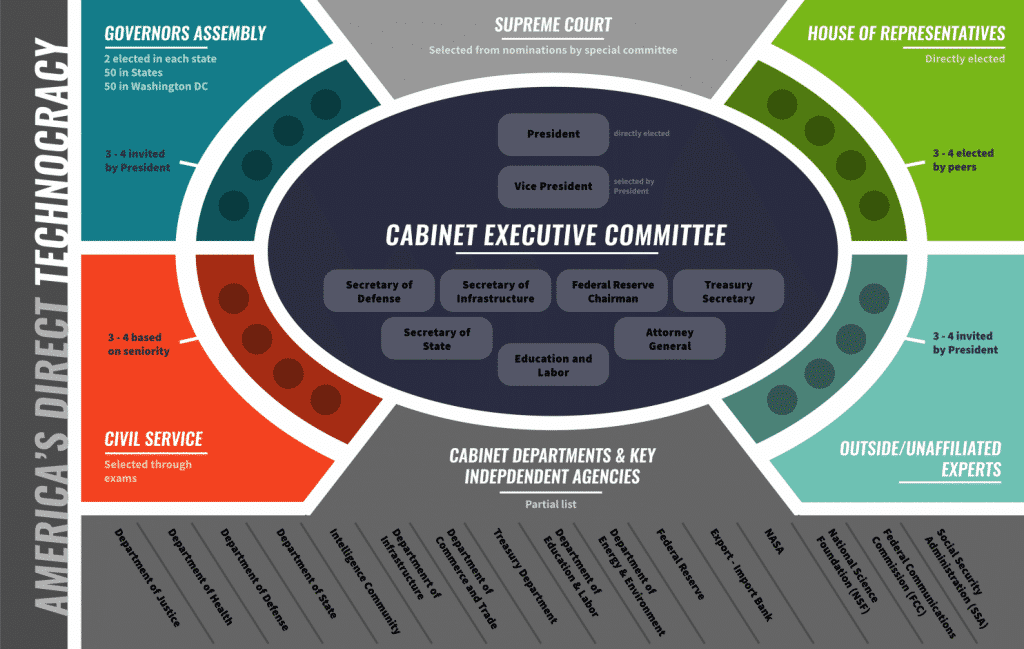 This is Day One of my “Twelve Days of Christmas” series of articles, where I will reflect on Technocracy, Technocrats, historical and modern influences and future directions. ⁃ TN Editor

After having written two books on Technocracy, reviewed over 230 important historical books and posted almost 4,000 related stories, there is a tendency to think that the subject is exhausted.

Almost every day some new thing pops up that surprises me, whether from industry, academia or government. Historical tidbits constantly surface that show how analysts foresaw our current trajectory decades earlier. Modern scholars often write openly about Technocracy and Technocrats, especially in Europe or Asia, and yet America largely remains in the dark.

As I present my findings in public forums, whether speaking or writing, I am constantly aware of some kind of invisible wall that keeps the message from being fully understood or propagated. For instance, I have sent dozens of review copies of books to key centers of influence around the country, but how many reviews have actually been published? Hardly any. I have presented to elected officials, attorneys, civic leaders and scientists. How many have embraced any understanding of Technocracy? Again, hardly any.

However, for all the people who have confirmed their understanding and alarm of Technocracy, I am fully convinced that the material is easy enough to understand for anyone who is willing to understand it. Apparently, most are not willing. In some cases, people are too distracted with other things to pay attention. In other cases, people turn a blind eye because they find themselves profiting off some aspect of Technocracy and don’t want to upset their own applecart.

Whatever the case, America is largely missing the many siren calls for radical change in America. Here is a case in point.

Dr. Parag Khanna, a leading global scholar promoting Technocracy, speaks to elite groups all around the world. With bachelor’s and master’s degrees from the School of Foreign Service at Georgetown University and a PhD from the London School of Economics, Khanna has written several highly esteemed books on various aspects of globalization.

In 2017, Khanna released a book with the very pointed title Technocracy in America: Rise of the Info-State. Endorsed by many prominent globalists, it laid out the radical agenda of what a “direct Technocracy” would look like in America:

In America, direct technocracy would look like this: A collective presidency of about a half-dozen committee members backed by a strong civil service better able to juggle complex challenges; a multi-party legislature better reflective of the diversity of political views and using data technologies for real-time citizen consultation, and the Senate replaced by a Governors Assembly that prioritizes the common needs of states and shares successful policies across them; and a judicial branch that monitors international benchmarks and standards, and proposes constitutional amendments to keep pace with our rapidly changing times.

How would we get to a direct Technocracy? Khanna states that “it is time again for a new constitutional convention” and concludes that “only utilitarian thinking can bring about another progressive era.”

Of course, Americans can ignore Khanna, but the global elite don’t, because he is writing to their long-established goals of doing exactly what he proposes! Abolish the Senate and give the Constitution to the Supreme Court? Have a committee of Presidents? Adopt utilitarian thinking to promote progressivism?

This is not Marxism, Socialism or Communism. It is Technocracy. Everything else going on around us is a sideshow that provides nothing more than a convenient cover for those behind the curtain who are the real movers and shakers in the world.