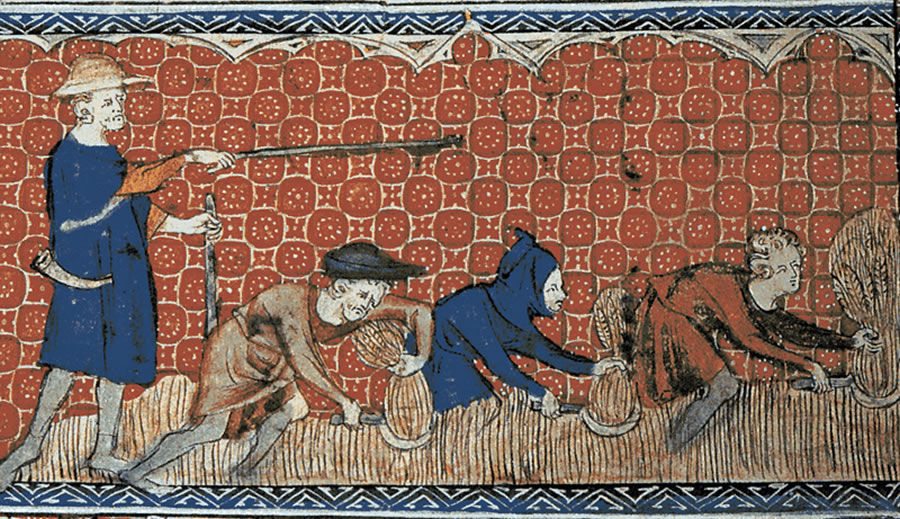 Dr. Francis Schaeffer was an historian, Christian philosopher and one of the greatest thinkers of the last century. In Episode X (the final segment) of his video series, How Should We Then Live?, he stated that society was falling into a moral abyss with no fixed absolutes to provide form and structure for living. To replace that necessary structure and thereby avoid utter societal chaos, he accurately and clearly recognized that such absolutes would be supplied by an increasingly authoritarian, technocratic elite. (Yes, Schaeffer actually used the word “technocratic”.)

In other words, as people lost the ability to self-regulate their own life and behavior, someone or something would step into the vacuum and do it for them.

A younger contemporary of Schaeffer was Zbigniew Brzezinski, who wrote Between Two Ages: America’s Role in the Technetronic Era when he was a political science professor at Columbia University in the late 1960s. Brzezinski was the polar opposite of Schaeffer in that he eschewed Christianity, Christian philosophy and even the existence of God.

Brzezinski came to virtually the same conclusion as Schaeffer (for entirely different reasons) when he wrote,

Such a society would be dominated by an elite whose claim to political power would rest on allegedly superior scientific know-how. Unhindered by the restraints of traditional liberal values, this elite would not hesitate to achieve its political ends by using the latest modern techniques for influencing public behavior and keeping society under close surveillance and control. Under such circumstances, the scientific and technological momentum of the country would not be reversed but would actually feed on the situation it exploits. (emphasis added)

Persisting social crisis, the emergence of a charismatic personality, and the exploitation of mass media to obtain public confidence would be the stepping stones in the piecemeal transformation of the United States into a highly controlled society. (emphasis added)

Since Schaeffer was an avid reader, he likely had read Brzezinski’s work, but I can find no proof of that. He did, however, read Daniel Bell’s seminal 1973 book, The Coming of Post-Industrial Society: A Venture in Social Forecasting.

Bell had received his PhD in sociology from Columbia University in 1961. We know he was well acquainted with Brzezinski’s work because he thoroughly critiqued it in his own book.

There are two reasons that I bring up Bell: first, he was a self-professed apologist for Technocracy and second, Schaeffer held up Bell’s book toward the end of Episode X and quoted from page 480:

The lack of a rooted moral belief system is the cultural contradiction of the society, the deepest challenge to its survival.

Bell was indeed a big thinker in the same vein as Brzezinski; both were Technocrats and both were educated at Columbia University where Technocracy was originally conceived in 1932. Bell, however, was much more direct than Brzezinski when he wrote,

It was Bell who first popularized and developed the concept of the “post-industrial” society:

Since the post-industrial society increases the importance of the technical component of knowledge, it forces the hierophants of the new society – the scientists, engineers and technocrats – either to compete with politicians or become their allies.

Bell’s 489-page “essay in social forecasting” presented the big picture of the future. It was ominously written in the same year (1973) that the Trilateral Commission was co-founded by Brzezinski and David Rockefeller.

Now, I had already cited Bell’s works in both of my books on Technocracy, but I had fallen short in examining who or what might have stimulated Bell to write his book in the first place. This became my 2019 surprise as I picked up my own copy of Bell’s The Coming of Post-Industrial Society (the same edition that Schaeffer referenced above) and read it’s Preface more carefully:

My greatest debt, institutionally, is to the Russell Sage Foundation and its president, Orville Brim. A grant from the foundation in 1967 at first released me from one-third of my teaching schedule at Columbia, and allowed me to organize an experimental graduate seminar at Columbia on modes of forecasting. The foundation also subsidized my research in the next few years. In 1969-1970 I spent a sabbatical year as a visiting fellow at the foundation, where this book began to take shape. (emphasis added)

Essentially, Bell was employed by the Russell Sage Foundation as he fleshed out his book.

The Russell Sage Foundation, launched in 1907, is one of the oldest foundations in America. It started as an ultra-progressive champion of “social sciences” and has been continuously connected to the most progressive elements of the global elite ever since. Its website currently states,

Not surprisingly, the historical archives of the Russell Sage Foundation are housed at the Rockefeller Archive Center in New York.

The academic support for modern Technocracy is obvious and easily traced. The literature is pointed and definitive: they all envisaged a technocratic elite rising to dominate populations.

Given this vision, it is no surprise that the Trilateral Commission sprang forth in 1973 to “make it so” – with “Captain Brzezinski” at the helm as its first Executive Director.