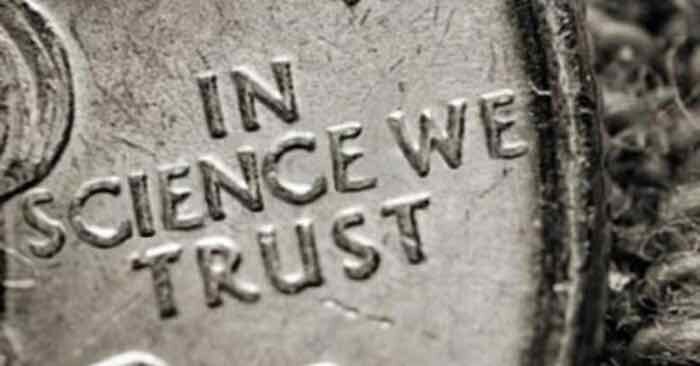 If society must be transformed into Technocracy, then the humans who live there must be transformed into Transhumans. In other words, a perfectly efficient, utopian society envisioned by Technocrats would be quickly soiled if it were inhabited by weak-minded and imperfect humans in their present form. This is exactly why we see many Technocrats who also identify as Transhumans as well. Some well-known names that come to mind include Elon Musk (Tesla), Jeff Bezos (Amazon), Ray Kurzweil (Google) and Peter Thiel (PayPal).

To grasp this larger picture, it is necessary to address three questions:

In 1939, The Technocrat magazine wrote:

The magazine went on to explain that Technocracy eschewed capitalism, free enterprise, elected politicians and that it sought to create a resource-based economic system where scientists, engineers and technicians would be the sole planners and controllers of society.

Many Technocrats today have no idea of the deeper goals of Technocracy but nevertheless use their expertise to run portions of society without any regard for America’s traditional political processes. ‘Rule by experts’ is a rule, but it is only one subservient part of the overarching goal of replacing our current economic system with Sustainable Development, aka Technocracy, Green Economy, Green New Deal, etc.

Transhumanism is a loosely defined movement that has developed gradually over the past two decades. “Transhumanism is a class of philosophies of life that seek the continuation and acceleration of the evolution of intelligent life beyond its currently human form and human limitations by means of science and technology, guided by life-promoting principles and values.” (Max More, 1990)

Transhumans seek to apply advanced technology to the condition of man in order to take over the evolutionary process and literally create Humans 2.0. The holy grail of Transhumanism is to achieve immortality, but in the process they intend to weed out the more negative characteristics of Humans 1.0: their warlike nature and their tendency to be argumentative,  inconsistent, unreliable, etc. This is genetic cleansing on the largest possible scale.

Scientism is the glue that binds them together

Scientism is a religious proposition that was first presented by the French philosopher Henri De Saint-Simon (1760-1825). He wrote,

While true science explores the natural world using the time-tested scientific method of repeated experimentation and validation, Saint-Simon’s Scientism is a speculative, metaphysical worldview about the nature and reality of the universe and man’s relation to it.

Saint-Simon proposed that the religious leadership of his day should literally be replaced by a priesthood of scientists and engineers, who would interpret the oracle of science in order to make declarations to society on the human actions necedssary to lead mankind to Utopia. Thus, science would be elevated to a state of immutable godhood, worshiped by its followers, who are led by its priests.

Technocracy and Transhumanism are both based on Scientism.

Both believe that advanced science, engineering and technology are the exclusive instruments of progress. Both are adept at promising benefits that are always just around the corner, but that never materialize. Both are expert at manipulating governments to supply taxpayer resources to fund their respective projects. Both believe they are hijacking evolutionary processes to create a future engineered by technologists.

No Future Here, Go to Mars…

An even more substantive connection between Technocracy and Transhumanism is that they both see no future for the world as it exists today. Radical environmentalists like Greta Thunberg believe the world has only 12 years left before a climate apocalypse destroys us all. Elon Musk uses his billions to escape Earth by funding his SpaceX rocket company with the ultimate intent of colonizing Mars. Jeff Bezos privately funds his Blue Origin for the same purpose – to colonize Mars. They both have stated that the only future for mankind is in outer space, populating the cosmos because Earth is going to hit a dead end when its natural resources run out.

In short, Technocracy and Transhumanism are both anti-human. Technocracy, channeled by the United Nations as Sustainable Development, believes that the earth can only support one billion or so humans. Furthermore, all humans are considered as mere resources on a par with herd animals such as cattle. Transhumanism believes Humanity 1.0 is as good as dead and the only hope for the future of man is for Transhuman scientists to invent Humanity 2.0 and leave Earth altogether.

In one sense, Technocracy’s strict allocation of resources and energy only mark a containment pattern while they build and test space travel technology.

This is not new thinking. In 1872 Winwood Reade wrote The Martyrdom of Man in which he stated as clearly as any modern Transhumanist or Technocrat could:

Disease will be extirpated; the causes of decay will be removed; immortality will be invented. And then, the earth being small, mankind will migrate into space, and will cross the airless Saharas which separate planet from planet, and sun from sun. The earth will become a Holy Land which will be visited by pilgrims from all the quarters of the universe. Finally, men will master the forces of Nature; they will become themselves architects of systems, manufacturers of worlds.

These bodies which now we wear belong to the lower animals; our minds have already outgrown them; already we look upon them with contempt. A time will come when Science will transform them by means which we cannot conjecture, and which, even if explained to us, we could not now understand, just as the savage cannot understand electricity, magnetism, steam. (p. 179)

The word ‘radical’ doesn’t even scratch the surface

It means nothing when people gather to discuss philosophical issues and new ways of doing things, unless they have the means to do what they claim. Jeff Bezos isn’t waiting for NASA to colonize Mars; he is building his own spaceship with his own money. Likewise, Elon Musk is self-funding his own space fleet. The late global financier, David Rockefeller, didn’t wait for governments to flesh out a new economic order, but rather used his own funds to create the Trilateral Commission with its own economic transformations.

Thanks to the United Nations’ adoption of Technocracy as Sustainable Development, its Agenda 21 policies have been spread to every corner of the planet, including every town and county in America. In total ignorance of the trap being laid for them, people are now demanding more, not less. Global warming is being used as the battering ram to break down the current economic system, paving the way for the only alternative being offered: Sustainable Development, aka Technocracy.

Lest you think that the scientific elite are benevolent pure-hearted idealists simply working for the betterment of mankind, I would caution you to remember the late Jeffrey Epstein, who plumbed the depths of depravity, debauchery, sex trafficking and blackmail and who was also a member of the elitist Trilateral Commission for several years. Epstein was a Technocrat and Transhumanist who hoped to achieve eternal life within his lifetime. Alas, he failed.

To use the word ‘radical’ to describe Technocracy and Transhumanism would be a gross understatement. They are both outside the bounds of objective reality.  And worse, they are dragging the rest of us along with them.