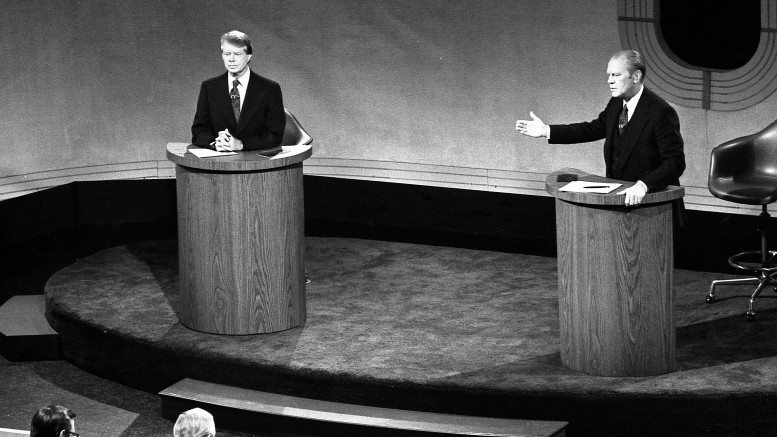 TN Note: According to Pew Research Center, relatively few Americans care about climate change. However, this is lost on climate change advocates who insist that it is the most important topic in the universe. If it does become a main topic of the upcoming Democrat debate, it will only underscore the environmentalist dominance over the national discussion.

This story was originally published by Grist and is reproduced here as part of theClimate Desk collaboration.

The pressure is on: Activists are pushing hard to make climate change a major topic in the Democratic presidential debates. The first of six planned debates will be hosted by CNN on October 13.

Tom Steyer, the billionaire founder of NextGen Climate, sent a memo on Tuesday to CNN debate moderator Anderson Cooper arguing that he should devote significant time to the candidates’ climate plans. “To be a leader of the Democratic Party—and the country—you have to lead on climate change,” wrote Steyer. “During the first Democratic presidential primary debate, I urge you to push the candidates to articulate, defend, and refine their plans.” Steyer has previously called for the Democratic National Committee to add an entire debate devoted solely to climate change, a proposal that drew praise from 350.org founder Bill McKibben.

In the first Republican debate, climate change wasn’t discussed at all, and in the second it got just a few minutes out of three hours. Marco Rubio, echoed by Chris Christie, used the opportunity to argue against taking action to limit emissions using false talking points about the science, economics, and international politics of the issue. This is in keeping with the entire GOP field’s tilt toward climate science denial and aversion to doing anything to combat or even prepare for climate change.

The Democratic debates present an opportunity to address the issue more seriously. The leading three Democratic candidates have all staked out relatively strong positions on climate change, although Hillary Clinton and Bernie Sanders have yet to flesh out many crucial details. Clinton, also, has yet to convince many climate hawks that she will make a meaningful break from President Obama’s policy of increasing domestic fossil fuel production. Martin O’Malley, the former governor of Maryland, has released the most comprehensive and ambitious climate change policy agenda thus far. He is also calling for the DNC to add more debates.

Greg Sargent of the Washington Post concurs with Steyer that Democrats should talk in detail about climate change policy in their primary campaign even though hardly any voters list it as their No. 1 issue when asked by pollsters. Discussing climate change, Sargent argues, will have other benefits for the Democrats. He writes:

The more Democrats talk about this stuff, the more there is at least a chance that this contrast [with Republicans] will impress itself in some kind of meaningful way on voters. When candidates and/or elected officials talk about issues, it can make a difference, generating more media coverage that can help set the political agenda over time. And Dem primary voters do deserve to know more specifics about the contenders’ solutions: this would help further develop party doctrine on the issue; and promises made by candidates often are kept once in office.