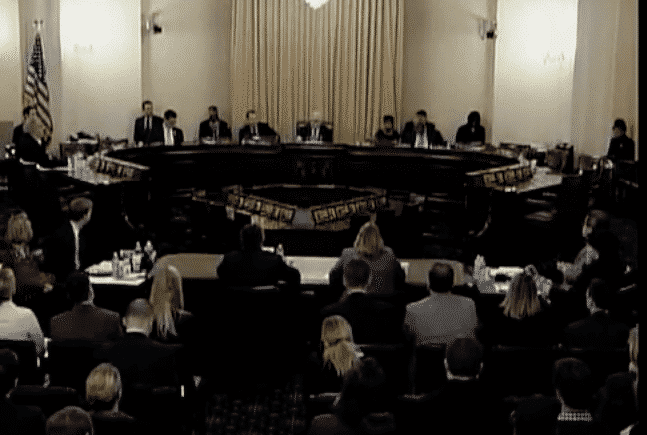 TN Note: The intelligence community keeps saying that they are not collecting random data on American Citizens and incidents like this keep popping up proving that they are brazen liars. Remember that DHS is not isolated from the rest of the intelligence community; rather, it reports directly to the Director of National Intelligence for everything it does, including line-item budget approval. Thus, the DHS vacuuming of social media an intentional policy from the very top.

At a Congressional hearing this morning that veered into contentious arguments and cringe-worthy moments, the Department of Homeland Security (DHS) spilled the beans on their social media monitoring project.

DHS Chief Privacy Office Mary Ellen Callahan and Director of Operations Coordination and Planning Richard Chavez appeared to be deliberately stonewalling Congress on the depth, ubiquity, goals, and technical capabilities of the agency’s social media surveillance. At other times, they appeared to be themselves unsure about their own project’s ultimate goals and uses. But one thing is for sure: If you’re the first person to tweet about a news story, or if you’re a community activist who makes public Facebook posts—DHS will have your personal information.

The hearing, which was held by the Subcommittee on Counterintelligence and Intelligence headed by Rep. Patrick Meehan (R-PA), was highly unusual. Hacktivist collective Anonymous (or at least the @AnonyOps Twitter feed) sent a sympathizer to the visitor gallery to liveblog the proceedings under the #spybackhashtag.

Interactions between the DHS officials and representatives were often strained—both Chavez and Callahan were scolded and chastised by Representatives from both parties. Reps. Billy Long (R-MO), Meehan, Jackie Speier (D-CA), and Bennie Thompson (D-MS) all pointed out issues relating to what they variously saw as potential First Amendment violations, surveillance of citizens engaged in protected political speech, the fact that an outside contractor handles DHS’ social media monitoring, DHS’ seeming inability to separate news monitoring from disaster preparedness, and a massively unclear social media monitoring mandate on the DHS’ part.

Video footage of the hearing has already been made available on YouTube, and the written testimony of both DHS experts has been made publicly available. Privacy watchdog group EPIC also filed a formal disclosure to Congress on the results of a FOIA lawsuit. DHS appears to have also stonewalled EPIC regarding their social media monitoring project. The results are staggering.

According to testimony, the Homeland Security Department has outsourced their own social media monitoring program to an outside contractor, defense giantGeneral Dynamics. General Dynamics was the sole party to the original DHS contract, which was not offered to any outside parties—and Chavez was caught misleading the Committee about General Dyamics’ sole status.

General Dynamics employees responsible for the DHS social media monitoring contract are required to attend a training course in DHS privacy practices several times a year. If General Dynamics employees misuse the personal information of journalists, public figures or the general public (to include Twitter or Facebook users) in any way, their punishment is restricted to additional training classes or dismissal from the project.

General Dynamics and the Department of Homeland Security are primarily engaging in keyword monitoring of social media. Callahan admitted in sworn testimony that the bulk of the keywords used by DHS were chosen as the result of being included in commercially available, off-the-shelf bulk packages. These bulk keyword packages were later customized according to DHS specifications.

The DHS, meanwhile, is truly interested in breaking news tweets. The Twitter handles, Facebook names and blog urls of first witnesses to news events (the attempted assassination of Gabrielle Giffords and a January 2012 bomb threat at an Austin, Texas, school were specifically cited) are being recorded. Homeland Security claims this information is only used to verify reports, and that dossiers are not being assembled on private citizens and that personally identifying information is regularly scrubbed from their servers.

Another worrying tendency is the fact that DHS appears to be keeping tabs on individual American citizens engaged in community activism and hot-button political issues.