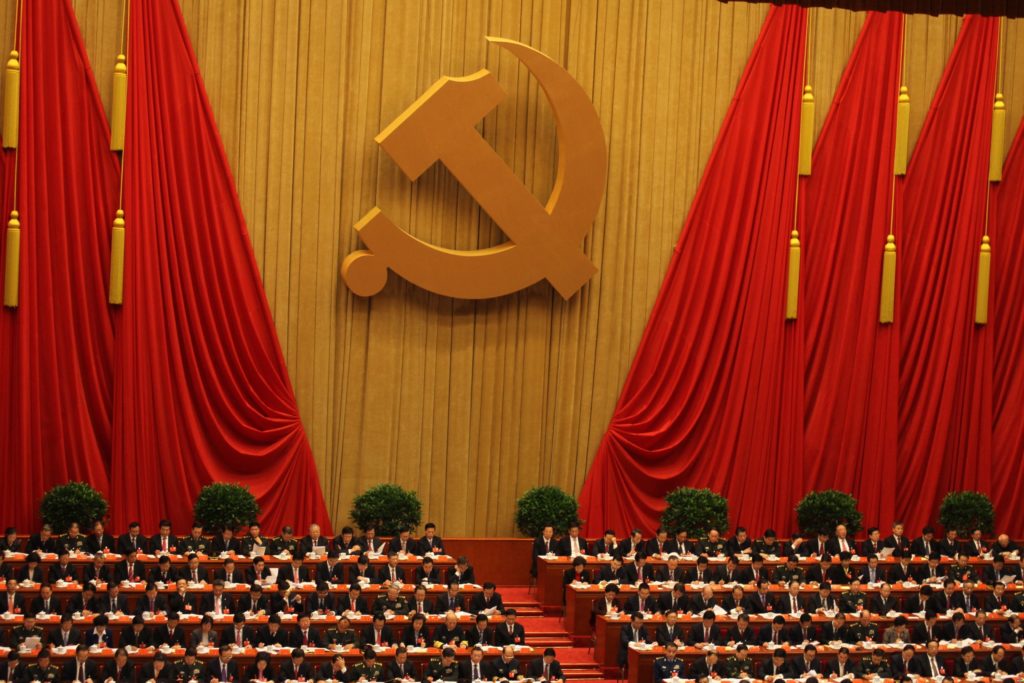 Digital Slavery: When China Gets Inside Your Head

Some call it Surveillance Capitalism, others Green Economy or Sustainable Development. Until Technocracy is recognized for what it is, no one will fully understand what we are facing or what to do about it. ⁃ TN Editor

After reading the John Lanchester review of two new books on China’s surveillance totalitarianism (I wrote about the Lanchester book here, in connection with the NBA scandal), I bought one of the titles: We Have Been Harmonised: Life In China’s Surveillance State, by Kai Strittmatter. As regular readers know, I am forced by my new book project to limit my readings to subjects related to totalitarianism. From Lanchester’s review, I sussed that what’s going on in China today is exactly what I fear is coming here, regarding “soft totalitarianism.” Mind you, there is nothing “soft” about what is being done to the Uighurs of Xinjiang by that bloody regime in Beijing. But overall, the iron fist is very much in a velvet glove in communist China, thanks to technology.

I stayed up till after midnight last night reading Strittmatter’s book. It’s stunning stuff. The future I’ve been imagining all year, as I’ve worked on this project, already exists in China.

Excerpts from the book by Strittmatter, a German journalist who lived and worked in China:

The China we once knew no longer exists. The China that was with us for forty years – the China of ‘reform and opening up’ – is making way for something new. It’s time for us to start paying attention. Something is happening in China that the world has never seen before. A new country and a new regime are being born. And it’s also time for us to take a look at ourselves. Are we ready? Because one thing is becoming increasingly clear: over the coming decades, the greatest challenge for our democracies and for Europe won’t be Russia, it will be China. Within its borders, China is working to create the perfect surveillance state, and its engineers of the soul are again trying to craft the ‘new man’ of whom Lenin, Stalin and Mao once dreamed. And this China wants to shape the rest of the world in its own image.

The Party believes it can use big data and artificial intelligence (AI) to create steering mechanisms that will catapult its economy into the future and make its apparatus crisis-proof. At the same time, it intends to use this technology to create the most perfect surveillance state the world has ever seen. Ideally, one where you can’t even see the surveillance, because the state has planted it inside the heads of its subjects. This new China won’t be a giant parade ground characterised by asceticism and discipline, as it was under Mao, but an outwardly colourful mix of George Orwell’s 1984 and Aldous Huxley’s Brave New World, where people devote themselves to commerce and pleasure and in so doing submit to surveillance of their own accord. Still, for the vast majority of subjects, the potential threat of state terror will remain ever-present, the background radiation in this Party universe.

Something close to James Poulos’s concept of the Pink Police State.

It’s time for the democracies of the West to recognise China as the challenge that it is. A confident, increasingly authoritarian China, that is changing the rules of the game every day. This is not the China that the optimists once dreamed of: a country that might go down the same route as South Korea or Taiwan and, having reached a similar stage of economic development, set out along the path to democracy. It is a Leninist dictatorship with a powerful economy and a clear vision for the future: this China wishes to reshape the world order according to its own ideas, to be a model for others, to export its norms and values. And make no mistake: these norms and values are not ‘Chinese’ – they are the norms and values of a Leninist dictatorship. China is creating global networks, increasing its influence. And the liberal democracies are being confronted with this new China just when the West is showing signs of weakness, and the world order it has constructed over the past few decades is sliding into crisis.

The gulf between official and non-official language is wider in authoritarian societies than in others. But because the private sphere is deprived of oxygen in totalitarian systems, people who live under them have official language forced on them at every turn. As a result, they develop split personalities – all the more so when the language of propaganda is the language of lies – and end up adopting what George Orwell perceptively called Doublethink and Doublespeak in 1984: ‘To know and not to know, to be conscious of complete truthfulness while telling carefully constructed lies, to hold simultaneously two opinions which cancelled out, knowing them to be contradictory and believing in both of them, to use logic against logic, to repudiate morality while laying claim to it, to believe that democracy was impossible and that the Party was the guardian of democracy’. Each subject acts a part, to his neighbours, his colleagues, the political apparatus – and as long as he is aware of this, he can still laugh or sigh about it in secret. For most people, though, the part they act quickly becomes flesh and blood, and because it is impossible to keep the two spheres perfectly separate, the language of the political apparatus always winds up corrupting the language of the people.

This state of living is hard to imagine in the US. But not as hard as it ought to be. Almost every day I hear from readers — some in corporate America, some in academia — who tell me stories about how they walk on eggshells in their workplace, out of fear of saying something that offends against political correctness. This almost always has to do with homosexuality or transgenderism.

One lawyer told me recently that in his white-shoe law firm, everyone during Pride month was expected to take one of the firm-provided rainbow flags and display it at their desk as a sign of solidarity. He declined to do it. He said not one word about LGBT, but his Bartleby-the-Scrivener-like withholding of assent was the only one like it in the entire firm. He is sure that it was noticed, and that this is going to have consequences at some point.

What is so interesting to me about this is that people are not simply afraid of saying the “wrong” thing; they are afraid of failing to say the “right” thing. Political correctness lives in their heads, because it has, or can have, real-world consequences for them. Nobody is going to a gulag because they refuse to use the politically correct pronoun, but doing that sets one apart as politically unreliable — a “bigot” who contributes to a “hostile work environment” that makes LGBT people feel “unsafe” — and paves the way for a future dismissal.

Now, an employee may know that when he refers to the man in the dress in the workplace as “she,” that he is following a professional convention, and that the language does not reflect biological reality. Perhaps he feels safe in recognizing that he only has to lie in that way in the office. But consider that more and more of us will be going into private spaces — our homes, the homes of our friends — that are monitored by smart speakers. We know that these things monitor, and even record, our conversations, and that in some cases these conversations are stored. People love smart speakers: “Alexa, play some John Coltrane.” They are becoming accustomed to living with that technology, because it makes life more convenient and pleasant.

In this way, they are becoming accustomed to being monitored. If the government installed a smart speaker in your house, you would scream bloody murder. But if you order one from Amazon and use it to fulfill your consumer needs, you welcome surveillance technology into your living space.

This is how it’s going to happen in America. This is how it is happening in America. We’re going to swallow the bitter pill of technocratic tyranny because it is covered with the honeyed narcotic of consumer convenience.

Now, Edward Snowden has revealed that the US government has the technological capacity to spy on anyone with an internet connection anywhere in the world, in real time. The NSA can activate the camera and microphone in your laptop or your smartphone, without you knowing it. Snowden writes in his new book about how the NSA has built the capacity to capture and store all digital communications (he quotes a public speech that the CIA’s top tech guy gave, in which he revealed this). It is impossible to monitor all of it, but they don’t have to. Voice recognition software, and facial recognition software, does this automatically, and flags for agents things that are potentially problematic, from the agency’s point of view.