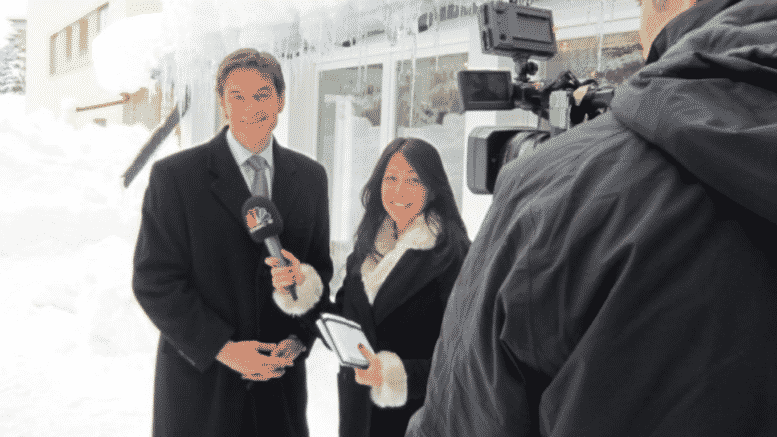 Posted By: Raymond Wolfe via Livesitenews May 19, 2022

Please Share This Story!
PDF 📄
As votes are recounted in a very close GOP primary in Pennsylvania, some voters are trying to reconcile former President Donald Trump’s endorsement of Dr. Mehmet Oz, who was named a “Global Leader of Tomorrow” by the World Economic Forum in 1999. The WEF’s Great Reset ideology is anathema to the “America First” political philosophy. ⁃ TN Editor

Dr. Mehmet Oz, a GOP Senate candidate, was a member of the World Economic Forum, the head of WEF’s ‘Global Leaders of Tomorrow’ health initiative, and developed a ‘health manual’ for the WEF aimed at ‘millions’ of people who he said had ‘abdicated responsibility for their own well being and the overarching needs of society.’

Ahead of Pennsylvania’s Republican Senate primary election on Tuesday, posts circulating online have drawn attention to the fact that Dr. Mehmet Oz, a celebrity physician and TV host vying for the GOP nomination, has connections to the World Economic Forum (WEF).

The WEF is a left-wing lobbying group known for hosting international government and business elites at annual summits in Davos, Switzerland. In 2020, the WEF notably launched its “Great Reset” program “to revamp all aspects of our societies and economies.”

The project, which counts the support of U.N. Secretary-General António Gutteres and Biden administration climate czar John Kerry, seeks to transform the global financial system according to the tenets of “stakeholder capitalism,” an economic framework condemned by critics as a form of socialism. Other focuses of the “Great Reset” include “digital identity,” “LGBTI inclusion,” “vaccination,” and “global governance,” according to the WEF’s website.

“Every country, from the United States to China, must participate, and every industry, from oil and gas to tech, must be transformed,” WEF founder and chairman Klaus Schwab said of the “Great Reset” in June 2020.

What about Dr. Oz?

Kathy Barnette, a fellow GOP Senate candidate, has slammed Oz in recent days over his links to the WEF, as have several posts on social media. Polling shows Oz in a statistical tie with Barnette, a pro-life, conservative commentator and businesswoman.

David McCormick and Mehmet Oz are both globalists in bed with the World Economic Forum.

In an interview with Newsmax on Monday, Oz criticized Barnette’s claims about his involvement with the WEF as “distractions” and “ancient history.”

But he didn’t deny the accusations, and the record shows that Oz’s ties to the World Economic Forum run deep and go back decades.

Oz, a Muslim and son of Turkish immigrants, initially rose to fame as a celebrity heart surgeon known for merging Eastern spirituality with Western medical practices.

The World Economic Forum named him a “Global Leader of Tomorrow” in 1999, around the time he released his book Healing from the Heart, which details how he combines traditional medicine with “such Eastern techniques as acupuncture and chi-gong, as well as such controversial therapies as hypnosis, music, massage, reflexology, aromatherapy, and energy healing.” Oz was as a WEF “Global Leader of Tomorrow” for five years, until 2004.

At the World Economic Forum in 2002, Oz presented what he called a “health manual for society” to “touch the millions” of people who he said had “abdicated responsibility for their own well being and the overarching needs of society.”

Oz’s health model, called the “The Possible Human,” argued for treating health as “not just a right” but as “an economic resource” and urged “partnering the private and public sectors in addressing global — and local — health policy,” according to a news release from Columbia University, which Oz joined as a professor in 2001.

Oz served as head of the health initiative of the WEF’s Global Leaders of Tomorrow program, and his “The Possible Human” project emerged out of that role, according to the news release.

The article adds that Oz was chosen as a Global Leader of Tomorrow through previous meetings of the World Economic Forum that he attended.

“I originally participated in the World Economic Forum as a Columbia University faculty member, mainly because of my joint initiatives in mechanical heart support and integrative medicine,” Oz said. “But the bigger topic I have addressed is health care and technology, and specifically, the economics of this issue.”

“We now have advanced medical technology; the question we must ask is, which technology yields the greatest benefit for society?”

I'm having a wonderful time at the World Economic Forum in Davos, Switzerland. Such a beautiful country. pic.twitter.com/VD8u8Fvy

Though Oz has sought to distance himself from the WEF since announcing his candidacy, many of his recent stances have aligned with those of the globalist group that backed his early career.

Like the WEF, Dr. Oz has long been a supporter of the LGBTQ movement. He denounced therapy for homosexuality at the insistence of pro-LGBT lobby groups in 2012 and has extensively promoted transgender lifestyles, as LifeSiteNews has reported. In a 2008 interview with National Review of Medicine, Oz defined himself as “not socially conservative” and noted his opposition to “intruding into the private lives of homosexuals.”

Oz has also strongly endorsed COVID-19 vaccination, describing the controversial jabs as a “gift to the world” and producing an ad for the Turkish government encouraging vaccination in 2021. And Oz has on numerous occasions repeated claims of widespread “systemic racism” and racial bias, other touchstones of the “Great Reset.”

Dr. Mehmet Oz is connected to the World Economic Forum. The celebrity doctor has been a member of the WEF, attended the group’s meetings, led the health initiative of the WEF’s “Global Leaders of Tomorrow” program, and oversaw what he described as a “health manual for society” for the organization.

Trump signed more private public partnership than any other president. PPPs are the tool being used to undermine the constitution and our country. Wake up America!!!

He’s a closet something for sure.

“…he didn’t deny the accusations, and the record shows that Oz’s ties to the World Economic Forum run deep and go back decades.”

He can only lie about what is thoroughly documented. NOTHING is ancient history with the WEF. NOTHING. He’s one of them.

“Oz has also strongly endorsed COVID-19 vaccination, describing the controversial jabs as a “gift to the world” and producing an ad for the Turkish government encouraging vaccination in 2021.”

RINO ALERT! These two statements are all you need to know about OZ. Except? Don’t vote for him.

Another celebrity getting into politics. Not impressed with him at all.

People really need to get rid of this ‘left vs right’ illusion paradigm; the WEF doesn’t have political colours, and their master have always called themselves “internationalists” – and this alone says a lot.

absolutely correct. That said, the man about which this story is told is someone voters do need to focus on if they do not want to install a KNOWN WEF-YGL.

It is not the first time Trump shows complete inability to judge a person and the character. I think he is an easy victim to flattery and overestimated his own capabilities and talents. Its time to roll out DeSantis.