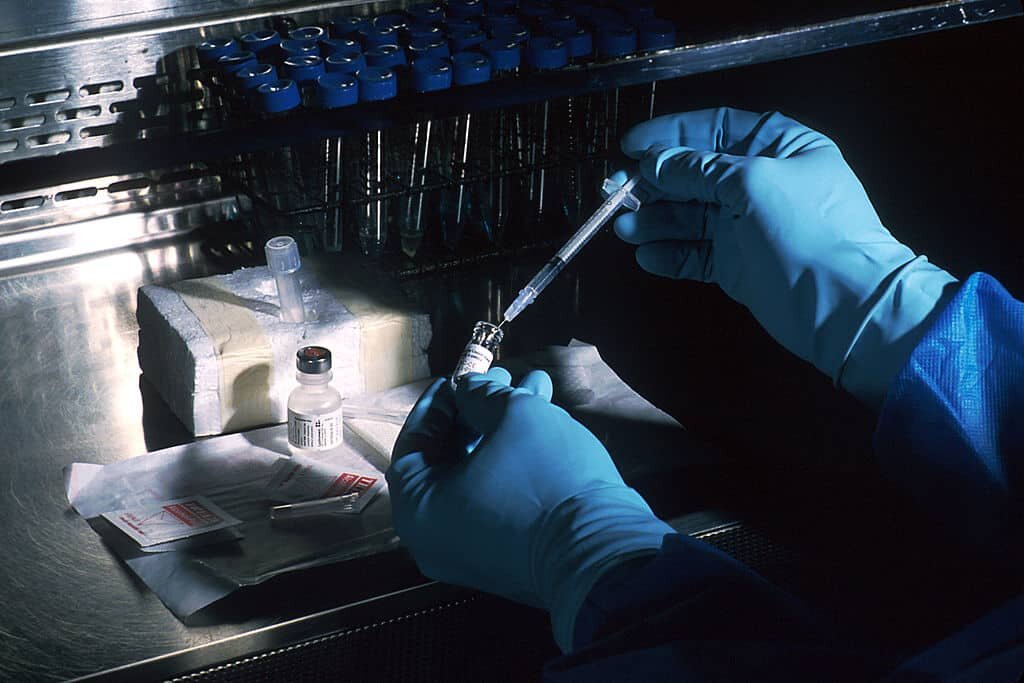 Does The Coronavirus Pandemic Serve A Global Agenda?

The battle over universal mandated vaccines is clearly on the horizon, and this could be Big Pharma’s most desired outcome of the coronavirus panic. Big Pharma has politicians eating out of their hand all around the world.

The big question is, do you want the government to mandate what gets injected into your body? ⁃ TN Editor

For those who follow the global immunization agenda and its implementation on different continents, the announcement of a new pandemic didn’t come as a surprise.  “Pandemic preparedness” has been well-funded and a buzz word for a long time before becoming a priority at the last G7 summits, the Davos World Economic Forum and other meetings of global governance. The latest simulation for preparedness was Event 201,[1] a rehearsal of a coronavirus pandemic organized on October 18, 2019 in New York by Johns Hopkins University, the Gates Foundation and the World Economic Forum.

The Presidential election campaign in the United States and the controversial mandatory measles vaccination law in Germany provided perfect timing. What better than viral terror to influence public opinion and health policies on vaccine battles raging on both sides of the Atlantic?

To the majority who have never heard about this, one should remember that in 2014, the first Global Health Security Agenda (GHSA) meeting [2] was held at the White House, a few months after the whistleblower William Thompson raised the alarm on fraud committed by the CDC in the MMR vaccine safety study. That revelation led to increasing distrust in vaccination and public health institutions.  So at the GHSA meeting, the US Health and Human Services Department, the World Health Organization (WHO), the Bill and Melinda Gates Foundation, the Global Alliance for Vaccination and Immunization (GAVI) and health officials from dozens of countries  decided to create a “health security” agenda for the world.  Its main goal was to vaccinate the entire population of the planet and drive changes in national legislation to do so. They agreed on the priority to achieve 90% measles vaccination coverage around the globe and to use arguments of “health emergencies” and “security threats” to bypass informed consent laws and constitutional rights.

Soon after that meeting, the big “measles scare” campaign started in Disneyland in December 2014, leading to the removal of vaccine exemption rights in California. Meanwhile, Italy, which had been designated to be the forerunner of this agenda in Europe, set things in motion to mandate eight additional childhood vaccines.

The movie Vaxxed then came out in April 2016, during the Presidential campaign.  Many American families voted for Donald Trump, hoping that he would create a commission to investigate vaccine safety, as he seemed to have a particular interest. Hillary Clinton, on the other hand, repeated that “the science is clear, the earth is round, the sky is blue and vaccines work” throughout her campaign. A few days before the November 2016 vote,[3] President Obama signed major US funding for the GHSA, together with the Bill and Melinda Gates Foundation.

Unfortunately, after the election, the vaccine safety commission that was supposed to be led by Robert F. Kennedy, Jr. never came to pass. On the contrary, draconian vaccine legislation made its way to several states. California, for example, which had already abolished personal belief exemptions, stripped away almost all medical exemptions in 2019, commencing a medical inquisition against doctors who put their patients first.[4]  Many Californians, realizing that their Eldorado had become a gilded cage, moved to freer states for vaccine choice, like Texas or Idaho.[5]

In 2020, vaccines could weigh even more heavily in US elections. In fact, one could almost say that a vaccine war is going on across the US.  After California, states like New Jersey, Maine, Connecticut, Virginia, Hawaii, Colorado and many others are trying to adopt harsher vaccine laws.  But vaccine freedom advocates are getting more organized, too, putting pressure on elected officials and candidates and even introducing their own legislation. For example, after the New Jersey legislature twice failed to pass a repeal of the religious exemption, even though Speaker Steven Sweeney vowed to “go to war” to get it passed, legislators proposed several vaccine safety bills.[6] The Maryland legislature refused to allow pharmacists to administer vaccines, and in South Dakota, the legislature considered, although rejected, a bill that would have completely prohibited all medical mandates of any kind.[7]