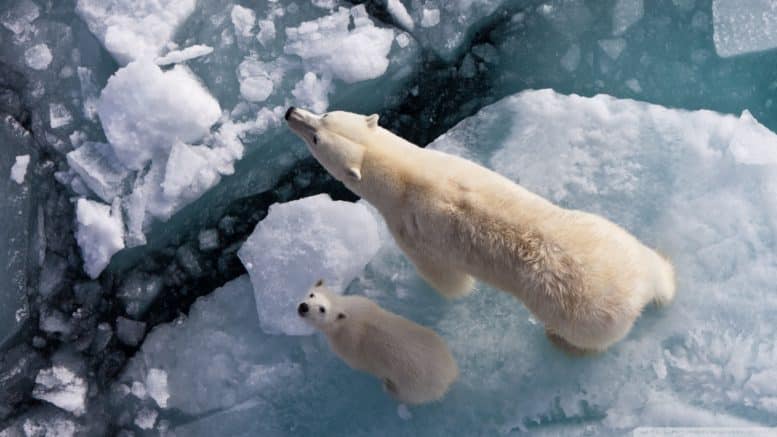 Please Share This Story!
PDF 📄
Technocracy is defined as “the science of social engineering”, which is no science at all. The use of ‘science’ as a tool for social manipulation is thoroughly confusing to most people until they understand the motive behind the deception. ⁃ TN Editor

It’s difficult to convince people that the science behind the claim of human-caused global warming is wrong. The technocrats developed their own language and technical terms to protect their control over the information; to make people pay a higher price for their services; to ensure they remain unaccountable for their actions.  The three lawsuits filed to silence me from explaining their science in ways the public could understand, and all came from technocratic members of the Intergovernmental Panel on Climate Change (IPCC). After you successfully convince the people about the deceptive use of science, you confront a more difficult problem. You must explain the motive to people who can’t believe that scientists would corrupt science, use it for a political agenda, or that a few people can fool the world.

It is 28 years since Channel 4 in the UK produced The Greenhouse Conspiracy.  It covered all the things that were wrong with the AGW theory. They are still valid, but now time-tested. Unfortunately, most people still don’t understand how it disproves the theory, despite all the efforts to educate people about the misuse of science. The bureaucratic technocrats, including those funded by them, who created and promote the deception, rarely respond to scientific challenges. Why bother when the public doesn’t understand? However, they respond when you discuss the motive behind their actions.

There are signs that the skeptics are influencing public opinion, but overall little has changed. The public is in a holding pattern. They know something is wrong as reflected in a growing distrust of science generally, and climate science specifically. A quote from a Pew Center report explains.

“Overall, many people hold skeptical views of climate scientists and GM food scientists; a larger share express trust in medical scientists, but there, too, many express what survey analysts call a “soft” positive rather than a strongly positive view.”

This partially confirms the holding pattern. They don’t know whom to trust, so they set it aside. They are afraid of talking about a subject they don’t understand. This follows Mark Twain’s advice,

“It’s better to keep your mouth shut and appear stupid than open it and remove all doubt.”

Figure 1 shows the Pew Center poll of public priorities with “climate change” 18th out of 19.

Figure 2 shows results from a 10 million people UN poll in several countries that reinforces the holding pattern claim. Climate change is 16th out of 16. 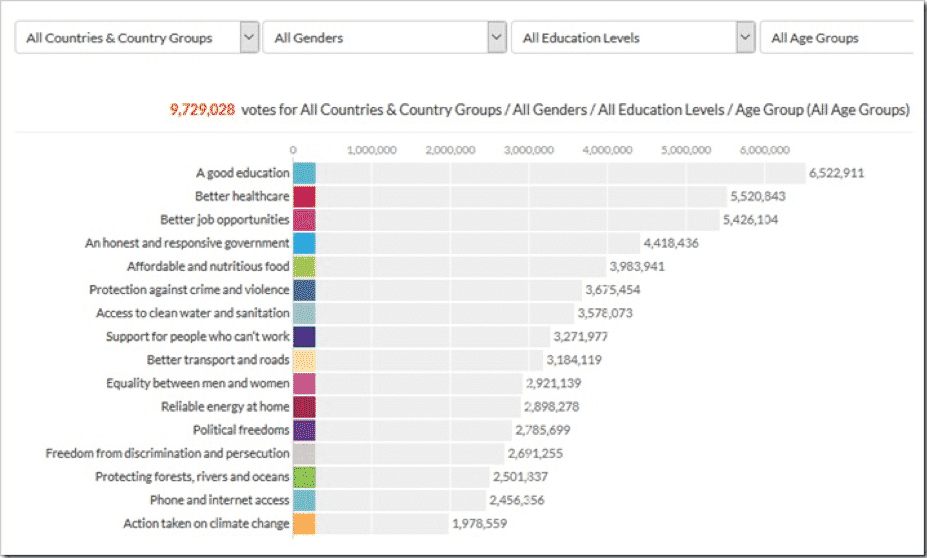 People are in a holding pattern for other reasons. One is the failure of skeptics to provide an alternative explanation. The answer is the Sun, but few skeptics explain how and why, because most are unable.

People can’t believe that a small group of people could fool the world, however, as anthropologist Margaret Mead observed,

“Never doubt that a small group of thoughtful, committed citizens can change the world. Indeed, it is the only thing that ever has.”

This belief is an extension of the adage that no one person can change the world. In reality, it is always one person, for example, Hitler, Mao Zedong, and Karl Marx. Unfortunately, it is always for the worse.

Another reason the public doesn’t believe the skeptics is because the technocrats effectively marginalize opponents as members of fringe groups, such as global warming skeptics or climate change deniers. Those pejoratives fail because all scientists are skeptics, and nobody denies that climate changes: what they deny is that humans are the cause. The final last-ditch attack is that you are a conspiracy theorist. It works because most don’t like an association with losers or extremists. The reality is conspiracies do occur, otherwise, the word would not exist.

Evolution and adaptation of this as a weaponized term was explained by one author as follows.

“Conspiracy theory” is a term that at once strikes fear and anxiety in the hearts of most every public figure, particularly journalists and academics. Since the 1960s the label has become a disciplinary device that has been overwhelmingly effective in defining certain events off limits to inquiry or debate.”

If you accept the conspiracy argument, you usually believe that it was carried out by a large group. However, one definition dispels that myth.

“An agreement between two or more persons to commit a crime or accomplish a legal purpose through illegal action.”

A few other indicators of public reticence include,

The final reason people are watching is that perpetrators of the false AGW claim had a choice when evidence contradicted their claims and predictions. Admit they were wrong, or double down. They chose the latter. The only option then is to become more extreme in every way, and that only confirms what the public suspect. The role of extremists is to define the limits for the majority, and it is working again as always.