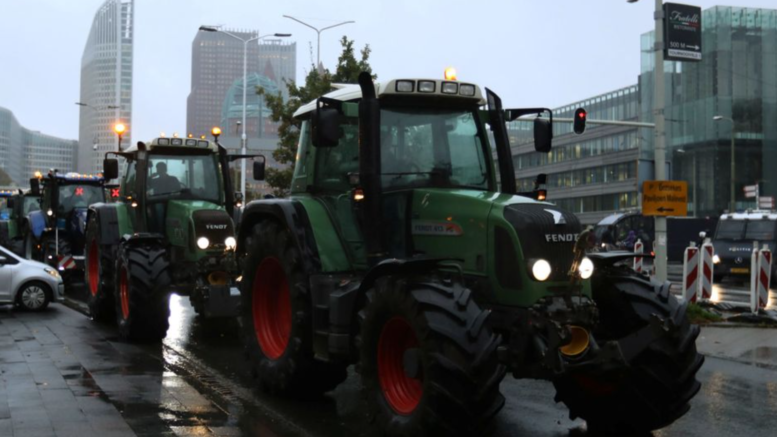 Please Share This Story!
PDF 📄
The war on food in the Netherlands is spawned by the UN’s 2030 Agenda on Sustainable Development, aka Technocracy. Controlling food, controls populations. Taking away fertilizer controls food. Dutch farmers recognize this and are fighting back; we need to support this important part of the resistance in every way possible. Famines kill.

The war on food is not a conspiracy theory. Don’t let anyone browbeat you with that nonsense. The UN has declared war on ranchers and farmers throughout the world. They have openly written about their hostility toward industrial farming and ranching, substituting other sources of protein such crickets and other insects. The Netherlands government bought the UN’s propaganda hook, line and sinker, and proceeded to demolish its own ag industry. This is a war against all humanity and will have devastating effects unless it is terminated immediately. ⁃ TN Editor

Dutch farmers are protesting the government’s attempts to restrict their operations as part of its “climate change” agenda.

“Our government is following a climate agenda — the 2030 Agenda, more broadly speaking — and they’re saying that the Netherlands has nitrogen and ammonia emissions that are too high, threatening the climate [and] local nature, and that they need to be cut down.”

The Dutch government says 30 percent of the country’s livestock will need to be eliminated to curb “nitrogen pollution” in accordance with its ostensibly environmental goals.

Vlaardingerbroek noted that the Dutch government intends to seize lands from farmers as part of its “climate change” policy.

She remarked, “We have mass migration [and] have open borders. We have so many immigrants coming to our country, and the government has no place to house them.”

“There are actual state documents that have surfaced in which it is black on white written that … they’re going to actually use the expropriated land for building refugee crisis center,” she added.

“It’s always always you — ordinary civilian, ordinary citizen — that has to give up his or her rights,” she stated. “So that’s the trend here. That’s what people need to start seeing. That’s the real agenda that our governments have, and of course, the food supply — the farmers — what better way to control people than by controlling their food supply?”

This is absolute garbage. Farmers should continue planting and reaping as per usual, all this climate change rubbish and WEF rest dummery being followed by so-called intelligent leaders. People need to rise up and eradicate the dummies on charge instead of their crops.