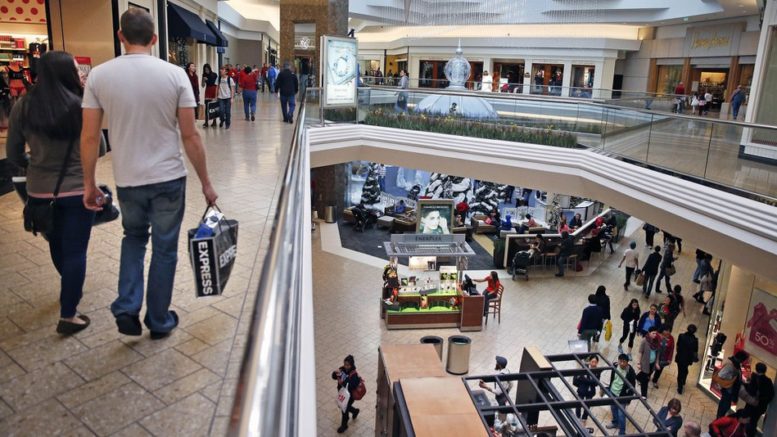 Please Share This Story!
PDF 📄
This is dystopia on steroids as cloud-based facial recognition builds databases of “offenders” and then shares it with other stores. If you get busted in one place, you might be denied to ever shop again. ⁃ TN Editor

At my bodega down the block, photos of shoplifters sometimes litter the windows, a warning to would-be thieves that they’re being watched.

Those unofficial wanted posters come and go, as incidents fade from the owner’s memory.

But with facial recognition, getting caught in one store could mean a digital record of your face is shared across the country. Stores are already using the technology for security purposes and can share that data — meaning that if one store considers you a threat, every business in that network could come to the same conclusion.

One mistake could mean never being able to shop again.

While that may be good news for shopkeepers, it raises concerns about potential overreach. It’s just one example of how facial recognition straddles the line between being a force for good and being a possible violation of personal privacy. Privacy advocates fear that regulations can’t keep up with the technology — found everywhere from your phone to selfie stations — leading to devastating consequences.

“Unless we really rein in this technology, there’s a risk that what we enjoy every day — the ability to walk around anonymous, without fearing that you’re being tracked and identified — could be a thing of the past,” said Neema Singh Guliani, the American Civil Liberties Union’s senior legislative counsel.

The technology is appearing in more places every day. Taylor Swift uses it at her concerts to spot potential stalkers, with cameras hidden in kiosks for selfies. It’s being used in schools in Sweden to mark attendance and at airports in Australiafor passengers checking in. Supermarkets in the UK are using it to determine whether customers are old enough to buy beer. Millions of photos uploaded onto social media are being used to train facial recognition without people’s consent.

Revenue from facial recognition is expected to reach $10 billion by 2025, more than double the market’s total in 2018. But despite that forecast for rapid growth, there’s no nationwide regulation on the technology in the US. The gap in standards means that it’s possible the technology being used at US borders could have the same accuracy rate as facial recognition used to take selfies at a concert.

Accuracy rates matter — it’s the difference between facial recognition determining you’re a threat or an innocent bystander, but there’s no standard on how precise the technology needs to be.

Without any legal restrictions, companies can use facial recognition without limits. That means being able to log people’s faces without telling customers their data is being collected.

Two facial recognition providers told CNET that they don’t check on their customers to make sure they’re using the data properly. There are no laws requiring them to.

“So far, we haven’t been able to convince our legislators that this is a big problem and will be an even larger problem in the future,” said Jennifer Lynch, surveillance litigation director at the Electronic Frontier Foundation. “The time is now to regulate this technology before it becomes embedded in our everyday lives.”

At the International Security Conference in New York last November, I walked past booths with hundreds of surveillance cameras. Many of them used facial recognition to log my gaze.

These companies want this technology to be part of our daily routines — in stores, in offices and in apartment buildings. One company, Kogniz, boasted it was capable of automatically enrolling people as they enter a camera’s view.

“Preemptively catalogues everyone ever seen by the camera so they can be placed on a watchlist,” Kogniz’s business card says.

his technology is available and advertised as a benefit to stores without any privacy concerns in mind. As more stores adopt this dragnet approach to facial recognition, data on your appearance could be logged anywhere you go.

If a logged person tries entering the store, Kogniz’s facial recognition will be able to detect that and flag security, Daniel Putterman, the company’s co-founder and director, said in an interview.

And it’s not just for that one location.

“We are a cloud system, so we’re inherently multi-location,” Putterman said.

If someone is barred from one store because of facial recognition, that person could potentially be prevented from visiting another branch of that same store ever again.

Kogniz also offers a feature called “collaborative security,” which lets clients opt in to share facial recognition data with other customers and share potential threats across locations. That would mean facial recognition could detect you in a store you’ve never even visited to before.