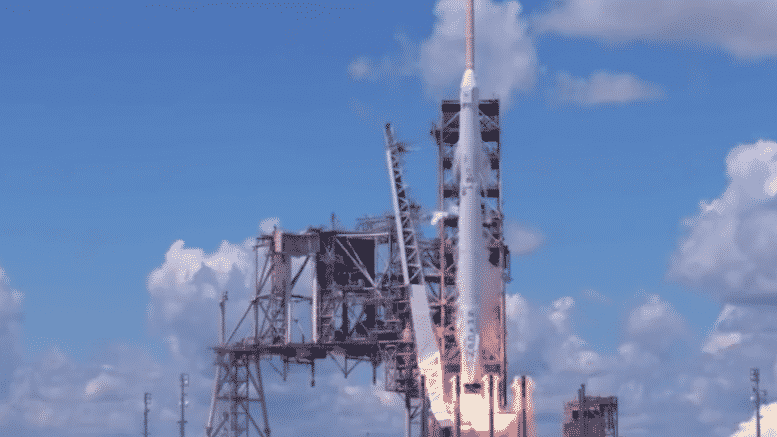 Half the world – mostly rural area – still has no Internet, but Technocrats are committed to ‘No Person Left Behind’, which is essential for Technocracy to take hold completely. They will not rest until every person on earth is connected to the grid electronically.  ⁃ TN Editor

Elon Musk’s SpaceX moved closer to another orbital frontier as regulators advanced its application to launch a low-orbit constellation of satellites and join a jostling field of operators trying to cash in on broadband service from space.

“To bridge America’s digital divide, we’ll have to use innovative technologies,” Pai said in an emailed statement. “Satellite technology can help reach Americans who live in rural or hard-to-serve places where fiber optic cables and cell towers do not reach.”

The FCC’s move comes as U.S. politicians call for improved internet service in rural areas. President Donald Trump’s infrastructure proposal lists broadband, or high-speed internet service, as eligible for funding alongside traditional projects such as roads and bridges. Some Democratic lawmakers have criticized the lack of dedicated broadband funding.

John Taylor, a SpaceX spokesman, didn’t immediately comment or give further details on the company’s plans, but the FCC last year said SpaceX had requested authority to deploy and operate a constellation of 4,425 satellites operating roughly 700 to 800 miles above the Earth (or 1,110-to-1325 kilometers).

Musk founded SpaceX in 2002 to revolutionize space technology, with the ultimate goal of enabling people to live on other planets. The Hawthorne, California-based company currently flies the Falcon 9 rocket and last weeklaunched the Falcon Heavy, the world’s most powerful rocket in 45 years. SpaceX flew two of its spent boosters back to the Florida coast for a simultaneous recovery on land.

Entering the satellite broadband market would add to Musk’s already wide array of business pursuits. The billionaire sells electric cars, solar products and batteries through Tesla Inc. and has been hawking hats and flamethrowers to fund Boring Co., which plans to build underground tunnels for cities including Los Angeles. He also co-founded Neuralink, which is developing technology to connect human brains with computers, and OpenAI, a nonprofit advocating for the responsible development of artificial intelligence.