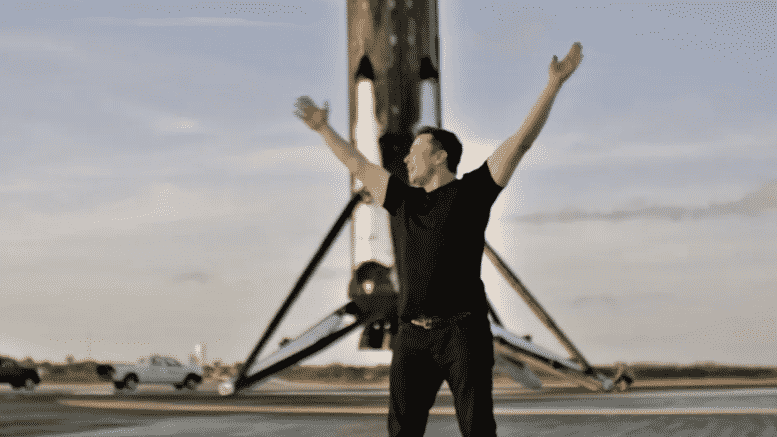 Please Share This Story!
PDF 📄
As the world’s richest person and consummate Technocrat, Elon Musk provides a glimpse into his bizarre thinking: he believes that the entire planet will go extinct because the sun is expanding. The only path to species survival is to “flee to the stars” and colonize outer space. Those who embrace Musk’s success and “genius” should be very careful about what they are dealing with. ⁃ TN Editor

Earth is in the midst of a sixth mass extinction event, this time caused by human hands, a new study suggests.

The five previous ones were caused by natural phenomena, either due to natural climate shifts or asteroid impacts. This sixth one, however, was anything but natural, according to a study published in the peer-reviewed academic journal Biological Reviews.

The current extinction event is not even a new phenomenon, but has been going on since at least the 16th century.

Some deny this is happening. Or, more precisely, they deny that decline or outright extinction of many species point to a mass extinction event. But the study, led by the University of Hawaii’s Prof. Robert Cowie, argues that this is the result of bias.

Most of these assessments focus on mammals and birds, the research professor said, completely overlooking invertebrates, the majority of biodiversity on Earth.

The severity of the situation varies. Specifically, plant life is impacted at a slower rate, and land-based species – specifically on islands like Hawaii – are much more affected than on continents.

Is the loss of species a natural phenomenon?

“Humans are the only species capable of manipulating the biosphere on a large scale,” Cowie emphasized in a statement. “We are not just another species evolving in the face of external influences. In contrast, we are the only species that has a conscious choice regarding our future and that of Earth’s biodiversity.”

This is especially problematic because if humanity is causing the crisis, we’re also the only ones who can solve it – and we’re not very good at that.

Conservation efforts are possible in theory and have been used successfully for some species. But only certain ones are helped, while the overall trend seems impossible to reverse.

The political will to fight the problem is lacking, Cowie claims.

And if people continue to deny that a sixth mass extinction event is even occurring, the situation will only get worse.

“Denying the crisis, accepting it without reacting, or even encouraging it constitutes an abrogation of humanity’s common responsibility and paves the way for Earth to continue on its sad trajectory towards the Sixth Mass Extinction,” he warned

Cowie isn’t the only one who recognizes the problem, though others may have a very different approach to both the nature of the problem and its solution.According to billionaire entrepreneur Elon Musk, in direct response to a tweet about Cowie’s study, it is inevitable that all life on Earth will go extinct – regardless of the mass extinction event being done by human hands.

Rather than humans being the cause, though, he points to a crisis of a very different nature: The expansion of the Sun.

But this can also be averted, he argued, should humanity spread throughout the stars and become a multi-planetary civilization.

Musk has proposed this many times before, specifically colonizing Mars, and has made clear his ambitions through ventures of his company SpaceX.

No thanks, I will risk it here until the good Lord takes me home!

I don’t trust Elon Musk. He reminds me of Bill Gates. When Microsoft first came on the scene everyone thought Gates was the greatest thing since sliced bread. NOT – as we have seen the havoc Gates has wrought on the planet. Elon Musk is cut from the same cloth.

He’s smoked so much pot he’s damaged his brain. Be careful with this one, he’s not right in the head.

SEEEEE ya!…..Elon!! Take yourself, and your PSYCHOPATHIC ‘friends’, and GTF OFF of OUR (HUMANS) Planet!! Once ALL of you PSYCHOPATHS are OFF of this planet……we will NO LONGER be ‘doomed’! Mmmmm…..buh-bye!!!

“Genius”: ‘An exceptional natural capacity of intellect’. “Intellect”: ‘The power of the mind by which one knows or understands.” Random House Dictionary. No, I would not call him a genius, Atheist Elon Musk is a fraud! Not many are saying it. Actually, God says he and all those who are atheist are fools, “ The fool hath said in his heart, there is no God. They are corrupt, they have done abominable works, there is none that doeth good.  The Lord looked down from heaven upon the children of men, to see if there were any that did understand, and seek God.  They… Read more »

Elon Musk is intelligent. I am 58 years old and I have been studying anti-gravity and free energy generators that run the Antigravity propulsion system. I know can build anti-gravity spacecraft but need funding. Elon Musk is likely researching and developing anti-gravity behind the scenes. I believe if Elon Musk and I got together I could supercharge elon’s development in anti-gravity. You are knows exactly what are you speaking of however none of you will realize that. I have often said but the end of the Earth is near and therefore anti-gravity is the most important development in this time.… Read more »

Musk is a cult owned NWO puppet, who cares what that slag has to say?