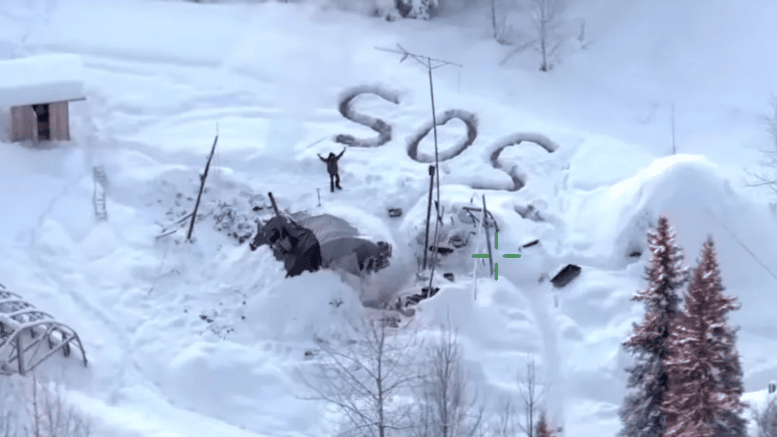 Please Share This Story!
PDF 📄
The contrived war in Ukraine has brought Europe’s energy dependence to its knees, driving prices to the moon. Worse, there will be large pockets of population that have zero energy at any price. People will die and new riots will make the old ones look like a birthday party. Considering Biden’s war on energy in the U.S., do  you wonder what he and his son, Hunter Biden, were doing in Ukraine in the first place?

Hunter received $50,000 per month from a Ukrainian energy company, Burisma despite having no experience in the energy industry.

In Germany, where smart meters have been installed on most homes and businesses, rationing will be executed remotely and consumers will have no say or recourse. ⁃ TN Editor

A top Green Party official has caused controversy by suggesting Germans use washcloths instead of taking showers, as well as buying expensive eco-heating systems that are unaffordable for the average person.

The comments were made by Baden-Württemberg’s Prime Minister Winfried Kretschmann in response to the energy crisis, which will be exacerbated this winter as a result of gas shortages caused by the war in Ukraine.

“Even the washcloth is a useful invention,” the Green politician told Südwest-Presse.

Bragging about his own eco-credentials, Kretschmann boasted, “I have an electric car, I have a huge photovoltaic system on the roof.”

The pellet heating system Kretschmann uses in his home costs anything up to €21,000 euros and beyond, a figure completely unrealistic for Germans already struggling to pay their energy bills.

“Wired magazine reports that these devices rely primarily on wood pellets sourced from forests in the southeastern United States. They are then shipped halfway around the world to individuals like Kretschmann despite many scientists arguing that these pellets are just as polluting as coal.”

“Although they come from a renewable resource, forests are cut down across the U.S. to make this resource, and according to Greenpeace, the practice destroys biodiversity and ruins entire ecosystems. Scientists estimate it takes between 44 to over 100 years for these forests to grow back, and for those worried about climate change, they say this destruction of natural forests will cost the planet immeasurably.”

The reaction to Kretschmann’s advice probably wasn’t what the green politician anticipated, with the hashtag #Waschlappen hashtag (German for “washcloth”) trending on Twitter.

“Our country faces an energy crisis that threatens the prosperity of millions of people! And what is the answer of the green father Kretschmann? Don’t shower every day: ‘The #Waschlappen is also a useful invention.’ What kind of people actually govern Germany?” asked Gerhard Papke, the president of the German-Hungarian Society.

As we previously highlighted, Germany could be facing blackouts and the collapse of the power grid this winter after citizens began panic buying electric heaters over fears gas supplies could be cut off.

Supplies of firewood and heating stoves are also being exhausted, while cities across Germany are planning to use sports arenas and exhibition halls as ‘warm up spaces’ this winter to help freezing citizens who are unable to afford skyrocketing energy costs.

Germans have also been told to take fewer showers, wear more layers of clothing and avoid washing their clothes and driving their cars as often.

As we reported last week, the interior minister of the German state of North Rhine-Westphalia (NRW), Herbert Reul (CDU), outrageously suggested Germans who may be planning to protest against energy blackouts were “enemies of the state” and “extremists” who want to overthrow the government.

Other observers are predicting riots in response to energy shortages that will make anti-lockdown unrest look like a “children’s birthday party.”

As of Aug., 2022, there is 20% more coral on Great Barrier Reef in 2022, and last year was already at record level. Total size of the reef is about the area of California. Even the liars at Reuters had to admit it https://www.reuters.com/business/environment/parts-australias-great-barrier-reef-show-highest-coral-cover-36-years-2022-08-04/, Parts of Australia’s Great Barrier Reef show highest coral cover in 36 years By Sonali Paul and James Redmayne

See also 2022 https://www.dailywire.com/news/with-an-increase-in-coral-cover-the-great-barrier-reef-is-thriving
But don’t worry, the leftists still at it, in this absurd pseudo-scientific article at  https://theconversation.com/record-coral-cover-doesnt-necessarily-mean-the-great-barrier-reef-is-in-good-health-despite-what-you-may-have-heard-188233 . Worth reviewing to know what the talking points of the fasco-Marxist are

Relevant to this subject: https://www.veteranstoday.com/2022/08/24/book-review-future-peace-technology-aggression-and-the-rush-to-war/?mc_cid=b67c6a7c7e&mc_eid=68c0b2b273

If we could send our politicians to Gulags in Siberia to enjoy a real taste of winter a few of them might survive and return with a more respectful attitude to the cold they impose.
But somehow I doubt Russia could be persuaded to let them into their own country.