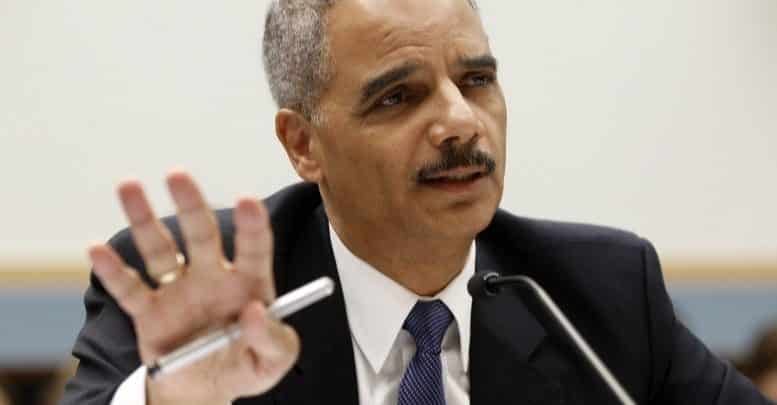 The radical left is swarming Facebook to help protect its liberal bias and censorship of conservative thought. Facebook has achieved what left-wing politicians could not accomplish in over 40 years of attempts to stamp out conservative thought in the media. ⁃ TN Editor

According to Axios, the team will be led by former Senate Republican Whip Jon Kyl. Kyl was a vocal critic of Holder during his time in the Senate, and was rated highly by conservative organizations. After Kyl retired from the Senate, he joined Covington & Burling, where Holder had previously been a high-profile partner.

The former attorney general is still a partner at Covington & Burling, and was recently retained by the state of California for their expected legal showdowns with the Trump Administration. Holder has publicly flirted with the idea of running for president in 2020, telling reporters earlier this year that he would make a decision by the end of 2018.

So, to sum up: Facebook, a California-based company, has enlisted the same firm that is providing legal advice to their state against the Trump administration, through none other than Eric Holder, to advise them on combating perceptions of bias against conservatives.

The Heritage Foundation will also be working with Facebook on the same issue.

According to Axios, the conservative think-tank will “will convene meetings on these issues with Facebook executives.” Klon Kitchen, a former adviser to Sen. Ben Sasse who now works as a tech policy expert at Heritage, has reportedly hosted an event with Facebook’s head of global policy management.

Facebook has recently been engaged in outreach to conservative organizations, but their focus has not been on censorship concerns, but instead on securing free-market allies against the threat of regulation.

One of those allies, Berin Szóka of TechFreedom, told a congressional hearing on social media censorship that regulating social media companies to protect free speech was contrary to conservative values. He did not explain how a market dominated by monopolies like Facebook and Google is still “free.”

Szóka, along with other free-market conservatives, had previously been invited to a meeting with Facebook representatives aimed at fending off the so-called “rush to regulate” the platform, which holds a dominant position in the social media market with over 2 billion users.