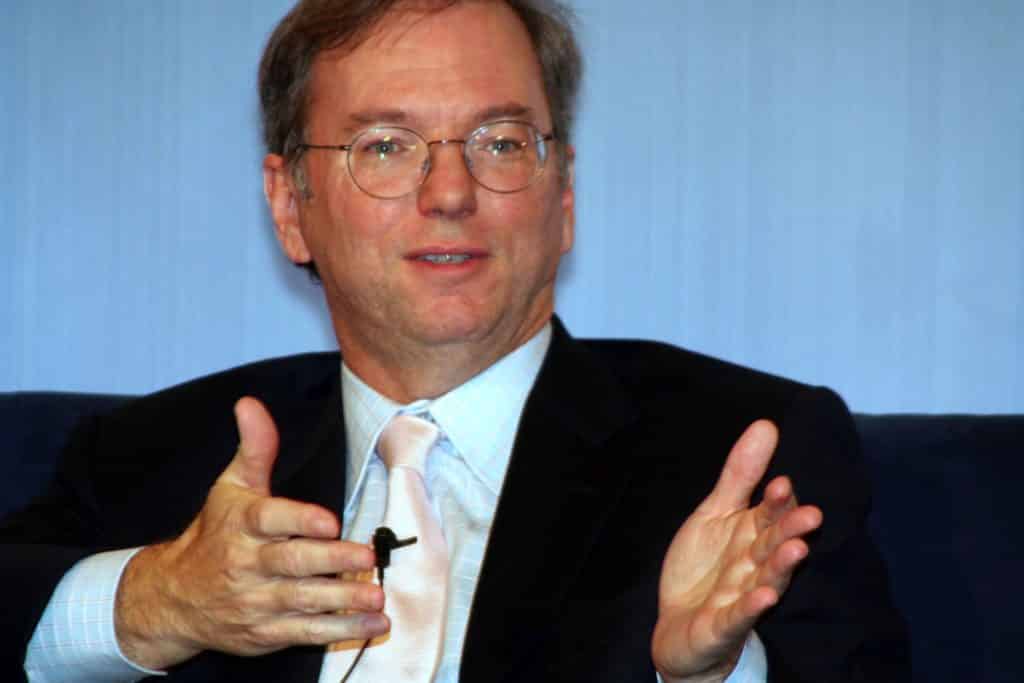 Eric Schmidt: Biology Is The Next Frontier In Computing

Eric Schmidt, former chairman of Alphabet and CEO of Google, a member of the elite Trilateral Commission and a consummate Technocrat and Transhuman seeking to conquer death itself. ⁃ TN Editor

“Biology will undoubtedly fuel computing” in coming years, former Google CEO and current technical advisor Eric Schmidt said at a conference called SynBioBeta in San Francisco Monday. “Taking biology, which I’d always viewed as squishy and analog, and turning it into something that can be digitally manipulated, is an enormous accelerator.”

Facebook CEO Mark Zuckerberg this year announced he and his wife Priscilla Chan would donate $68 million to support the mapping of all the cells in the human body. Facebook also recently acquired a company called CTRL Labs that lets you control computers with your mind. And Neuralink, a start-up once backed by Elon Musk, announced its brain-computer will start trials on humans next year.

“I’m always interested in the question: What is changing the fastest right now? Because whatever that is determining the history of next year,” Schmidt told the crowd. “There’s lot of evidence that biology is in that golden period right now.”