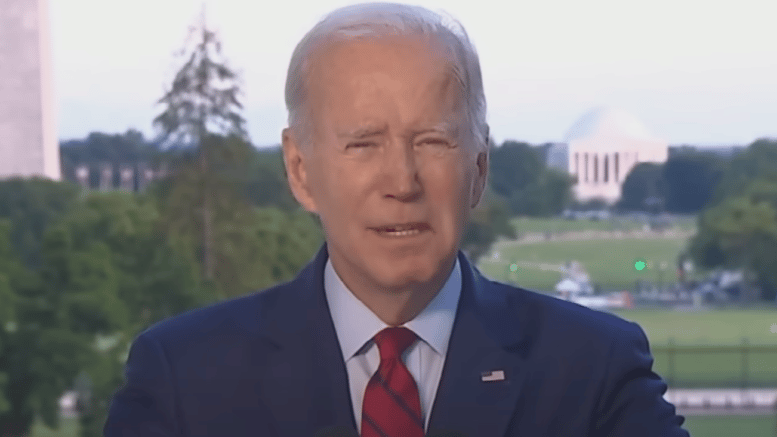 Since the Carter Administration in the 1970s, members of the Trilateral Commission have dominated every president since, both Democrat and Republican, to establish their self-proclaimed goal of  a New International Economic Order. For all who think the Commission is over-the-hill, you need to get a grip on what is actually happening. Here are the top ten Trilaterals controlling Biden.

(Trilateral Commission current or former members are in bold type.)

Joe Biden is surrounded by TEN current and former members of the Trilateral Commission. They have become like a personal guard and policy controllers for virtually everything that Biden has pursued since his inauguration. Since the Trilateral Commission membership is global – only one third are Americans – these ten interlopers collectively represent the interests of the global hegemony that is trying to destroy America.

Then there is Biden’s National Security Advisor Jake Sullivan. The NSA is the gatekeeper of what reaches the President’s attention. During the Carter Administration, Trilateral co-founder Zbigniew Brzezinski was the NSA.

Three of the most important ambassadorships are occupied by Trilaterals:

China and India are the two most influential powerhouses of Technocracy in the world. And yes, Mark Brzezinski is the brother of broadcaster Mika Brzezinski and son of the late Zbigniew Brzezinski. Are you surprised that Poland is currently in talks with the US about hosting nuclear weapons? Who do you suppose came up with that idea? The Brzezinski family was originally from Poland, so they have a deep history there.

Biden’s old-time friend, Susan Rice, Director of Domestic Policy Council, is the dominant force who creates and oversees domestic policy. Remember “Benghazi Sue”? She was President Obama’s National Security Advisor when the disastrous attack on Benghazi occurred in 2012 – then she infamously claimed the attack was over some totally idiotic video released in California.

Monetary policy? How about the Vice-Chairman of the Federal Reserve Board of Governors, Lael Brainard, If Fed Chairman Jerome Powell seems a little confused and bewildered at times, she is right there as his right-hand policy-maker.

Let’s also not forget that David Lipton, First Deputy Managing Director of the International Monetary Fund is there to coordinate global monetary policy.

Lastly, John Podesta has recently been appointed as Senior Advisor to the President for Green Energy Innovation and Implementation. This means that he is in charge of spending the $370 billion on green programs that was authorized by Biden’s Inflation Reduction Act of 2022. Podesta was the original architect of environmental policy while serving in the Clinton Administration. He also served as Hillary Clinton’s 2016 campaign manager.

To recap: foreign policy, domestic policy, environmental policy, and monetary policy are all dominated by current or former members of the Trilateral Commission. Cognitively challenged Joe Biden is nothing more that the home-boy puppet of this globalist cartel.

It’s time to stop seeing only what you think you know and start knowing what you can clearly see.

Patrick Wood is a leading and critical expert on Sustainable Development, Green Economy, Agenda 21, 2030 Agenda and historic Technocracy. He is the author of Technocracy Rising: The Trojan Horse of Global Transformation (2015) and co-author of Trilaterals Over Washington, Volumes I and II (1978-1980) with the late Antony C. Sutton.
Subscribe
24 Comments
Oldest
Newest Most Voted
Inline Feedbacks
View all comments

My question is the Real Joe Biden still alive? The recent images appears to be someone else, a look-alike/actor. A while back someone gathered together about 6 images of Joe Biden and it was very evident that they were not the same person.

I believe he looks different because he most likely had plastic surgery while supposedly hiding in his basement before the 2020 election. The dems wanted him to look younger.

[…] Continued on Source: Everybody Asks: Who Is Really Controlling Joe Biden? […]

Who’s really running Biden White House? Patrick Wood has the answer: Clue — it’s the same folks who’ve been pretty much running every administration since 1976 – The Altar of Deceit

Who’s really running Biden White House? Patrick Wood has the answer: Clue — it’s the same folks who’ve been pretty much running every administration since 1976 – Absolute Truth from the Word of God

[…] Patrick Wood of Technocracy News asked a logical question: and who, pray elucidate, is running Ameri… […]

Everybody Asks: Who Is Really Controlling Joe Biden? – David Icke

[…] Read More: Everybody Asks: Who Is Really Controlling Joe Biden? […]

[…] Everybody Asks: Who Is Really Controlling Joe Biden? […]

Everybody Asks: Who Is Really Controlling Joe Biden? – The Sad Reality

Everybody Asks: Who Is Really Controlling Joe Biden? - All View News

[…] Read More: Everybody Asks: Who Is Really Controlling Joe Biden? […]

Puppet on a String