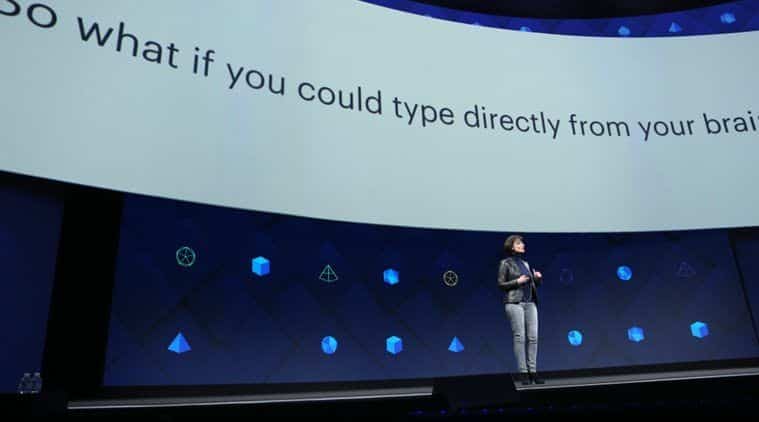 Facebook is only one of several companies racing to create human/machine interfaces that will merge flesh and silicon. Technocrats build because they can, not because it is wise to do so. ⁃ TN Editor

Today at F8, Facebook revealed it has a team of 60 engineers working on building a brain-computer interface that will let you type with just your mind without invasive implants. The team plans to use optical imaging to scan your brain a hundred times per second to detect you speaking silently in your head, and translate it into text.

Regina Dugan, the head of Facebook’s R&D division Building 8, explained to conference attendees that the goal is to eventually allow people to type at 100 words per minute, 5X faster than typing on a phone, with just your mind.

Eventually, brain-computer interfaces could let people control augmented reality and virtual reality experiences with their mind instead of a screen or controller. Facebook’s CEO and CTO teased these details of this “direct brain interface” technology over the last two days at F8.

“What if you could type directly from your brain?” Dugan asked. She showed a video of a paralyzed medical patient at Stanford who can type using their mind thanks to an implanted sensor. She went on to explain how Facebook wants to do this without surgical implants.

The plan is to eventually build non-implanted devices that can ship at scale. And to tamp down on the inevitable fear this research will inspire, Facebook tells me “This isn’t about decoding random thoughts. This is about decoding the words you’ve already decided to share by sending them to the speech center of your brain.” Facebook likened it to how you take lots of photos but only share some of them. Even with its device, Facebook says you’ll be able to think freely but only turn some thoughts into text.

Meanwhile, Building 8 is working on a way for humans to hear through their skin. It’s been building prototypes of hardware and software that let your skin mimic the cochlea in your ear that translates sound into specific frequencies for your brain. This technology could let deaf people essentially “hear” by bypassing their ears.

A team of Facebook engineers was shown experimenting with hearing through skin using a system of actuators tuned to 16 frequency bands. A test subject was able to develop a vocabulary of nine words they could hear through their skin.