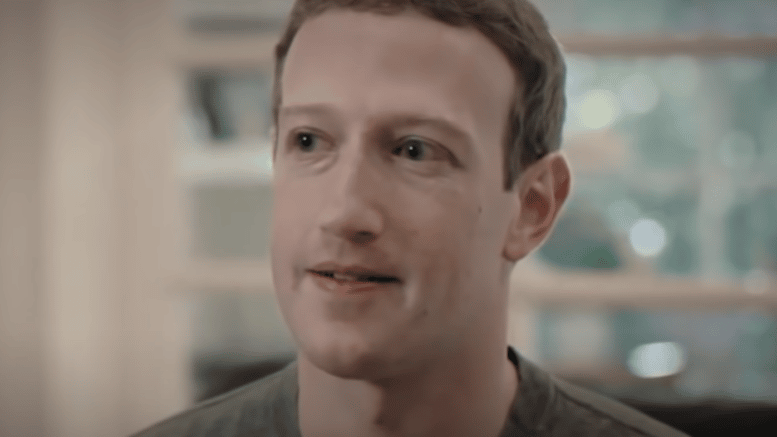 Please Share This Story!
PDF 📄
Mark Zuckerberg is having a hard 2022. His personal fortune has dropped precipitously and social media in general is running into a wall. Some call it “social media fatigue”, but users are finding out that they really can do without Facebook and save themselves a lot of stress and drama. ⁃ TN Editor

A year ago, before Facebook had turned Meta, the social media company was sporting a market cap of $1 trillion, putting it in rarefied territory with a handful of U.S. technology giants.

Today the view looks much different. Meta has lost about two-thirds of its value since peaking in September 2021. The stock is trading at its lowest since January 2019 and is about to close out its third straight quarter of double-digit percentage losses. Only four stocks in the S&P 500 are having a worse year.

Facebook’s business was built on network effects — users brought their friends and family members, who told their colleagues, who invited their buddies. Suddenly everyone was convening in one place. Advertisers followed, and the company’s ensuing profits — and they were plentiful — provided the capital to recruit the best and brightest engineers to keep the cycle going.

+y’s future but accounts for virtually none of its near-term revenue and is costing billions of dollars a year to build.

Zuckerberg said he hopes that within the next decade, the metaverse “will reach a billion people and “host hundreds of billions of dollars of digital commerce.” He told CNBC’s Jim Cramer in June that the “North Star” is to reach those sorts of figures by the end of the decade and create a “massive economy” around digital goods.

Investors aren’t enthusiastic about it, and the way they’re dumping the stock has some observers questioning if the downward pressure is actually a death spiral from which Meta can’t recover.

“I’m not sure there’s a core business that works anymore at Facebook,” said Laura Martin of Needham, the only analyst among the 45 tracked by FactSet with a sell rating on the stock.

Nobody is suggesting that Facebook is at risk of going out of business. The company still has a dominant position in mobile advertising, and has one of the most profitable business models on the planet. Even with a 36% drop in net income in the latest quarter from the prior year, Meta generated $6.7 billion in profit and ended the period with over $40 billion in cash and marketable securities.

It really IS amazing just how BRAIN-DEAD-STUPID these PSYCHOPATHS really ARE!!

Cause & Effect……when ya KILL OFF the POPULATION…..one NO LONGER can MAKE MONEY FROM THEM! lolol See how that works?!?!?! lololol

And, yeah….that whole ‘metaverse VR’ BS? Only ZOMBIES think that that is ‘cool’/a wonderful idea…..and THOSE Zombies have, WITHOUT A DOUBT, been INJECTED with the EXPERIMENTAL mRNA BIO-WEAPON INJECTIONS. They will all be DEAD, soon enough. So, looks like there will be NO ONE inside Suckerberg’s ‘virtual reality’ BS……*crickets* *crickets*! LOLOL

The world was just locked down for something in the neighbrohood of TWO YEARS for a hoax. People are, daily, being trained to think that don’t have gonads…is that winning?

I can save everyone time: FarceBook s-u-c-ks. Period.