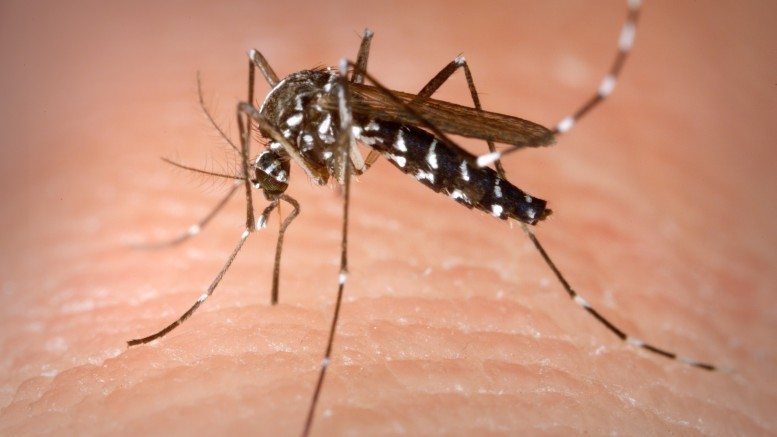 Please Share This Story!
PDF 📄
Oxitec is a subsidiary of Intrexon whose goal “is to establish a database of information about people, including physical characteristics, health histories, and responses to treatments…” and to build “a better world through better DNA”. ⁃ TN Editor

Our sci-fi future just got a whole lot closer to becoming a reality, after the Food and Drug Administration gave the okay to a field trial that would release genetically modified Zika-killing mosquitoes in the Florida Keys.

On Friday, the FDA released a final environmental assessment of the trial, finding that it “will not have significant impacts on the environment.” The project, led by Oxitec, a biotech company that focuses on insect control, calls for the release of thousands of genetically engineered male Aedes aegypti mosquitoes. The lab insects are bred so that over time they could kill off much of the local mosquito population by passing on a gene fatal to any offspring they have with wild females.

This is not the last hurdle Oxitec faces in turning its dream of disease-obliterating mosquitoes into reality. The company will have to win the approval of the Florida Keys Mosquito Control District, which plans to vote on the proposal after issuing a survey testing local sentiment of Keys residents this fall. While past surveys have shown the project to have a majority of support, it has also had vocal naysayers. Some fear the environmental impacts that removing the Aedes aegypti mosquitoes, a non-native species, might have. Others have more imaginative objections, such as conspiracy theories about the project.

Oxitec’s mosquitoes are engineered to include two copies of the baby-mosquito killing genes, overriding natural selection to make it almost certain that their offspring receive the killer gene from dad. Oxitec claims that trials in Brazil, Panama and the Cayman Islands have reduced mosquito populations by 90%, calling the success “an unprecedented level” of human control over nature. (The World Health Organization, which has also studied using such tactics against disease, has stated that while the technology “has demonstrated the ability to reduce the [mosquito] populations in small-scale field trials” there is still “an absence of data on epidemiological impact.”)

The FDA’s okay is a major step forward toward a U.S. implementation of the technology at a time of much concern over the spread of Zika in the U.S. after cases in Florida. Derric Nimmo, the senior scientist for Oxitec’s Keys project, told me that in the coming months much of his time will be spent going door-to-door in Key Haven, the area of the Keys where he hopes to do the release. Nimmo’s job now is to convince residents that his project is the best chance at stopping the spread of Zika in the U.S.