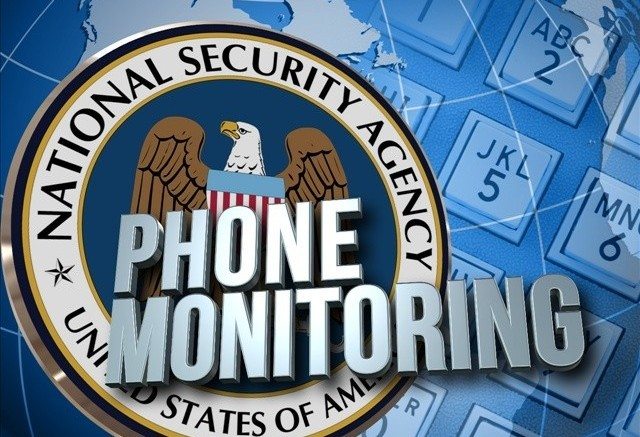 Please Share This Story!
PDF 📄
Even though the NSA itself has scrapped a large part of its phone spying/data collection operation because of abysmal usefulness, the Trump Admin is seeking to make its authority to collect the data permanent. ⁃ TN Editor

The Trump administration has signaled in recent weeks that it may seek the permanent renewal of a surveillance law that has, among other things, enabled the National Security Agency to gather and analyze Americans’ phone records as part of terrorism investigations, according to five U.S. officials familiar with the matter.

The White House, these officials said, was prepared to issue a public statement calling on Congress to reauthorize in full Section 215 of the Patriot Act, which in the past has been the focus of heated debate over the acceptable bounds of government surveillance. The plan to issue a statement was put on hold, officials said, but it illustrates nonetheless where the administration stands on the contested issue of national security authority.

The officials spoke on the condition of anonymity to discuss an issue that remains deeply sensitive.

A White House spokeswoman declined to comment or explain why the statement was not issued, saying only that the matter is still under deliberation.

Section 215 was last revised in 2015 as part of the USA Freedom Act after a former NSA contractor, Edward Snowden, exposed how the government was collecting vast quantities of Americans’ phone logs to be able to scan them for clues to terrorist plots. This “metadata” denoted the calls’ time, date and duration, and who called whom, but did not include the conversations’ content. The ensuing uproar led Congress to impose restraints, and last year, the NSA reportedly suspended the program because of technical issues that put Americans’ privacy at risk.

The statute expires in mid-December, and the reported suspension of the phone records program had raised questions about whether the Trump administration would seek to renew it. National security officials widely expect the administration to call for Congress to reauthorize the law without changes.

But the statute, which dates to 1998, empowers more than just the phone logs program. Following the Sept. 11, 2001, terrorist attacks, Congress expanded the law to enable agencies investigating suspected espionage and terrorism to request court permission to gather data not just from a narrow set of businesses – such as hotels, warehouses and car rental agencies – but also from any third party. And they could seek data related not just to “agents of a foreign power” but also to anyone whose information would be “relevant” to an ongoing investigation.

Allowing the law to lapse would “reset the clock back to 1998 and gut much more than the phone data aspect,” said Robert Chesney, a law professor at the University of Texas at Austin. “It would set the general document collection power back to a highly narrow authority limited to a handful of industries.”

Moreover, analysts note, the NSA might want to restart the phone logs program in the future if it can figure out how to make such data collection viable without violating citizens’ privacy rights. Preserving the full authority would permit that.

It remains a polarizing issue, however. Last May, the NSA purged hundreds of millions of call and text records after officials noted “technical irregularities” in data received from phone companies. Some was material it was “not authorized to receive,” the NSA reported. The program’s utility also is in question as terrorists have largely moved to secure communications that don’t always leave metadata, analysts said.

“While I have doubts about reauthorizing the [phone data] program, I’m certainly open to hearing from the intelligence community about all the authorities set to expire near the end of 2019,” said Sen. Mark Warner of Virginia, the Senate Intelligence Committee’s ranking Democrat. He wrote in March to Director of National Intelligence Daniel Coats and NSA Director Paul Nakasone, asking them to “make the case for keeping Section 215,” but has not received a reply, he said. “I imagine it’s going to be a tough case for the administration to make when they cannot seem to get their act together to even ask for an extension.”

Nakasone said at a conference recently that the NSA was in discussions with other agencies and the White House about the path forward on Section 215. It would likely be “a little bit of time” before a decision is made, he said.

Section 215 “remains a relatively useful authority and is probably not objectionable given the reforms made to it in 2015,” said one congressional aide, who was not authorized to speak on the record. But, the aide said, the administration should expect lawmakers from both parties to object to its permanent renewal. And civil liberties advocates likely will seek to strengthen the law’s privacy protections.

In 2017, NSA collected more than 500 million records from phone companies for just 40 terrorism suspects, according to the Office of the Director of National Intelligence. That’s a staggering number, considering they were gathered under the ‘reform’ version of the program that was supposed to protect Americans’ privacy rights,” said Neema Singh Guliani, senior legislative counsel with the American Civil Liberties Union. Last year, the number was 434 million for 11 targets, according to a report ODNI issued Tuesday. That was despite the program reportedly having been suspended for part of the year.

Sen. Ron Wyden, D-Ore., has called for Congress to strip from Section 215 the authority to collect phone logs. “It is increasingly clear to me that the NSA’s implementation of reforms to the phone records dragnet has been fundamentally flawed,” he said in a statement.