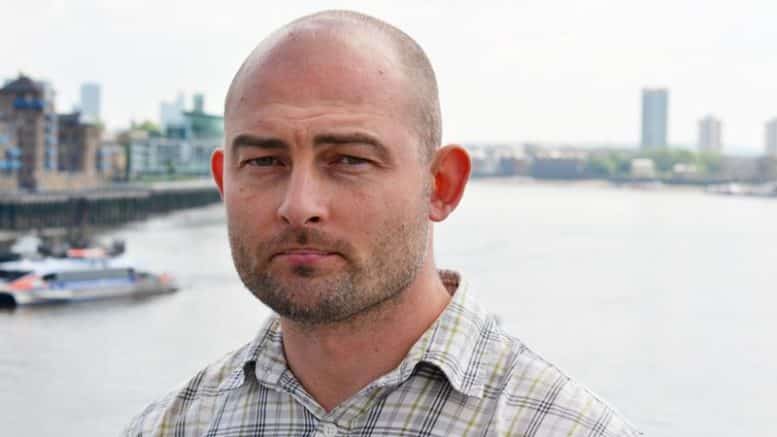 Please Share This Story!
PDF 📄
The cat is out of the bag with human genetic engineering. Once the human germline is modified, those changes will be permanently inherited by future generations, mixing with other DNA to produce unknown results. ⁃ TN Editor

A Russian scientist says he wants to create more genetically modified babies, flouting international objections that such a step would be premature, unethical and irresponsible.

Denis Rebrikov, a molecular biologist who heads a gene-editing lab at the Kulakov National Medical Research Center for Obstetrics, Gynecology and Perinatology in Moscow, claims he has developed a safe — and therefore acceptable — way to create gene-edited babies.

“How it can be unethical if we will make [a] healthy baby instead of diseased?” Rebrikov told NPR during his first broadcast interview. “Why? Why [is it] unethical?”

Rebrikov wants to create babies from embryos whose DNA he would edit to protect the resulting children from HIV. Rebrikov would edit a gene called CCR5 to replicate a naturally occurring variation that protects people from HIV.

“The rationale is to guarantee that the baby will be HIV-negative — that’s it,” Rebrikov says.

It’s the same rationale given by a Chinese scientist, He Jiankui, when he created the world’s first gene-edited babies. The birth of the gene-modified twin Chinese girls last year triggered an international firestorm, as well as calls for a global moratorium on creating gene-edited babies until doing so can be demonstrated to be safe and necessary.

Rebrikov says his research has shown that it’s possible to make precise genetic changes in embryos using the gene-editing technique CRISPR. He claims to have verified the safety by comparing the DNA of edited embryos with the unedited DNA of the couples used to create them.

“My experiments show that, yes, it’s safe. We demonstrated it’s safe to use,” says Rebrikov, who is also a researcher at the Pirogov Russian National Research Medical University in Moscow.

The babies created by the Chinese scientist had a father who was HIV-positive. Rebrikov says preventing infection in babies born to HIV-positive women is more justifiable when a woman doesn’t respond to antiviral drugs. Those children are at high risk of becoming infected.

Rebrikov says he plans to confirm his research with additional experiments before proceeding and would move forward only if he won government approval. Rebrikov says he has already identified two HIV-positive women who would be interested in trying to have gene-edited babies, and he plans to apply for approval within months.

Rebrikov’s plans were first reported in the journal Nature. He says he may also try to use his technique to create gene-edited babies for other reasons, such as preventing inherited forms of deafness.

But Sergey Kutsev, the chief geneticist and ethicist at the Russian Ministry of Health, told NPR that he doubts the government would authorize Rebrikov’s experiment.

“I am confident that Denis Rebrikov doesn’t have any chances to get approval from the Ministry of Health as of today,” Kutsev told NPR. He says the safety and usefulness of the technology needs to be proved first.

One concern, Kutsev says, is inadvertently creating mutations that may later lead to cancer or other diseases — changes that also can be passed down through future generations. “Therefore, this is certainly unacceptable at present,” he says.

Other scientists are also deeply skeptical of Rebrikov’s claims.

“The data are weak,” says Shoukhrat Mitalipov, an Oregon Health & Science University scientist who was the first to precisely use CRISPR to edit genes in human embryos.

“The technology is not ready,” agrees Dieter Egli, a Columbia University scientist trying to find safe ways to edit DNA in human embryos.

Many scientists and bioethicists argue that to do what Rebrikov proposes would be unethical and unnecessary because there are other ways to prevent HIV infection, as well as most genetic disorders.

“This is irresponsible,” says R. Alta Charo, a bioethicist at the University of Wisconsin—Madison, who is helping the World Health Organization try to police gene editing. “My biggest worry is that he’s going to bring about the birth of children who are going to suffer because he wanted to play around.”

Someday it may be deemed safe and appropriate to use gene-edited embryos to prevent rare but devastating genetic disorders in babies, Charo and others say.

But it’s far too premature to try that before the science has been tested much more thoroughly and before broad societal debates have been conducted about the ethics and morality, she says.

We don’t need to obsess about unknown effects. We still have Darwin on the job. Tho we may keep him busier than usual.