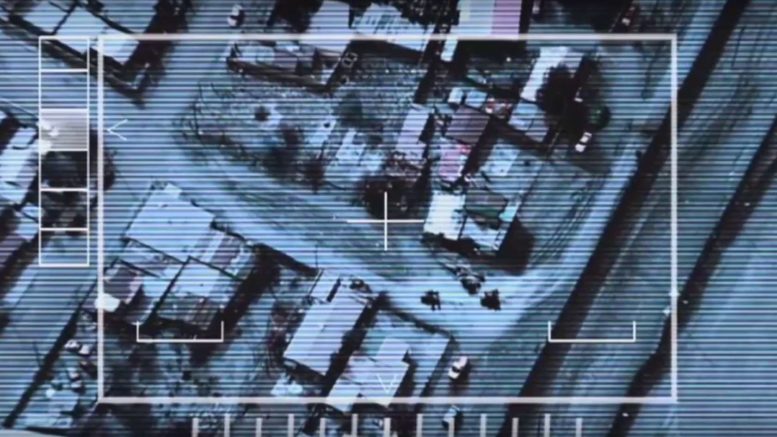 Please Share This Story!
PDF 📄
Professor James Dobson pioneered GIS technology and was so alarmed at the potential misuse of the technology that he warned against geoslavery. He understood the relationship between ubiquitous tracking and objects and the resulting ability to control them. His warning is more important today than before. ⁃ TN Editor

Jerome Dobson wants to make sure his field of research doesn’t aid the greatest threat to personal freedom.

As a pioneer of geographic information systems (GIS), Dobson, a researcher at the Kansas Applied Remote Sensing Program at the University of Kansas, helped develop the technology that now is commonplace in government, business and practically every aspect of modern life.

Since 1975, Dobson has used GIS for a number of applications — from conducting environmental analyses to identifying populations at risk of terrorism and natural disasters — by combining data sets such as detailed population counts of every country in the world, terrain and nighttime lights interpreted from satellite images, road networks and elevations. Dobson, who is a professor of geography at KU, also is president of the American Geographical Society.

Unfortunately, the same technology that has so many beneficial uses also has the potential to create a highly sophisticated form of slavery, or “geoslavery,” as Dobson calls it. What worries Dobson is that GIS technology easily could be used not only to spy on people but to control them as well.

“It concerns me that something I thought was wonderful has a downside that may lead to geoslavery — the greatest threat to freedom we’ve ever experienced in human history,” he said.

By combining GIS technology with a global positioning system (GPS) and a radio transmitter and receiver, someone easily can monitor your movements with or without your knowledge. Add to that a transponder — either implanted into a person or in the form of a bracelet — that sends an electric shock any time you step out of line, and that person actually can control your movements from a distance.

Sound like something from a bad sci-fi movie? Actually, several products currently on the market make this scenario possible.

“In many ways that’s what we’re doing with prisoners right now, but they’ve been through a legal process,” he said.

In fact, many of the existing products are marketed to parents as a way to protect their children from kidnappers. Dobson, however, said parents should think twice before using such products.

“A lot of people think this is a way to protect their children,” he said. “But most kidnappers won’t have any compunction about cutting the child to remove an implant or bracelet.”

Furthermore, these products rely on wireless networks, which are notoriously easy for hackers to break into, potentially turning the very products meant to protect children into fodder for tech-savvy child predators.

Dobson outlined the dangers of geoslavery in an article that appears in the most recent issue of the Institute of Electrical and Electronics Engineers’ Technology and Society magazine. Peter F. Fisher, editor of the International Journal of Geographic Information Science, co-wrote the paper with Dobson. More than 375,000 scientists read the IEEE magazine.

One of the greatest dangers of geoslavery is that it doesn’t apply just to governments. For example, individuals could use the technology to perpetuate various forms of slavery, from child laborers to sex slaves to a simple case of someone controlling the whereabouts of his or her spouse, Dobson said.

“Many people have concerns today about privacy but they haven’t put all the pieces together and realized this means someone can actually control them — not just know about them, but control them,” Dobson said.

As the price of these products gets cheaper and cheaper, the likelihood rises that the technology will be abused, he said. To prevent this, Dobson’s paper outlines a number of actions that should be taken, including revising national and international laws on incarceration, slavery, stalking and branding, and developing encryption systems that prevent criminals or countries with bad human rights records from accessing GPS signals.

Still, the first step is making people aware of the very real threat that geoslavery poses. The potential for harm is even greater in less developed nations without strong traditions of personal freedom, he said.

“We need a national dialogue on this if we’re going to go into something so different from our traditional values of privacy and freedom,” Dobson said. “We need to think about it very carefully and decide if this is a direction we as a society want to go.”

Dobson said he doesn’t consider himself a crusader. Instead, he is a scientist who is working diligently to ensure that people really understand the good and bad sides of the technology he helped create.

“There certainly are many, many good uses for the technology — that’s not the issue — the issue is that it can be so easily misused,” he said. “My role as a university professor is to alert people and make sure there is an informed debate.”