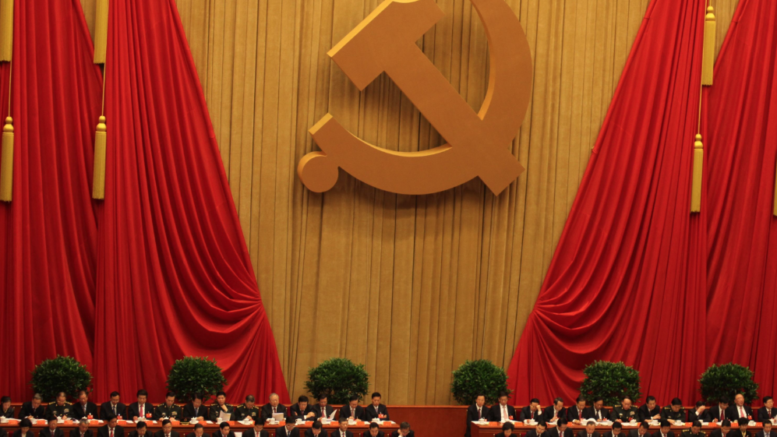 Please Share This Story!
PDF 📄
To understand China’s predicament with its Coronavirus outbreak, first understand that it is largely a product of Technocrat idiocracy. In the end, their science failed them because it was incapable and overconfident. ⁃ TN Editor

Since the Reform and Opening initiated by Deng Xiaoping in 1978, any casual observer of China’s leaders might note how many of them were educated as engineers. Indeed, at the highest level, former presidents Jiang Zemin (1993–2003) and Hu Jintao (2003–2013) as well as Xi Jinping (2013–present) all studied engineering, although Xi subsequently did academic work in management and law. And an engineering influence exists not only at the very top. A high proportion of government officials at city, provincial, and national levels have had some form of technical education. For example, of the 20 government ministries that form the State Council, more than half are headed by persons who have engineering degrees or engineering work experience. As a result, foreign analysts have suggested for some time that China functions as a kind of technocracy—a nation run by people who are in power because of their technical expertise—and have often criticized it as such. This assessment reflects a common Western view that technocratic governance is inherently anti-democratic and even dehumanizing.

But what does technocracy mean today, especially in China? Given China’s remarkable emergence in recent decades as a vibrant player on the world economic and political stage, might technocracy in the Chinese context have some positive characteristics?

To understand technocracy in China, one must first have a sense of historical context and above all an understanding of the cultural impact of a series of devastating military humiliations—the Opium Wars of the 1840s and 1860s, in which, in the name of free trade, China was forced to allow the importation of opium and the Summer Palace was sacked; an 1895 war in which Russia captured the Liaodong Peninsula and Japan took Taiwan, the Penghu Islands, and eventually Korea; and the 1899 Boxer Uprising against Christian missionaries, to which Great Britain, France, the United States, Japan, and Russia all responded by looting and raping in Tianjin, Beijing, and elsewhere. In reaction to these defeats, Chinese intellectuals turned the Qing Dynasty thinker Wei Yuan’s injunction “to learn from the West to defeat the West” into a social movement motto. Early Republic of China attempts to learn from the West actually involved the conscious importation of technocratic ideas by the Nanjing government. A number of Chinese who studied in the United States during the 1920s returned home influenced by American technocratic ideals of such figures as Thorsten Veblen and Howard Scott. One example is Luo Longji, who studied at Columbia University from 1922–1923 and returned to China to publish a number of articles arguing for what he called “expert politics,” his term for technocracy. Luo subsequently founded the China Democratic League, which remains one of the eight non-Communist political parties represented in the National People’s Congress.

China today is living through a heroic stage of engineering in its urbanization and infrastructure development—something that would not be possible without technical competence playing a major role in the exercise of political power.

Initially, however, all attempts to learn from the West had to struggle against internal political disorder (the fall of the Qing Dynasty in 1911 and a resulting long-term civil war) and renewed invasion by Japan (from 1931 to 1945, through which China endured the brunt of the World War II Pacific Theater). When Mao Zedong and the Communists won the civil war and on October 1, 1949, declared the People’s Republic, political consolidation and technical development vied with each other for priority.

For the next quarter century, until Mao’s death in 1976, the purity of redness often trumped technical engineering competence. The disaster of the Great Leap Forward (1958–1961) was caused by ignoring technological expertise, especially about agriculture, and the Cultural Revolution (1966-1976) closed many universities in the name of learning from the peasants. The Reform and Opening that began two years after Mao’s death naturally became an opportunity to rehabilitate expertise, both engineering and economic. In policies influenced by the successful development pathways pursued by technocratic regimes in Singapore, South Korea, and Taiwan, the new paramount leader, Deng, moved engineers into critical government positions. Hu Yaobang, as Party Chairman (1981–1982) and General Secretary of the Communist Party (1982–1987), further proposed that all leading government personnel be trained technical specialists. The technocratic practice of scientific management, which Vladimir Lenin had declared as exploitative under capitalism but beneficial under socialism, offered a bridge between engineering and economics.

The varieties of technocracy

Before discussing what technocracy has come to mean in China today, I want to first step back to briefly explore how the term has come to be understood in the Western intellectual tradition. In one of the few empirical studies of technocracy, political scientist Robert Putnam defines technocrats as persons “who exercise power by virtue of their technical knowledge” and describes the “technocratic mentality” in terms of five key characteristics:

Confidence that social problems can be solved by scientific or technological means.

Skepticism or hostility toward politicians and political institutions.

Little sympathy for the openness and equality of democracy.

A preference for pragmatic over ideological or moral assessments of policy alternatives.

Strong commitment to technological progress in the form of material productivity, without concern for questions of distributive or social justice.

Putnam’s 1977 study further distinguishes between two types of technocrats: those with engineering technical knowledge versus those with economic technical knowledge—noting that the two groups diverge with regard to characteristics three, four, and five. Economic technocrats were more likely than engineering technocrats to grant importance to politics and equality and to be more interested in issues of social justice.

In a recent revisiting of the comparison, Richard Olson’s Scientism and Technocracy in the Twentieth Century: The Legacy of Scientific Management (2016) suggests that subsequent decades have witnessed something of a reversal. Engineering education has called increasing attention to social contexts that take politics and social justice seriously, while economics has become more quantitative and less concerned with social issues.

Neither author notes, however, the significant roles played in all modern societies by what could be called limited or sectoral technocracies. Technical knowledge is a basis for power that democratic societies willingly grant: for example, by delegating authority to the military, physicians, and civil engineers. At the same time, such societies may bitterly contest technocratic authority with regard to evolutionary biologists, agricultural researchers, and climate scientists.

Such distinctions help make clear what is really at stake in concerns about technocracy. In short, governance by technical experts and governance employing such principles as those of scientific management are not the same. When exercising political power, technical elites such as engineers and economists may also use the authority of their expertise to advance positions or policies that are not simply technical. In doing so they can easily ride roughshod over the interests of those they are supposed to serve, and in the process use their expertise to preserve their own political interests.

Yet advanced techno-scientific society depends crucially on some level of technocratic governance. City mayors cannot provide safe water systems without asking engineers to design them. Governors cannot promote regional disease prevention and healthcare without medical and public health professionals; they cannot reduce environmental pollution without technical experts to monitor air and water quality. Heads of government would not even know about the ozone hole and global climate change without scientific advisers. The progressive deployment of technocratic elites in the practices of governance, even when under the supervision of non-technocratic elites, is a critical feature of all social orders today.

Maybe the fact that some form of technocracy is one of the basic characteristics of contemporary politics is a reason it is so often criticized. There is certainly some sense in which contemporary politics is characterized by a kind of universal resentment against the unintended consequences of a techno-scientific world that, along with all of its benefits, seems to be depriving us of traditional solaces and stabilities.

In The China Model: Political Meritocracy and the Limits of Democracy (2015), political theorist Daniel A. Bell provides a strongly positive interpretation of the current situation in China. As Bell sees it, the fact that Chinese leaders, such as President Xi, have spent years managing cities and provinces as well as serving time in national ministries develops a level of expertise in both engineering and economics that is often short circuited in Western (especially US) one-person, one-vote democracies. The further fact that independent surveys repeatedly show high levels of public satisfaction with the Chinese government (regularly higher than is the case in Western democracies) provides a sound argument for legitimacy.