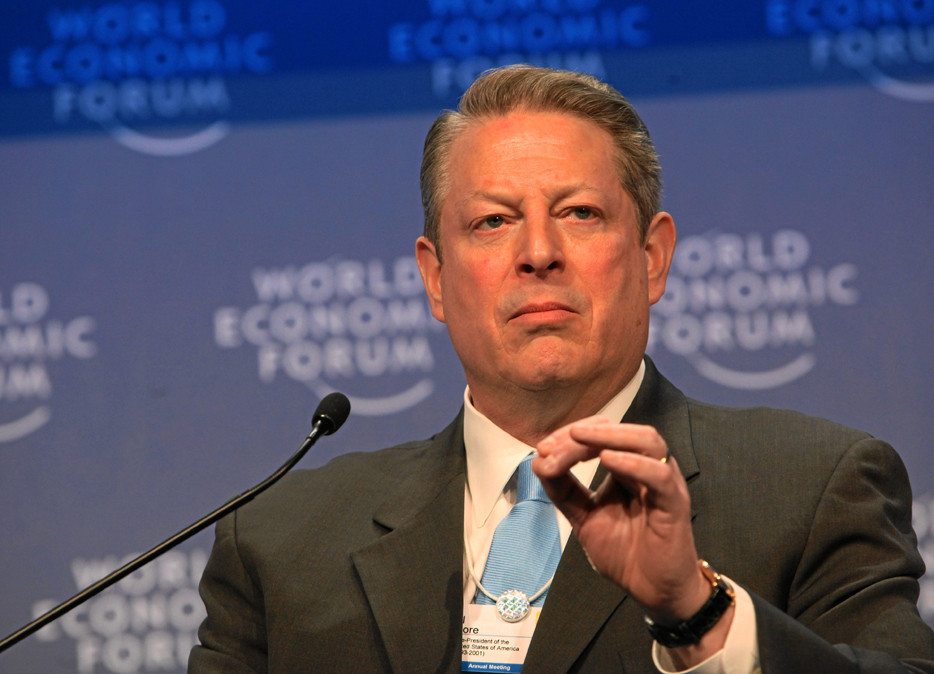 TN Note: You just cannot make this stuff up. Gore is a former member of the Trilateral Commission and was the first “green billionaire” thanks to his thumping on global warming and sustainable development. Most importantly, he is a poster child for Technocracy.

“Gore’s agenda for saving the world from global warming has always included population control,” Myron Ebell, director of global warming and international environmental policy at the free-market Competitive Enterprise Institute, told The Daily Caller News Foundation. “Advocating population control specifically for Africa is just another form of imperialism. Gore’s eco-imperialism is uncomfortably close to the original racist goals of Margaret Sanger, the founder of Planned Parenthood, who advocated population control in order to control the number of black and brown people in the world.”

The world is expected to have more than 9 billion people by 2075, with much of that growth coming from developing countries in Africa. This is alarming to environmental activists like Gore, who argues that “fertility management” is needed to address a whole slew of global development issues, including mitigating global warming.

“When Gore advocates ‘making fertility management ubiquitously available,’ does he mean that there should be free condom dispensers on every solar panel?” Ebell added.

Gore was on a panel at the World Economic Forum in Switzerland last week titled “Changing the Climate for Growth and Development.” The panel looked at global development through a “climate lens” and included other world leaders such as United Nations Secretary-General Ban Ki-Moon, Microsoft founder Bill Gates and Norwegian Prime Minister Erna Solberg.

“Depressing the rate of child mortality, educating girls, empowering women and making fertility management ubiquitously available — so women can choose how many children and the spacing of children — is crucial to the future shape of human civilization,” Gore said on an international panel on global warming last week.