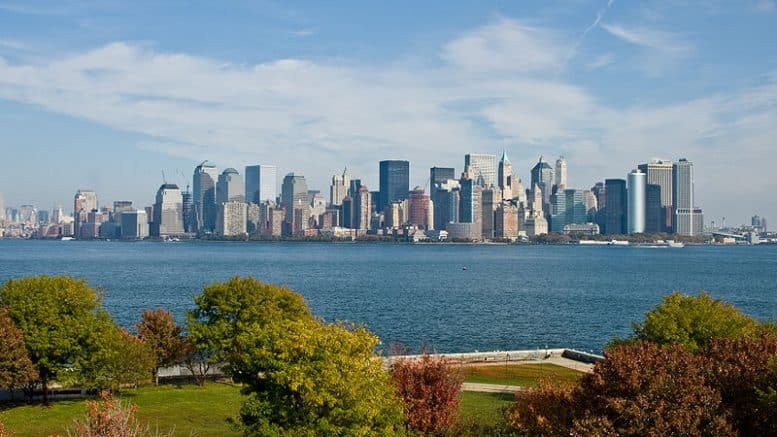 Super-Technocrat Micheal Bloomberg is changing the face of philanthropy by promoting data-driven giving toward projects that promote Technocracy. Most philanthropy occurs without scrutiny or fanfare, but hundreds of millions of dollars per year can change the face of a nation within just a few years. ⁃ TN Editor

Where do funders turn when political roadblocks stop progress on the federal level? If the recent past is any indication, many of the more technocratic among them go local. With Mike Bloomberg often leading the charge, data-inclined donors have spent the past several years seeding major cities with cross-sector partnerships. Their goal: harness the latest in civic tech and data science to make government more effective and chip away at problems like homelessness, poor health, poverty and carbon emissions.

Bloomberg’s giving looms large in this sphere of philanthropy, but so does that of the Laura and John Arnold Foundation. LJAF is tackling a range of challenges, but its longstanding commitment to evidence-based approaches unites them all. In the urban policy arena, funders like LJAF contend that when government officials come armed with the best recommendations modern data science can furnish, they’ll be able to serve a greater number of people more effectively.

That’s a hopeful outlook. It’s also one that plays well in large cities and some states, where there’s a lot of civic pride and can-do energy these days, as James and Deborah Fallows document in their new book, Our Towns. To advance this promising localism, LJAF is supporting a number of policy labs—think tanks in miniature—embedded in cities to link up government officials with university researchers. Recent examples include LJAF’s foundation support for the Rhode Island Innovative Policy Lab, The Lab@DC, the Georgia Center for Education Policy, and the Michigan Policy Innovation Lab, to name a few.

In 2017, LJAF rolled out $2 million in start-up funds for another one of these outfits. Based out of UC Berkeley and UCLA, the California Policy Lab has already engaged researchers in a wide array of partnerships with local governments. Despite the difficulties that government data sharing can pose for researchers who want to “move at the speed of policymaking,” as the lab puts it, LJAF sees a lot of promise in the initiative. Last month, it upped its support by $5.5 million, with about half of that sum going to sites at each university. The grant stipulates that the universities must also raise several million dollars in matching funds.

The lab’s work may help local governments deal with some of California’s toughest challenges, homelessness among them. According to Michelle Welch, LJAF’s director of results-driven government, “If the lab is successful in using data and state-of-the-art research tools to move the needle on important issues like homelessness, fewer people will be sleeping on the streets at night.”

One of those projects involves a collaboration between the lab at UCLA, Los Angeles County, and University of Chicago researchers to predict which individuals receiving county services may be in danger of becoming homeless. By next year, they hope to use the algorithm to pinpoint prevention services. Other projects include a partnership with San Francisco’s district attorney to develop more focused interventions that could prevent people from entering the justice system, as well as research on the effects of California’s $15 minimum wage.

These kinds of initiatives are par for the course at LJAF. As we’ve seen, the foundation is a key funder for data-driven criminal justice reform and a tireless evangelist for rigorous research. But there may be a limit to what research can achieve when many root problems are anything but rational. Can evidence-based policy really move the needle on America’s entrenched challenges?

To be sure, these data-driven interventions can have definite local impact, especially where mayors and governors are receptive. And there are areas where research funding might be a true game-changer. LJAF’s recent $20 million commitment for gun violence research is a much-needed example on the national level. Nevertheless, absent a clearer defense of their underlying values, funders may find incremental local gains swept away when larger economic or political forces reorder the national landscape. The 2008 recession is an excellent, if unfortunate, example.

The technocratic approach works better in some areas than others. Funding for data-driven criminal justice reform, for instance, can make steady gains due to the system’s extremely localized nature. But this may be less the case for economic inequality, another area LJAF has dabbled in, given the role that large-scale forces like globalization and technological change play in shaping the economy. Meanwhile, some national policy issues—like, say, entitlements for seniors—are heavily shaped by powerful ideological currents that often limit how much traction reformers can get with evidence-based solutions. On other issues—like financial regulation, nutrition policy, or drug pricing—the raw muscle of top interest groups can limit what’s possible.