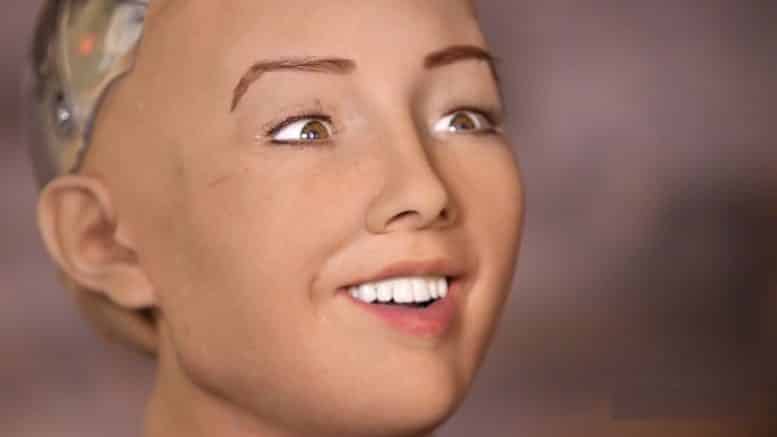 It is true that Sophia the robot is the magician’s foil to lead people to erroneous observations and conclusions about Artificial Intelligence. In his book, Connectography, Dr. Parag Khanna hints at a better picture of the underlying and enabling role of AI: ”We are building this global society without a global leader. Global order is no longer something that can be dictated or controlled from the top down. Globalization is itself the order.”  ⁃ TN Editor

While folks are fixated on the journey of Sophia the robot, I’d like to point out that artificial intelligence is a technology, a platform, and a concept shared by government, industry, and academia. AI is not an individual, object, or sentientbeing. And AI definitely doesn’t have a gender.

The connections and distinctions between AI and robots are more nuanced as well. Indeed, some robots run on AI technology that allows them to operate independently, learn from surroundings, and interact with people. However, there are a lot of AI platforms, technologies, and innovations that have nothing to do with robots—and never will.

The fundamental—and commonly sensationalized—question of whether robots can be human also misses a crucial point. It’s not about whether AI can help robots become human. Robots should not pretend to be human at all. AI can help people solve human problems without assuming a sentient role in society. People building AI can help fellow humans by focusing on problem solving and enhancing productivity.

AI, for its part, is not nearly advanced enough—yet—to be able to claim human-level intelligence, empathy, or possession of several fundamental qualities that make people human. Giving AI a human platform—and over-humanizing the technology, in general—creates more problems than it solves. It also presents the global community with a false sense of what AI actually is, what the technology can do, and why people like me dedicate their lives to building AI platforms.

I believe it’s significantly more important for technologists to communicate the benefits of the AI technology itself, rather than focus on examples of robots that do not solve real issues, perpetuate gender perceptions, and reveal data-driven biases. The technology community and global society need to work on developing useful and purposeful AI that solves human problems like complex health care and transportation issues, and business problems like boosting productivity and filling gaps in technical expertise across disciplines. We need AI that neutralizes biases by taking gender out of the equation completely and using objective data sources to build, grow, and learn from interactions with human counterparts.