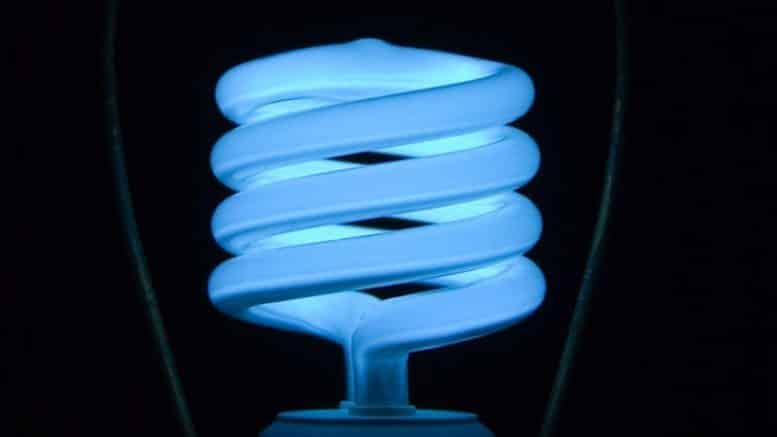 TN Note: GE is knee-deep into the Internet of Things (IoT), and is now wrapping in lightbulbs as the next connected component in so-called “smart homes.” This new class of LED bulbs will contain connectivity circuits like WiFi and Bluetooth, in order to communicate with other appliances in the home. They can also contain speakers and microphones. IoT is a main component to implementing Technocracy throughout the world.

GE just announced that it no longer make or sell compact fluorescent lamp (CFL) lightbulbs in the US. The company will wind down the manufacturing of CFL bulbs by the end of 2016, and it will begin to shift its focus on making the newest and most energy-efficient lightbulbs, LEDs.

This is good news for a few reasons. Figuring out exactly which one to buy can be a pain: Incandescent bulbs are cheap, but burn out easily. CFL bulbs, the weird curly things that’ve become popular in recent years, are brighter and last longer. However, they take long to warm up and use poisonous chemicals like mercury to generate light. LEDs last the longest and use the least amount of energy, but they’re also the most expensive. Now, thanks to General Electric, it will be a little easier to sort through the options.

GE cited several reasons for making the shift towards the superior LED technology—namely, the price has finally dropped to a reasonable value. Although LEDs are still more expensive than both incandescent and CFL lightbulbs, the benefits greatly outweigh the extra cost that is no more than a dollar per lightbulb. GE said that the LED’s instant brightness, ability to change colors, and connectivity are a few other reasons why it will no longer produce CFL lightbulbs.

LED lightbulbs could also serve as a trojan horse to the smart home. Every LED lightbulb includes a circuit board. That board can be used to power low-wattage accessories like Bluetooth antennas, Wi-Fi antennas, and in the near future, it could be used to power a fleet of sensors that communicate with each other and help monitor your home. GE entered the low-cost connected LED bulb a couple years ago with the futuristic-looking Link bulb and recently expanded its offerings with a new line of bulbs, C by GE, that adjust based on the time of day in order to help regulate your body’s melatonin levels.

“We’re going to make LEDs more accessible, and we’ll start using lightbulbs for more than just lighting.” said GE global commercial marketing manager Steve Pepe. “We think that lightbulbs will be able to sense or hear. They can be nodes throughout your house.”

RETURN OF INCANDESCENT LIGHT BULBS Article in the Daily Telegraph