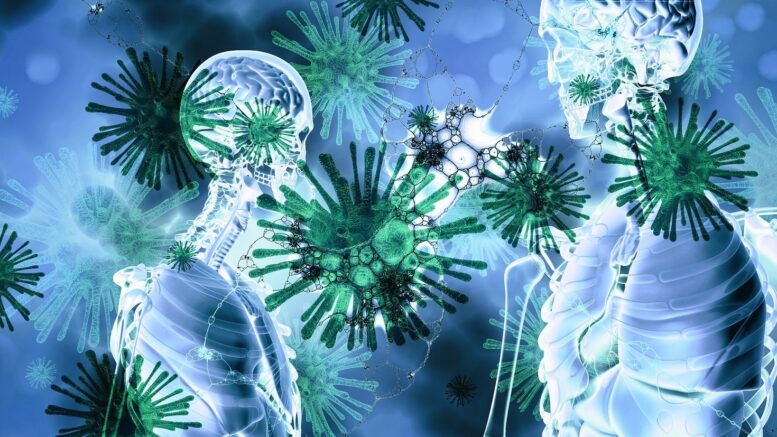 Please Share This Story!
PDF 📄
The Intergovernmental Panel on Climate Change (IPCC) is merging climate alarmism with health risks – an unholy alliance. Now its “heat-related human mortality” that could kill billions by the end of the century unless we all adopt Sustainable Development, aka Technocracy, NOW! ⁃ TN Editor

A new report from a United Nations climate panel is warning of the deadly effects of climate change both now and in the future — and finding that they are currently worse than scientists had believed they would be.

The report from the Intergovernmental Panel on Climate Change (IPCC) warned of health risks from climate change, including from heat exposure, disease and mental health issues.

It said that globally, extreme heat events have already resulted in deaths. And it said that since the last time the IPCC issued a report in 2014, there have been more extreme events, including “heat-related human mortality,” that have been attributed to human-caused climate change.

The panel’s report described major additional risks in the decades to come, particularly between the years 2040 and 2100.

“Climate change and related extreme events will significantly increase ill health and premature deaths from the near- to long-term,” said a summary of the findings.

In particular, the panel raised concern about exposure to heat waves as well as food-borne and water-borne disease risks and disease from pests like mosquitoes. It particularly warned of increases in the risk of diseases from a certain type of mosquito, “potentially putting additional billions of people at risk by the end of the century.”

And it warned of increased mental health issues such as anxiety and stress.

The report also warned that some of the effects currently being seen are worse than previously projected.

“The extent and magnitude of climate change impacts are larger than estimated in previous assessments,” the summary said, particularly highlighting “substantial damages” and “increasingly irreversible losses” to ecosystems and “shifts in seasonal timing.”

Parmesan added that the world is seeing impacts that it previously did not expect to see at the current level of warming, such as “diseases emerging into new areas” and “the first extinctions of species due to climate change.”

Scientists and policymakers alike said the report was a stark warning.

“Today’s IPCC report paints a dire picture of the impacts already occurring because of a warmer world and the terrible risks to our planet if we continue to ignore science,” U.S. special climate envoy John Kerry said in a statement.

He called for a strong response, as legislative action in the U.S. has been stalled amid disagreements over President Biden’s climate and social spending agenda.

“Denial and delay are not strategies, they are a recipe for disaster,” Kerry said. “The best scientists in the world have shown us that we must accelerate adaptation action, with urgency and at scale. Our efforts to date have been too small and too fragmented to match the scale of the impacts we are already experiencing, let alone the threats we expect in the future.”

The report also noted potential issues with infrastructure, particularly in coastal areas. It said that globally, about a billion people are projected to be at risk from coastal-specific climate hazards in the mid-term.

While the world is already grappling with climate change, the report said that the outcomes going forward will vary based on how urgently the world acts now to mitigate and adapt to it.

“The magnitude and rate of climate change and associated risks depend strongly on near-term mitigation and adaptation actions, and projected adverse impacts and related losses and damages escalate with every increment of global warming,” the IPCC report said.

We are in far greater danger from Democrats than any pandemic or climate change.

I despise these fascists and all their puppets

I can’t listen to these …these…these…FRAUDS!

Steps to EFFECTING a Hoax : Secretly plan to weaponize normal year-to-year cold and flu-bug epi- demics—in order to cover-up a plan for effecting massive Vote-Fraud; for STOPPING logic-driven Trump and his massive voter-base. How would Biden & Team expect to win while Biden could not get 60 people on a parking lot ! (( hidden by MSM using cropping of pictures and videos )) when Trump was able to attract 16,000 into a stadium ? I began explaining the “Covid-19 Hoax” in June of 2020. Why a H O A X ? : —because gain-of-function efforts ALWAYS Fail, because… Read more »

Who relentlessly pushes Global Warming, Scamdemic & Racism? That’s right, the infanticidal Scamdemocrats. Decades & trillion$ without gaining an inch. All they want, is complete power over the people, they build laws & rules to ensure their totalitarianism continues. They depend on their orchestrated fear, panic & rage, to influence the misinformed.

Global Warming and Pandemic: Two Scams Seen Merging to Try to Scare Us to Death — Torches and Pitchforks

Fear has been the greatest motivator for revolution for years, but it has really kicked in when the internet became the dominant form of media. If you tell people over and over the world will end due to an uncontrolled weather event or and uncontrolled pandemic, over and over again, you will get all kinds of results for your campaign — ask the NAZI Party, The Communists and The Democratic Party.

Who can we contact in the state of Arizona to get real info about what they are spraying in our skies almost daily now, and what it might be doing to our health?