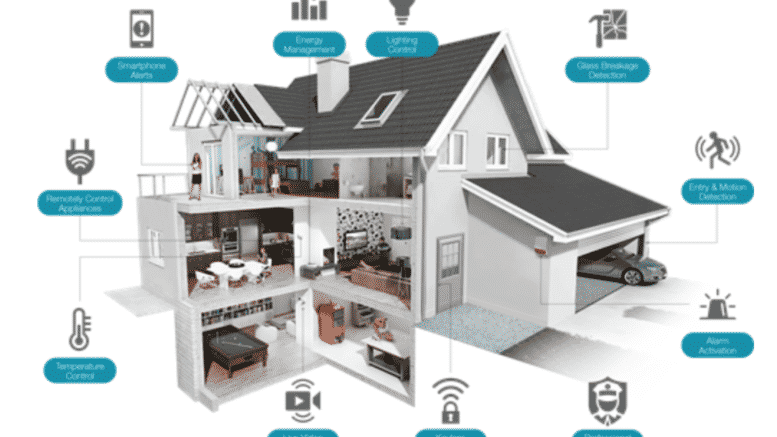 Please Share This Story!
PDF 📄
Google’s master blueprint is Technocracy,  “the science of social engineering, the scientific operation of the entire social mechanism to produce and distribute goods and services to the entire population” (The Technocrat, 1938)  ⁃ TN Editor

Google wants to scan your clothing and listen to you brush your teeth. Welcome home.

It’s a familiar feeling: Type something into Google’s search bar, and then start seeing ads for it everywhere. Sometimes you don’t even need to search—Google’s already triangulated your desires based on your emails, your demographics, your location. Now that familiarity stands to get a lot more intimate. With a fascinating pair of new patents for smart-home technology, Google is hoping users will open their home to its trademark eavesdropping.

In the first patent, Google imagines devices that would scan and analyze the surroundings of your home, then offer you content based on what they detect. According to the patent, the smart cameras in such a device could, for example, recognize Will Smith’s face on a T-shirt on the floor of a user’s closet. After matching this analysis against your browser history, the device might then say aloud, “You seem to like Will Smith. His new movie is playing in a theater near you.”

It doesn’t stop at Will Smith movies. The patent imagines that smart-home devices would make all types of inferences about users, sorting them into categories based on what the devices see in their most personal spaces. Using object recognition, they could calculate “fashion taste” by scanning your clothing, and even estimate your income based on any “expensive mechanical and/or electronic devices” they detect. Audio signatures, too, could be used to not only identify users, but to determine gender and age based on the timbre of their voice. The smart home would recommend what to watch and where to shop, all based on how it sorts users into categories of taste, income, and interest.

If this sounds invasive, it’s important to recognize that this is already happening, just online. Google and Facebook both record and analyze user behavior, use it to sort people into categories, and then target them with ads and other content. Facebook likely knows your race and religion, while Google uses your emails and search history to sort you into ad-ready brackets. Netflix infers all types of data on users based on what they watch, then serves back hyper-specific movie and TV categories. This patent simply expands the areas in which your behavior is already mined and recorded from your phone and laptop to your bedroom.

And your children’s bedrooms. The second patent proposes a smart-home system that would help run the household, using sensors and cameras to restrict kids’ behavior. Parents could program a device to note if it overhears “foul language” from children, scan internet usage for mature or objectionable content, or use “occupancy sensors” to determine if certain areas of the house are accessed while they’re gone— for example, the liquor cabinet. The system could be set to “change a smart lighting system color to red and flash the lights” as a warning to children or even power off lights and devices if they’re grounded.