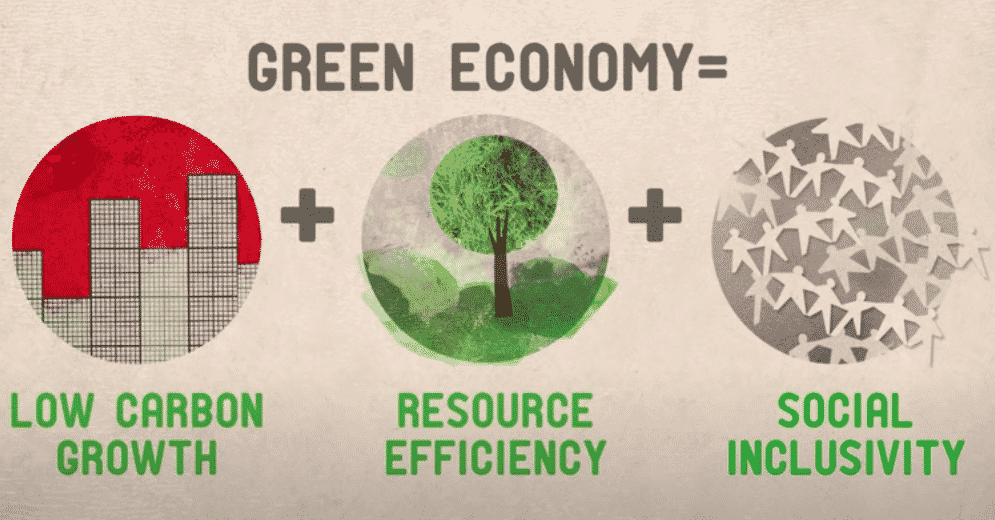 Using Orwellian “double-speak”, green growth means economic contraction. Sustainable Development, aka Technocracy and the Great Reset will go down in history as the greatest plundering of global assets ever conducted.

This article is pro-green but points out that “the idea that we can do both [be “green” and grow at the same time is a persistent mythology, an article of  faithno less, that needs to be discarded.” –TN Editor

There are ‘no realistic scenarios’ to make the economic growth demanded by capitalism compatible with a safe climate, researchers who advised the United Nations found.

We need to somehow break this link between material wealth and environmental catastrophe. That’s why financial institutions and governments have been focused on the idea of “decoupling” GDP growth from resource use.

The idea of “decoupling” is driven by the recognition that to stay within the ˜safe limit of 1.5 degrees Celsius, we have to dramatically reduce our material consumption of Earth’s resources.

The assumption is that it is possible to continue growing the global economy while reducing our actual resource use and material footprint, perhaps by shifting to renewable energy.

This notion has been most recently articulated in the book More From Less: The Surprising Story of How We Learned to Prosper Using Fewer Resources and What Happens Next, by Andrew McAfee, principal research scientist at the MIT Sloan School of Management. Financial and other data, McAfee argued, shows we can actually easily reduce our material footprint while continuing to grow our economies in a win-win scenario.

But new scientific analysis by a group of systems scientists and economists who have advised the United Nations seems to pull the rug out from under this entire enterprise. The new research indicates that the conventional approach is based on selective readings of statistical data.

McAfee argues, for instance, that as we are increasing wealth, the productivity motor of capitalism is driving us to greater heights of efficiency due to better technologies. This means we are able to make stuff faster and smaller using less materials and in some cases less energy. And that in turn implies we are causing less pollution. The problem is that this story, according to the new research, ignores how greater efficiency in certain regions or sectors is not slowing down the overall consumption machine. Within the wider system these efficiencies are enabling us to consume even greater quantities of resources overall.

That’s why decades of data on material flows confirm that there are “no realistic scenarios” for such decoupling of economic growth from resource use. Combing through 179 of the best studies of this issue from 1990 to 2019 further reveals “no evidence” that any meaningful decoupling has ever taken place.

“The goal of decoupling rests partly on faith,” conclude the team from the BIOS Research Institute in Finland, an independent multidisciplinary scientific organisation studying the effects of environmental and resource factors on economy, politics, and culture.

The BIOS team previously advised the UN Global Sustainable Development Report on the risk that endless economic growth under capitalism would be undermined due to intensifying “biophysical” limits. A combination of diminishing returns from energy extraction and increasing costs of environmental crises are already undermining growth, and require us to rewrite the global economic operating system, the scientists concluded in a powerful background report to the UN.

In two new, peer-reviewed research papers published in June, their analysis goes further. Capitalism’s drive for maximising profits means that the economy is structured around continued economic growth: if it doesn’t grow, it collapses. This means that huge technological efficiencies tend to empower capitalism to grow faster and bigger.