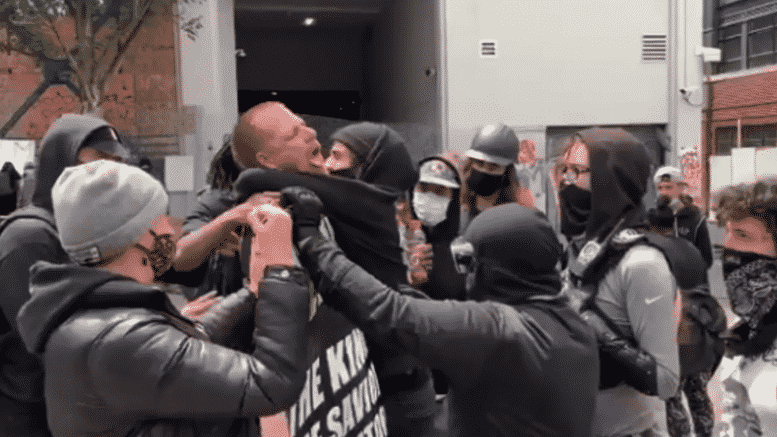 Please Share This Story!
PDF 📄
Is CHAZ showing us that this the age of utopian dreamers? If so, then Technocracy fits right in as the pinnacle of social engineering: no government, no rulers, free universal basic income, goods and services magically delivered by a smartphone app, etc.

It sounds like the goals are lined up pretty well. With Technocracy, only scientists and engineers will run everything for the common good after they dismiss all politicians, elected officials and law enforcement. What could possibly go wrong? Well, let the people work out their differences with baseball bats. ⁃ TN Editor

The year 2020 seems to be drawn straight from the plot of some discarded dystopian novel — a book that never got published because it sounded too far-fetched. Not only is there a pandemic to contend with, unemployment nearing levels last seen in the Great Depression, and nationwide protests against police brutality, but it’s all happening in the same year Americans are supposed to elect a president.

Amid the chaos and tear gas, some people see a chance to scrap everything and start over, a first step toward turning their visions for a better world into reality. In Seattle, protesters in one six-block stretch of Capitol Hill, a neighborhood near downtown, have created a community-run, police-free zone, recently renamed the Capitol Hill Organized Protest, CHOP. It’s a scene of masked crowds, vibrant signs and street art, a “no cop co-op” giving away food and supplies, and newly planted community gardens. In Minneapolis, volunteers turned a former Sheraton hotel into a “sanctuary” offering free food and hotel rooms — until they got evicted.

“We’re seeing a new resurgence of utopianism,” said Heather Alberro, an associate lecturer of politics at Nottingham Trent University in the United Kingdom who studies radical environmentalists and utopian thought.

Problems like climate change, the widening gap between the rich and everybody else, and racial inequality gives many the sense that they’re living through one giant unprecedented crisis. And these combined disasters create “the exact conditions that give rise to all sorts of expressions” of utopian thinking, Alberro said. From broad ideas like the Green New Deal — the climate-jobs-justice package popularized by New York Representative Alexandria Ocasio-Cortez — to Seattle’s “autonomous zone,” people are offering up new plans for how the world could operate. Whether they came from literature or real-life experiments, these idealistic efforts can spur wider cultural and political change, even if they falter.

ased on President Donald Trump’s tweets about Seattle’s CHOP (or Fox News websites’ photoshopped coverage of the protest) you’d picture pure chaos, with buildings afire and protesters running amok. The reality was more like people sitting around in a park, screening movies like 13th, and making art. It’s a serious protest too, with crowds gathered for talks about racism and police brutality in front of an abandoned police precinct. The protesters’ demands include abolishing the Seattle Police Department, removing cops from schools, abolishing juvenile detention, and giving reparations to victims of police violence.

“The Capitol Hill Autonomous Zone #CHAZ is not a lawless wasteland of anarchist insurrection — it is a peaceful expression of our community’s collective grief and their desire to build a better world,” Seattle Mayor Jenny Durkan tweeted last week.

This story seems a little outdated and you are keeping up. Chaz is now Chop. There has been violence inside there and property destruction. The mayor pushed them back from 7 blocks to 5 blocks. They do not have the right to make demands for anything. It is time to cut them off for everything acorss the board.

It’s all so very stupid I think. If you ask me I believe all the homeless in Portland joined these dead beats for free drugs, free food and the like minded. They even get toilets which is better than pooping in front of door ways. I went to school in down town Portland over 30 years ago, and it was sick then. We had to walk in pairs for protection because we had long walks to parking garages. I know people who live to live in Portland because there is free food everywhere, and they don’t mind living in tents… Read more »