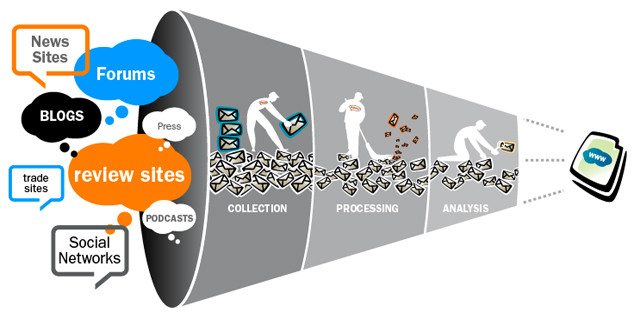 TN Note: DHS can draw on intelligence information from any other agency, but feels that it needs yet more advanced software tools to analyze social media in order to find evil-doers. The RFI gives lip-service to “protect the privacy, civil rights and civil liberties of individuals involved in open source and social media communications” but the intent to spy on all Americans is clear. Data collection and monitoring is the heartbeat of Technocracy, because one of the first rules of engineering states that you cannot control what you cannot monitor.

In a new request for information, DHS said it is looking for open source analytics tools that can make internal operations more efficient and reduce costs through “advanced analytic automation,” across the department, all while using “privacy, civil rights and civil liberties-protecting analytic methods.”

Respondents have until Feb. 9 to submit descriptions of their analytics capabilities, including geospatial processing, foreign and spoken language processing, and keyword, image and video analysis, among other elements.

Those groups will be asked to present on Feb. 26, the RFI said.

The announcement comes weeks after federal social media screening policies came under fire, especially in light of the San Bernardino shootings, when it was widely reported that one of the shooters had posted public pro-ISIS messages on Facebook. (Federal Bureau of Investigation director James Comey subsequently said those were private, direct communications.)

DHS policies in particular were criticized last month when Congress blasted the department for not examining immigrants’ social media accounts closely and routinely when granting visas, The Hill reported.