How Close Is Skynet AI? Too Close! 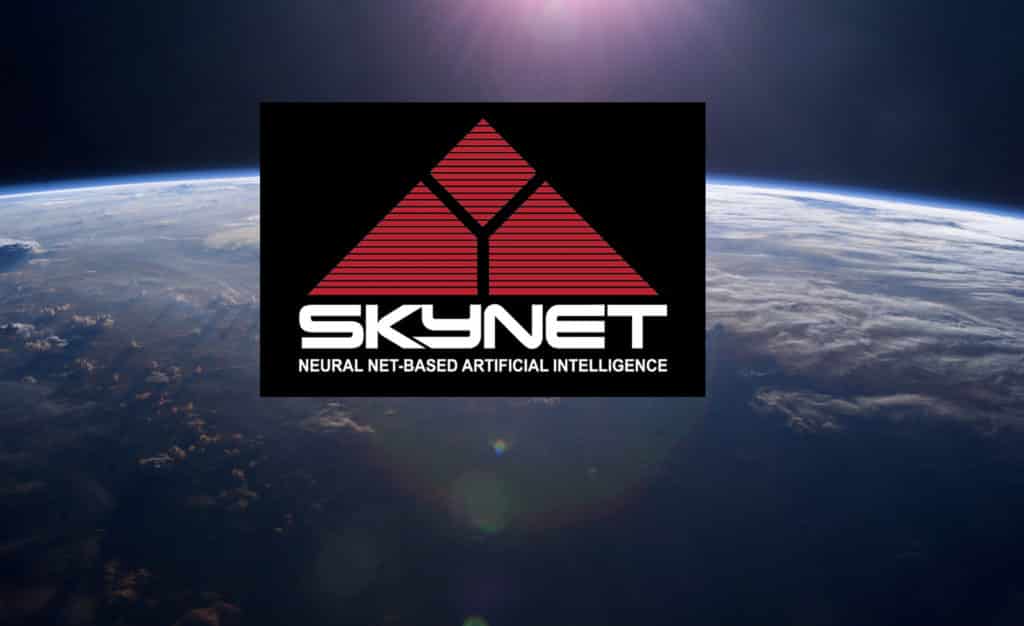 Mimicking Terminator’s science fiction AI called Skynet, GEOINT’s Sentient system learns on its own and autonomously points diverse sensor/surveillance systems to get what it wants and in real-time.

While this is amazing technology for the battlefield, the military is currently turning it on American soil in conjunction with various law enforcement agencies, including the Department of Homeland Security. If not stopped, this will lead to a total Scientific Dictatorship, aka Technocracy. ⁃ TN Editor

At the final session of the 2019 Space Symposium in Colorado Springs, attendees straggled into a giant ballroom to listen to an Air Force official and a National Geospatial-Intelligence Agency (NGA) executive discuss, as the panel title put it, “Enterprise Disruption.” The presentation stayed as vague as the title until a direct question from the audience seemed to make the panelists squirm.

Just how good, the person wondered, had the military and intelligence communities’ algorithms gotten at interpreting data and taking action based on that analysis? They pointed out that the commercial satellite industry has software that can tally shipping containers on cargo ships and cars in parking lots soon after their pictures are snapped in space. “When will the Department of Defense have real-time, automated, global order of battle?” they asked.

“That’s a great question,” said Chirag Parikh, director of the NGA’s Office of Sciences and Methodologies. “And there’s a lot of really good classified answers.”

He paused and shifted in his seat. “What’s the next question?” he asked, smiling. But he continued talking, describing how “geospatial intelligence” no longer simply means pictures from satellites. It means anything with a timestamp and a location stamp, and the attempt to integrate all that sundry data.

Then, Parikh actually answered this question: When would that translate to near-instantaneous understanding and strategy development?

Parkih didn’t mention any particular programs that might help enable this kind of autonomous, real-time interpretation. But an initiative called Sentient has relevant capabilities. A product of the National Reconnaissance Office (NRO), Sentient is (or at least aims to be) an omnivorous analysis tool, capable of devouring data of all sorts, making sense of the past and present, anticipating the future, and pointing satellites toward what it determines will be the most interesting parts of that future. That, ideally, makes things simpler downstream for human analysts at other organizations, like the NGA, with which the satellite-centric NRO partners.

Until now, Sentient has been treated as a government secret, except for vague allusions in a few speeches and presentations. But recently released documents — many formerly classified secret or top secret — reveal new details about the program’s goals, progress, and reach.

Research related to Sentient has been going on since at least October 2010, when the agency posted a request for Sentient Enterprise white papers. A presentation says the program achieved its first R&D milestone in 2013, but details about what that milestone actually was remain redacted. (Deputy director of NRO’s Office of Public Affairs Karen Furgerson declined to comment on this timing in an email to The Verge.) A 2016 House Armed Services Committee hearing on national security space included a quick summary of this data-driven brain, but public meetings haven’t mentioned it since. In 2018, a presentation posted online claimed Sentient would go live that year, although Furgerson told The Verge it was currently under development.

The NRO has not said much about Sentient publicly because it is a classified program,” says Furgerson in an email, “and NRO rarely appears before Congress in open hearings.”

The agency has been developing this artificial brain for years, but details available to the public remain scarce. “It ingests high volumes of data and processes it,” says Furgerson. “Sentient catalogs normal patterns, detects anomalies, and helps forecast and model adversaries’ potential courses of action.” The NRO did not provide examples of patterns or anomalies, but one could imagine that things like “not moving a missile” versus “moving a missile” might be on the list. Those forecasts in hand, Sentient could turn satellites’ sensors to the right place at the right time to catch ill will (or whatever else it wants to see) in action. “Sentient is a thinking system,” says Furgerson.

It’s not all dystopian: the documents released by the NRO also imply that Sentient can make satellites more efficient and productive. It could also free up humans to focus on deep analysis rather than tedious needle-finding. But it could also contain unquestioned biases, come to dubious conclusions, and raise civil liberties concerns. Because of its secretive nature, we don’t know much about those potential problems.

“The NRO’s and the Intelligence Community’s standard practice is to NOT disclose sensitive sources and methods, as such disclosure introduces high risk of adversary nations’ countering them,” says Furgerson. “Such loss harms our nation and its allies; it decreases U.S. information advantage and national security. For those reasons, details about Sentient remain classified and what we can say about it is limited.”