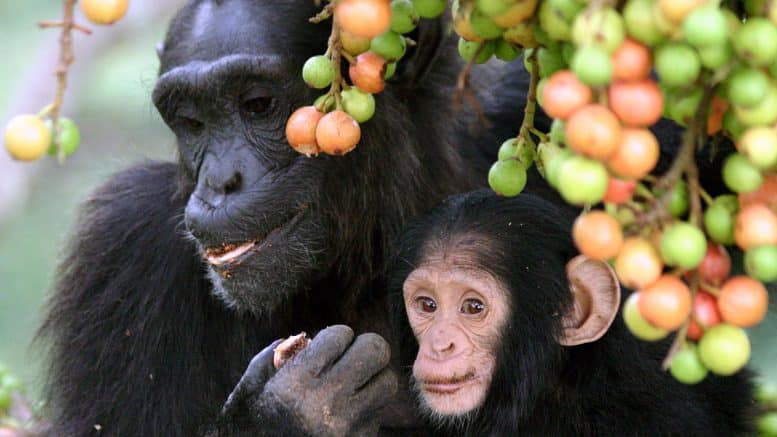 Please Share This Story!
PDF 📄
Technocrats of all stripes have such a low view of humanity that there are no boundaries in tinkering with genetic restructuring just for the thrill of doing so. This is ultimately based on the religion of Scientism which posits that all truth is exclusively discovered through science.  ⁃ TN Editor

In a long article adapted from a chapter in his forthcoming book, psychologist David Barash proposes that society should sanction the making of human-chimp hybrids. He refers to this new creature as a “humanzee” and says that “making it would be a terrific idea.”

Barash recognizes some of the scientific challenges to making a humanzee but claims that it is “by no means impossible or even unlikely that a hybrid or a chimera combining a human being and a chimpanzee could be produced in a laboratory. After all, human and chimp (or bonobo) share, by most estimates, roughly 99 percent of their nuclear DNA.”

His main argument for pursuing the creation of a human-chimp hybrid is based on the belief that humans have an unwarranted belief that we are special creatures. As Barash puts it, “Moreover, I propose that the fundamental take-home message of such creation would be to drive a stake into the heart of that destructive disinformation campaign of discontinuity, of human hegemony over all other living things.”

This argumentation claims that the dehumanization of others, what we call racism, is allowed because we’ve provided an empty space between the value of humans and the lesser value of animals. Close that gap, Barash believes, and racism will truly begin to be wiped out.

However, he does acknowledge the potential for humans, viewing the hybrids as less than human, to abuse the humanzee. But, and allowing his scary utilitarian roots to show, Barash then quickly writes, “This is possible, but it is at least arguable that the ultimate benefit of teaching human beings their true nature would be worth the sacrifice paid by a few unfortunates.”

Pushing back on the potential for abuse, he posits that some hybrids could be “delighted by her ability to [write poetry or program a computer] while swinging from a tree branch.”

“And—more important,” he writes, “for any human being currently insistent upon his or her species’ specialness, to the ultimate detriment of literally millions of other individuals of millions of other species, such a development could well be a real mind expander and paradigm buster.”

Ultimately, what Barash is after is the erasure of the uniqueness of human personhood. His argument for the making of a human-chimp hybrid is built on his rejection of any real distinctions between humanity and the rest of the animal kingdom. He wants science to take the animal with the DNA that best matches human DNA and erase the distinction.

The Bible’s anthropology reveals to us that God made humans in His image. Genesis 1:26 reveals, “Then God said, ‘Let us make man in our image, after our likeness. And let them have dominion over the fish of the sea and over the birds of the heavens and over the livestock and over all the earth and over every creeping thing that creeps on the earth.'”

The irony is that anti-theists are standing on a very tiny ledge (a tiny ledge, frankly, that may actually be non-existent) whenever they trumpet that racism, misogyny, and other attempts at dehumanizing others is wrong. If all that remains in the world is power, winners and losers, and no transcendent morality exists, then what’s stopping those in power from doing whatever they want to those who are not in power?

Are humans descended from the banana?