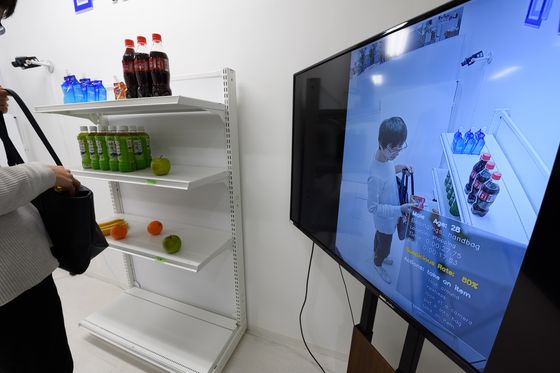 Vaak’s website claims to “Analyze more than 100 person feature quantities such as face, clothes, movement direction, attribute and estimate behavior and purpose.” Basically, it tags you ‘guilty’ before you commit a crime. ⁃ TN Editor

It’s watching, and knows a crime is about to take place before it happens. Vaak, a Japanese startup, has developed artificial intelligence software that hunts for potential shoplifters, using footage from security cameras for fidgeting, restlessness and other potentially suspicious body language.

While AI is usually envisioned as a smart personal assistant or self-driving car, it turns out the technology is pretty good at spotting nefarious behavior. Like a scene out of the movie “Minority Report,” algorithms analyze security-camera footage and alert staff about potential thieves via a smartphone app. The goal is prevention; if the target is approached and asked if they need help, there’s a good chance the theft never happens.

Vaak made headlines last year when it helped to nab a shoplifter at a convenience store in Yokohama. Vaak had set up its software in the shop as a test case, which picked up on previously undetected shoplifting activity. The perpetrator was arrested a few days later.

“I thought then, ‘Ah, at last!’” said Vaak founder Ryo Tanaka, 30. “We took an important step closer to a society where crime can be prevented with AI.”

Shoplifting cost the global retail industry about $34 billion in lost sales in 2017 — the biggest source of shrinkage, according to a report from Tyco Retail Solutions. While that amounts to approximately 2 percent of revenue, it can make a huge difference in an industry known for razor-thin margins.

The opportunity is huge. Retailers are projected to invest $200 billion in new technology this year, according to Gartner Inc., as they become more open to embracing technology to meet consumer needs, as well as improve bottom lines.

“If we go into many retailers whether in the U.S. or U.K., there are very often going to be CCTV cameras or some form of cameras within the store operation,” said Thomas O’Connor, a retail analyst at Gartner. “That’s being leveraged by linking it to an analytics tool, which can then do the actual analysis in a more efficient and effective way.”

Because it involves security, retailers have asked AI-software suppliers such as Vaak and London-based Third Eye not to disclose their use of the anti-shoplifting systems. It’s safe to assume, however, that several big-name store chains in Japan have deployed the technology in some form or another. Vaak has met with or been approached by the biggest publicly traded convenience-store and drugstore chains in Japan, according to Tanaka.