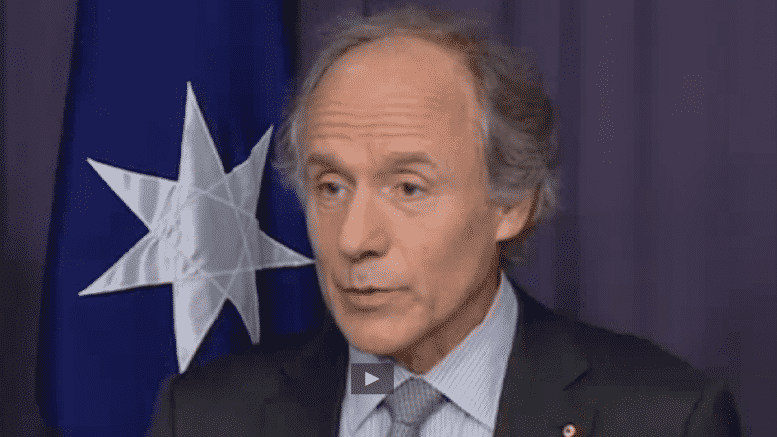 TN Note: The goal is total wipeout of “fossil” fuels for the sake of renewable energy.

The Federal Government’s new chief science advisor, Alan Finkel, has advocated for an end to coal-fired power but acknowledged it will not happen “overnight”.

His comments come as Prime Minister Malcolm Turnbull heads off a push from a group of well-known Australians to put a moratorium on new coal mines.

Dr Finkel has been appointed to take over as chief scientist, providing independent advice to the Government on science, technology and innovation.

He replaces Professor Ian Chubb, who will have held the role for almost five years when his tenure concludes in December.

During the media event to announce his appointment, Dr Finkel was questioned about the future of coal-fired power.

“My vision is for a country, a society, a world where we don’t use any coal, oil, or natural gas because we have zero-emissions electricity in huge abundance,” Dr Finkel said.

“But you can’t get there overnight.”

An open letter, co-signed by 61 prominent Australians, has been published this morning calling on the French president to put coal exports on the agenda at the Paris climate talks in December.

They are also pushing for a global moratorium on new coal mines.

Mr Turnbull has dismissed the call for a moratorium, and predicted coal will remain a key global energy source for many years.

He said that position was backed by the forecasts of international energy agencies.

“And likely to remain that way for a very long time.”

He said coal was continuing to play a big part in alleviating poverty in developing countries.