India Recognizes Carbon Slavery As A New Wave Of Colonization 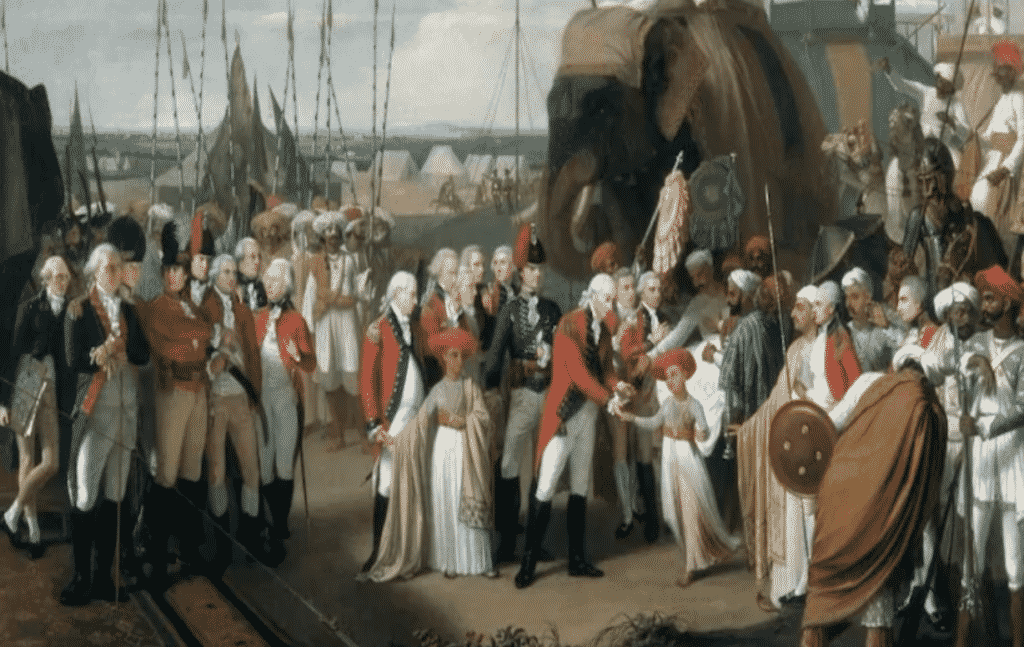 Modern Technocracy is global and thus as it seeks to reform everyone, everywhere, people from around the world are reacting and sounding alarm within their own cultural and religious settings. Technocracy doesn’t respect national boundaries, religion, culture, philosophy or tradition. It will crush and control everyone in its path.

India is particularly sensitive to colonization because its history is full of brutal conflicts with other nations who sought to dominate and control it. India finally threw off British colonial rule in 1950 and subsequently gained its own independence. Obviously, Vandana Shiva does not speak for all Indians but she clearly sees that her culture and religion are under attack by a global elite. ⁃ TN Editor

Vandana Shiva is a brilliant mind calling for inhabitants of the Earth to unite against forces that are threatening to destroy the planet, in part via a new wave of colonization in the name of sustainability.

Tech billionaire Bill Gates, now the largest owner of farmland in the U.S.,1 is at the root of the problem, pushing technology as the only mechanism to save the world, and in so doing denying real solutions. This path is not accidental but carefully orchestrated to amass wealth, power and control, while making all but the elite subservient.

In my interview with Vandana Shiva, Ph.D., she spoke about Gates Ag One,2 which is headquartered in St. Louis, Missouri, where Monsanto is also headquartered.

“Gates Ag One is one [type of] agriculture for the whole world, organized top down. He’s written about it. We have a whole section on it in our new report,3 ‘Gates to a Global Empire,'” she said. This includes digital farming, in which farmers are surveilled and mined for their agricultural data, which is then repackaged and sold back to them.

In the above Under the Skin podcast with Russel Brand, Shiva takes aim at Gates’ book “How to Avoid a Climate Disaster: The Solutions We Have and the Breakthroughs We Need,” which was released in February 20214 — calling it “rubbish:”5

“Just by chance I was reading the rubbish in Bill Gates’ new book. I normally don’t read rubbish but when they want to be rulers through rubbish, I read it. And it’s lovely because he says the greenhouse gases from factory farms are not because of factory farms and putting animals in prisons … it’s because the cows were the problem. They had four stomachs and the four stomachs make the methane.”

The reason cows in concentrated animal feeding operations (CAFOs) emit methane that smells is because they’re fed an unnatural diet of grains and placed in crowded quarters. It’s not a natural phenomenon. It’s a man-made one. “You walk behind a good cow on a grazing pasture, she’s not stinking,” Shiva said.6

The strong recommendation to replace beef with fake meat is also made in Gates’ book7 — another example of replacing a whole, natural food with something engineered, heavily processed and fake. It all stems from an overreaching theme of arrogance and the desire for recolonization and a global empire.

The idea is to imply, or create the environment in which, survival isn’t possible without technology. “It is a denial of the richness of agroecological knowledges and practices that are resurging around the world,” according to one of Navdanya’s reports.8

Shiva founded Navdanya, a nonprofit organization promoting biodiversity, organic farming and seed saving, in 1994. She has also travelled the globe to warn other countries, including Africa, about plans to displace rural farmers so investors can turn the land into industrial farms to export the commodities.

“He [Gates] has put the Indian plow that has existed for 10,000 years and says this primitive technology must go. I call this, as the future technology, a partnership between our bodies, the body of the Earth, and the body of the animals — realizing that we are not masters but we are there to serve through what Gandhi called bread labor, the labor of our body in the service of the Earth, in the service of community.

So we are for sure at an epic moment where everything wrong is being given a new life just at the time when the world was waking up … I think this is happening … because of arrogance … we’ve destroyed every international law, we’ve destroyed all democracy, we have locked people into fear … you know, the British empire had that arrogance.”

Breaking the Sacred Relationship With Food

Industrialization started the process of severing humans’ age-old connections to their food and the land on which it’s grown. “Now, with digitalization,” Shiva said, “they would like to end it forever.”10 Tech giants, in an effort to drive home digital agriculture, are working to reduce life to software11 while advancing digital surveillance systems.

So far, Shiva’s organization has managed to prevent Gates from introducing a seed surveillance startup, where farmers would not be allowed to grow seeds unless approved by Gates’ surveillance system. The data mining, Shiva says, is needed because they don’t actually know agriculture.

This is why Gates finances the policing of farmers. He needs to mine their data to learn how farming is actually done. In countering the tech giants’ attempts to remove humans’ sacred relationship to food, Shiva states we can fight back by remembering and focusing on a few essential principles:12

Gates has been vocal that achieving “net zero” emissions will be the “most amazing thing humanity has ever done.”14 By 2030, he’s pushing for drastic, fundamental changes, including widespread consumption of fake meat, adoption of next generation nuclear energy and growing a fungus as a new type of nutritional protein.15

The deadline Gates has given to reach net zero emissions is 2050,16 likely because he wants to realize his global vision during his lifetime. But according to Shiva, in order to force the world to accept this new food and agricultural system, new conditionalities are being created through net zero “nature-based” solutions. Navdanya’s report, “Earth Democracy: Connecting Rights of Mother Earth to Human Rights and Well-Being of All,” explains:17

“If ‘feeding the world’ through chemicals and dwarf varieties bred for chemicals was the false narrative created to impose the Green Revolution, the new false narrative is ‘sustainability’ and ‘saving the planet.’ In the new ‘net zero’ world, farmers will not be respected and rewarded as custodians of the land and caregivers, as Annadatas, the providers of our food and health.

They will not be paid a fair and just price for growing healthy food through ecological processes, which protect and regenerate the farming systems as a whole.

They will be paid for linear extraction of fragments of the ecological functions of the system, which can be tied to the new ‘net zero’ false climate solution based on a fake calculus, fake science allowing continued emissions while taking control over the land of indigenous people and small farmers.

‘Net Zero’ is a new strategy to get rid of small farmers in first through ‘digital farming’ and ‘farming without farmers’ and then through the burden of fake carbon accounting.

Carbon offsets and the new accounting trick of ‘net zero’ does not mean zero emissions. It means the rich polluters will continue to pollute and also grab the land and resources of those who have not polluted — indigenous people and small farmers — for carbon offsets.”

Gates already alluded to this double-standard in responding to those who criticized him for the hypocrisy of being a serious polluter himself, with a 66,000 square-foot mansion, a private jet, 242,000 acres of farmland and investments in fossil fuel-dependent industries such as airlines, heavy machinery and cars.18

This pollution is acceptable, Gates said, because, “I am offsetting my carbon emissions by buying clean aviation fuel, and funding carbon capture and funding low-cost housing projects to use electricity instead of natural gas.”19

Carbon colonization and carbon slavery are two terms being used to explain the reality behind carbon trade, which is being regarded by Big Tech as the next big opportunity, Shiva says.20 Carbon trade refers to the buying and selling of credits that allow a company to emit a certain amount of carbon dioxide,21 but by buying up credits from nonpolluters, industry can continue to pollute.

Technocracy is also a resource-based economic system, which is why the World Economic Forum talks about the creation of “sustainable digital finance,”22 a carbon-based economy and carbon credit trading.23