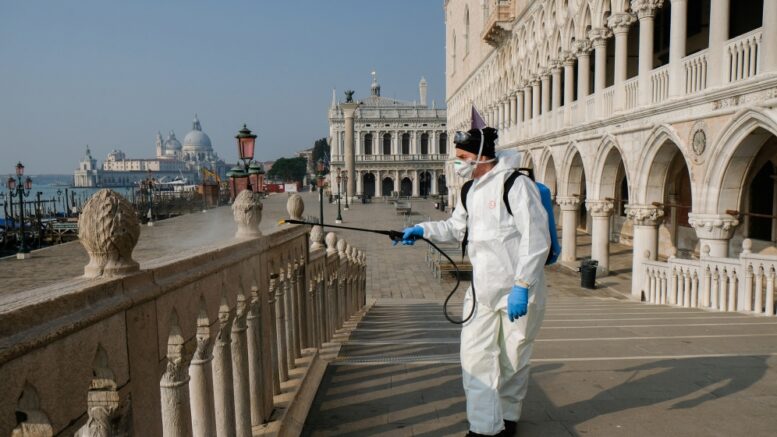 Please Share This Story!
PDF 📄
Global Technocrat shills who pumped death-rate hysteria to the media, along with dystopian policies, have been exposed in Italy. Worldwide, it is now likely that over 90 percent of deaths were “with COVID” and not “from COVID.” This could go down in history as the biggest con the world has ever seen, and with the most deadly consequences. ⁃ TN Editor

The Italian Higher Institute of Health has drastically reduced the country’s official COVID death toll number by over 97 per cent after changing the definition of a fatality to someone who died from COVID rather than with COVID.

Italian newspaper Il Tempo reports that the Institute has revised downward the number of people who have died from COVID rather than with COVID from 130,000 to under 4,000.

“Yes, you read that right. Turns out 97.1% of deaths hitherto attributed to Covid were not due directly to Covid,” writes Toby Young.

Of the of the 130,468 deaths registered as official COVID deaths since the start of the pandemic, only 3,783 are directly attributable to the virus alone.

“All the other Italians who lost their lives had from between one and five pre-existing diseases. Of those aged over 67 who died, 7% had more than three co-morbidities, and 18% at least two,” writes Young.

“According to the Institute, 65.8% of Italians who died after being infected with Covid were ill with arterial hypertension (high blood pressure), 23.5% had dementia, 29.3% had diabetes, and 24.8% atrial fibrillation. Add to that, 17.4% had lung problems, 16.3% had had cancer in the last five years and 15.7% suffered from previous heart failures.”

The Institute’s new definition of a COVID death means that COVID has killed fewer people in Italy than (whisper it) the average bout of seasonal flu.

If a similar change were made by other national governments, the official COVID death toll would be cut by a margin of greater than 90 per cent.

Don’t expect many others to follow suit though, given that governments have invested so much of their authority in hyping the the threat posed by the virus.

For example, behavioral psychologists in the UK worked with the state to deliberately “exaggerate” the threat of COVID via “unethical” and “totalitarian” methods of propaganda in order to terrify the public into mass compliance.

A survey conducted after the first lockdown found that the average Brit thought 100 times more people had died from COVID than the official death toll.

Now we come to understand that the official killed ‘by COVID’ and not ‘with COVID’ figure is less than one tenth what is officially reported as the total COVID death toll.

Despite the change, Italy may yet take the decision to make the COVID-19 vaccine mandatory, although how such a scheme would be imposed remains unspecified.

Pitchforks and torches needed for the commies over this!

[…] Italy’s ‘From Covid’ Death Count Drastically Reduced By Over 97 Percent: Global Technocrat shills who pumped death-rate hysteria to the media, along with dystopian policies, have been exposed in Italy. Worldwide, it is now likely that over 90 percent of deaths were “with COVID” and not “from COVID.” This could go down in history as the biggest con the world has ever seen, and with the most deadly consequences. […]