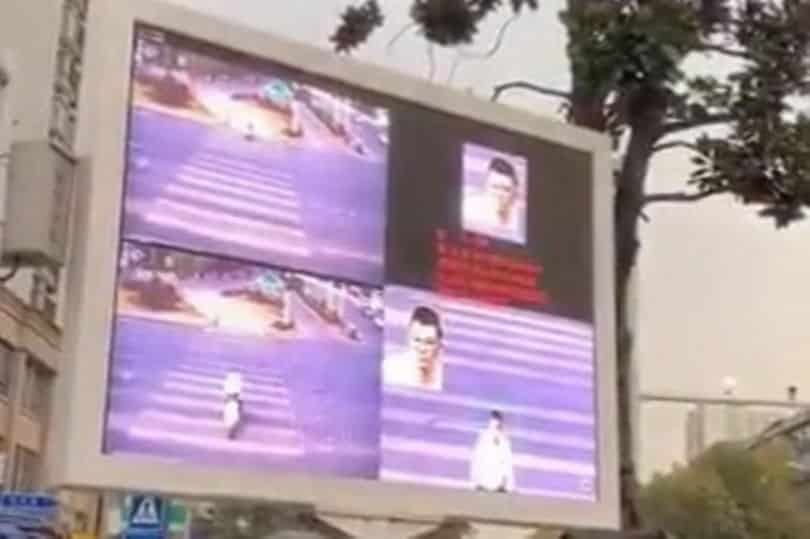 Jaywalk Shaming: China Puts Your Face And Name On E-Billboard

China’s ubiquitous surveillance and identification system watches everything, everywhere for rule-breakers and shames them in real-time by displaying pictures with names on electronic billboards.

Since the entire population has already been catalogued into a national database, identifying a single person takes only seconds. This is symptomatic of a Technocracy at work.  ⁃ TN Editor

It’s something that many people do without giving it a second thought, but if you jaywalk in China , you could be publicly shamed.

Facial recognition technology is being used in several Chinese cities, including Shanghai and Shenzhen, which can spot people jaywalking, and post their photo and ID to a huge billboard.

Writer Matthew Brennan tweeted a shocking video of the strange system, although it remains unclear where it was filmed.

He wrote: “Chinese facial recognition system to discourage minor traffic violations. Cross the road when you shouldn’t and a picture of you with your name, ID card number pop up on the big screen for everyone to see.”

His tweeted has garnered over 3,000 retweets and almost 5,000 likes (at time of writing), with many people replying to express their shock at the system.

However, while it may be shocking to us, it’s pretty common place for locals, who have had to endure the system since 2018.

Speaking to Channel News Asia , Janine Wong, a news researcher in Shanghai explained: “It doesn’t matter if you’re walking or riding a bicycle.

“(Your picture) will be captured, and your face will show up on a screen nearby so everyone can see your face.

“Once they identify your face, all your information (like mobile phone number) is linked.”

Facial recognition is widely used across China, including in several airports.