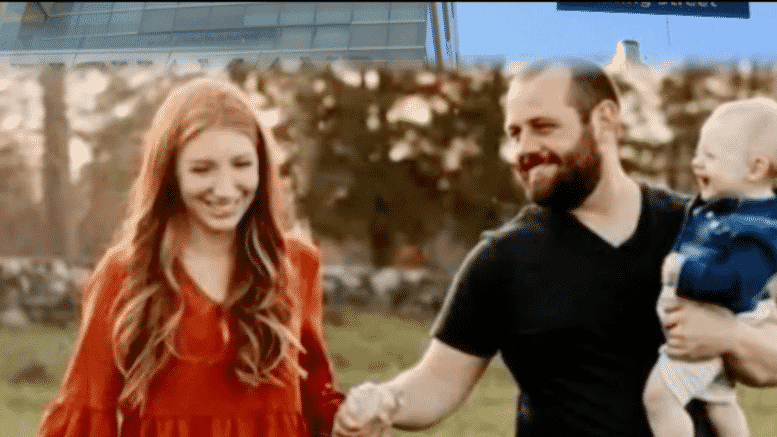 Please Share This Story!
PDF 📄
David Ferguson wants to live but he desperately needs a heart transplant. He declined an mRNA injection because it might kill him but the hospital kicked him off the transplant list, guaranteeing his untimely death – he is only 31 years old.  Without a shred of evidence, the doctors say that the “vaccinated” have a better chance post-surgery of surviving.

When medical Technocrats dig in their heels with what to them is absolute truth, all other reason is thrown out the door. This is comparable to manslaughter at best and murder at worst. ⁃ TN Editor

David Ferguson is speaking out passionately on behalf of his son DJ. He says the 31-year-old is fighting for his life at Brigham and Women’s Hospital and in desperate need of a heart transplant.

“My son has gone to the edge of death to stick to his guns and he’s been pushed to the limit,” Ferguson said.

The family says he was at the front of the line to receive a transplant but because he has not received the COVID-19 vaccination he is no longer eligible according to hospital policy. Ferguson says his son refuses to get the shot.

“It’s kind of against his basic principles; he doesn’t believe in it. It’s a policy they are enforcing and so because he won’t get the shot, they took him off the list of a heart transplant,” Ferguson said.

Brigham and Women’s released a statement saying, “And like many other transplant programs in the United States – the COVID-19 vaccine is one of several vaccines and lifestyle behaviors required for transplant candidates in the Mass General Brigham system in order to create both the best chance for a successful operation and also the patient’s survival after transplantation.”

Dr. Arthur Caplan is Head of Medical Ethics at NYU Grossman School of Medicine. He says being vaccinated is necessary for this type of procedure. “Post any transplant, kidney, heart whatever, your immune system is shut off,” Caplan said. “The flu could kill you, a cold could kill you, COVID could kill you. The organs are scarce, we are not going to distribute them to someone who has a poor chance of living when others who are vaccinated have a better chance post-surgery of surviving.”

DJ remains at Brigham and Women’s Hospital. He is a father of two children with a third on the way. The family says they are not sure what they plan to do. They are thinking about transferring him, but he may be too weak to move.

“We are aggressively pursuing all options, but we are running out of time,” Ferguson said.

How is it that only 1% of doctors are standing up for humanity? What is in the minds of the rest of them? Feckless cowards and sociopaths.

Since heart transplants almost certainly involve a murder, in this case a good thing has been done.

So effed either way, no heart without the vaccine or a heart that perhaps works but will sureley not work with the vaccine. What a sick, criminal system.

[…] >David Ferguson wants to live but he desperately needs a heart transplant. He declined an mRNA injection because it might kill him but the hospital kicked him off the transplant list, guaranteeing his untimely death – he is only 31 years old.  Without a shred of evidence, the doctors say that the “vaccinated” have a better chance post-surgery of surviving. READ HERE for the REST of the STORY […]

What a load of crap! Whose to say that a covid jabbed individual will fare better if organ transplants are given to them? What a sad time we live in. Furthermore, before the release of the covid shots. I never heard of any vaccine that was recommended for pregnant woman, cancer patients or for people with compromised immune systems. The insanity marches on.

There have been many patients who have received organ transplants and lived, without having to deal with this sort of thing! Immunity issues are tissue rejection issues. Being vaccinated for anything has never been a criterion for receiving transplants. According to what I read from very knowledgeable doctors and the reputable of the scientific community, this jab that is being called a vaccine will shut him down as quick as any transplant procedure will–enlist the help of a VERY good lawyer to talk to hospital administrator and do leg work quickly. Prepare to sue. First though, work immediately on moving… Read more »

This hospital official is an idiot. If I were this family I wouldn’t want him in charge of my loved one, how petty. He’s a little tyrant flexing the only muscle he has. Take a shot that could kill you or we’ll make sure you die. I hope this family finds the legal help they need. The shot is still experimental and the man has the right to refuse, they shouldn’t withhold a life or death surgery.

The hospital protocols are leading to 1st degree murder, because of the willful intent. It won’t be prosecuted/adjudicated, unless the populace pushes back hard enough to make that happen.
Since Yeshua/Jesus is my Savior/King, I look forward to the day my physical body perishes, in accordance with His timing, and the only medical professionals shall be of His choosing and will be outside of the conventional Big Pharma/Rockefeller Foundation control.

[…] were still fighting with hospitals for the chance to try alternative treatments.” 31-year-old DJ Ferguson has been kicked off the heart transplant list at Brigham and Women’s Hospital because he refused […]