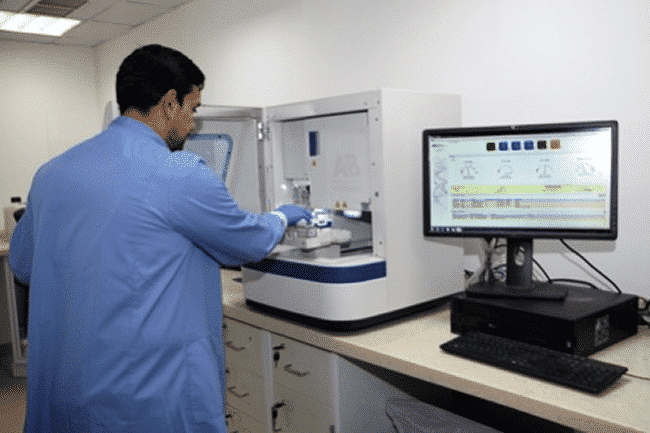 Please Share This Story!
PDF 📄
TN Note: Officials make a point to state that DNA will not be used to determine genealogy, which means that is exactly what they will do, at least at some point. With the Arab intense hatred of Jews, it would be an easy test to quickly determine nationality of origin. Furthermore, to whom would they sell the DNA data? And, how long before other countries adopt and implement the same technology? Technocracy depends upon tracking of all individuals and amassing as much personal data as possible.

All visitors and tourists to Kuwait will now have to submit to a DNA test and be DNA tagged before they’re allowed to enter the Persian Gulf state.

In a world first, Kuwait wants to DNA “tag” everybody in, as well as entering the country with the new DNA legislation that will become law this year.

The Kuwait government says the forced DNA testing won’t affect people’s personal freedom and privacy but will be done to keep track of people and to help if they commit crimes.

Tourists and visitors to Kuwait will get their DNA taken through specimens of saliva or a few drops of blood done at a special DNA testing facility at the airport.

The DNA collection will be done at a special testing centre at Kuwait International Airport and there will be “consequences of rejecting its procedures” for visitors who refuse the mandatory test.

Citizens will be DNA tested by using mobile testing centres that will move through the state and residents will have their DNA captured when they apply for the issuing or renewing of residency visas during medical examinations.

According to The Kuwait Times, the DNA testing law is “aimed at creating an integrated security database”. The law – the first of its kind in the world – and the DNA tagging will only be used for “criminal security purposes” according to Kuwait officials.

“Kuwait will have a database including DBA fingerprints of all citizens, residents and visitors. This law is the first of its kind in the world and Kuwait is the first country worldwide to apply the system,” notes the publication.

I think a case can be made against the possibility of transhumanism, based on my book, The Nature of Infinitesimals.In the closing chapter, this is adumbrated.I will send you a copy if you with to see it.