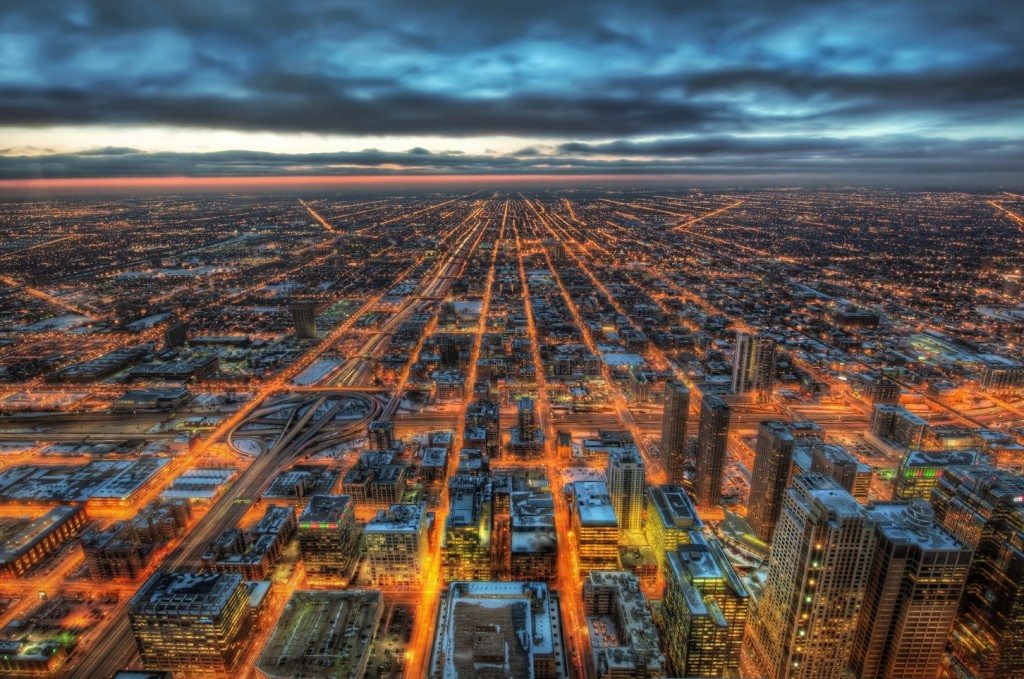 Every conceivable concept of historic Technocracy can be found in this article. Of course, only “experts” such as scientists and engineers can properly plan such a future; citizens will merely have to go along with the program. Aldous Huxley proposed in Brave New World (1932) that Scientific Dictatorship would be the inevitable outcome. -TN Editor

Half a century ago, when politicians, planners, writers and film-makers imagined the Britain of the 21st century, their vision was, more often than not, often one of gleaming modern cities and radical technological innovation. Harold Wilson invoked a nation “forged in the white heat” of the scientific revolution; children cowered behind the sofa as Dr Who battled cyborgs; cities were reconstructed from concrete and encircled, connected and sliced through with huge new motorways.

But there are few things as dated as yesterday’s futures – many of the utopian and dystopian fantasy futures of the 20th century now seem somewhere between quaint and absurd. The naïve belief in technological fixes to deep social and economic problems has left many lasting scars in the urban landscape of the UK. Over the past 50 years, we – and the cities that more and more of us inhabit – have changed beyond recognition.

Now, the Economic and Social Research Council’s (ESRC) new multi-million pound Urban Transformations initiative will bring together some of Britain’s most distinguished academics. Their goal: to help us understand and address the challenges and changes our cities will face over the next half-century.

Cities are “path dependent”: their futures are shaped by past and present decisions. At times, they become locked in to outdated technologies. Cities in the US have been shaped and ruled by the car. Meanwhile, by not separating waste and drinking water in domestic plumbing, British cities spend vast sums ensuring the quality of water that flushes the loo is as potable as the water we drink from the tap.

It is estimated that the UK will spend more than £400bn on infrastructure in the next 20 years alone. Most of this will be focused on the built environment of our cities, their transport connectivity and their physical fabric.

It will be challenging to predict what sort of extraordinary changes will shape urban Britain over the next five decades. But we need to lay solid foundations for the future by developing the deepest possible understanding of the present. This means identifying how these urban environments – and the millions of people who create and inhabit them – can be given the very best chance to thrive.

In the future, British cities will become more efficient, and “smarter”, through new generations of computing. Increasingly, information will be gathered by the very infrastructure that reshapes the city. In the Internet of Things, the alarm at home may be connected to your phone, a security company and a remote monitor. Machines can speak to one another, and become human-oriented interfaces simultaneously.

These “big data” systems are embedding into the built environment, and are routinely used by populations through hand-held devices ranging from credit cards that log consumer preferences, to GPS-tracked smart phones. These systems are delivering large quantities of information about the way cities function. The data is streamed and archived in real time, to create a new record of all that goes on in the functions that are being automated. All of this must be done in the context of the new reality of British urban life, which is, in many respects, no less incredible than the sci-fi future imagined in the 1960s.

These days, a Brazilian migrant in the UK, working on a Spanish passport, can simultaneously Skype home to South America, use an app to measure the calories she’s burned, and livestream a film of her young child in a suburban nursery – all on the same hand-held device. We can all become cyborgs – part human, part machine – as we combine our everyday life with monitors, screens, and new technologies worn on the wrist or sheltered in our pockets.