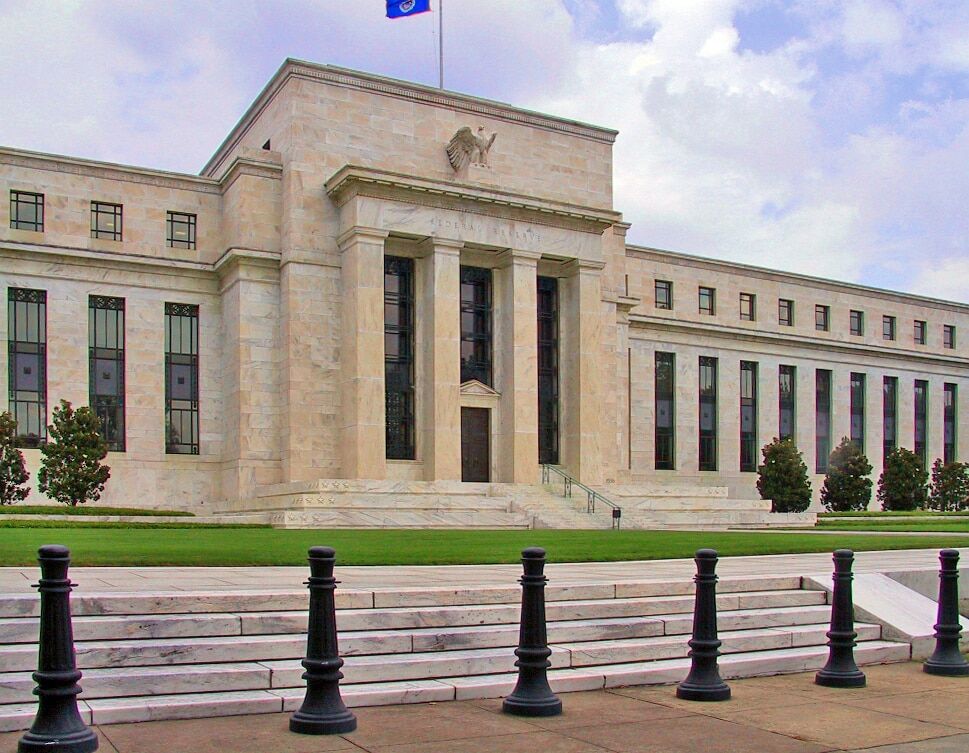 Mises Institute: ‘America Is A Technocracy, Not A Democracy’

This a must-read for every Technocracy News reader. The Mises Institute is the first major organization to openly write about Technocracy in the U.S. and it points out that other people are actually beginning to get the big picture. ⁃ TN Editor

Perhaps never before in American history have the unelected technocrats played such an enormous role in shaping public policy in America.

In recent weeks, members of Congress have been missing in action. Late last month, the House of Representatives passed the biggest spending bill in history while most members were absent. Member votes were not recorded and the legislation was passed with a voice vote, which required only a tiny handful of members.

Weeks later, the Senate refuses to even meet, and may finally get around to debating some legislative matters in May. As with the House, a handful of members assembled earlier to approve another enormous stimulus bill. Many Senators stayed home. This is “representative government” in modern America.

But if you thought this lack of congressional action means not much is happening in Washington in terms of policymaking, you would be very wrong. It’s just that the democratically elected institutions have now become a largely irrelevant sideshow. The real policymaking takes place among unelected experts, who decide for themselves—with minimal oversight or control from actual elected officials—what will happen in terms of public policy. The people who really run the country are these experts and bureaucrats at the central banks, at public health agencies, spy agencies, and an expanding network of boards and commissions.

The Rise of the Technocracy

This is not a new trend. Over the past several decades—and especially since the New Deal—official experts in government have gradually replaced elected representatives as the primary decision-makers in government. Public debate has been abandoned in favor of meetings among small handfuls of unelected technocrats. Politics has been replaced by “science,” whether social science or physical science. These powerful and largely unaccountable decision-makers are today most noticeable in federal courts, in “intelligence” agencies, at the Federal Reserve, and—long ignored until now—in government public health agencies.

Technocracy as a style of governing has been around at least since the Progressive Era, although it has often been restrained by traditional legislative and elected political actors and institutions. Globally, it has gained prominence in a variety of times and places, for example in Mexico during the 1980s and 1990s.

But the technocracy’s power has long been growing in the United States as well.

This may seem odd in a world where we are told democracy is among the highest political values, but technocrats have nonetheless managed to justify themselves through myths asserting that technocrats make scientific decisions guided only by The Data. These technocrats, we are told, care nothing of politics and only make sound decisions based on where the science leads.

Although that all may sound more reasonable or logical to some, the truth is that there is nothing nonpolitical, scientific, or evenhanded about government by technocrat. Technocrats, like everyone else, have their own ideologies, their own agendas, and their own interests. Often, their interests are greatly at odds with those of the general public that pays the technocrats’ salaries and is subject to the technocracy’s edicts.  The rise of technocracy has only meant that the means of influencing policy is now limited to a much smaller number of people—namely those who are already influential and powerful in the halls of government. Technocracy seems less political, because the political wrangling is limited to what used to be called “smoke-filled rooms.” That is, technocracy is really a sort of oligarchy, although not limited to the financially wealthy. It’s limited to people who went to the “right” schools or control powerful corporations such as Google or Facebook, or work for influential media organizations. It’s branded “nonpolitical,” because ordinary voters and taxpayers are excluded from even knowing who is involved or what policies are being proposed. In other words, technocracy is government by a small exclusive club. And you ain’t in it.

So how does technocracy survive in a system that claims to base its legitimacy on democratic institutions? After all, technocracy is by its very nature designed to be antidemocratic. Indeed, as the Left has soured on democracy, leftists have taken to demanding that more technocratic methods be implemented to do an end run around democratic institutions. In a much-quoted 2011 article for the New Republic, influential banker and economist Peter Orszag complains that democratic institutions such as Congress aren’t implementing enough of his preferred policies. Therefore, he insists that it’s time to “jettison the Civics 101 fairy tale about pure representative democracy and instead begin to build a new set of rules and institutions.” He wants rule by technocrat through a system of “commissions” staffed by “independent experts.”

This is the new model of “efficient” government. But in many areas, this is already how the United States is governed. There is no shortage of boards, panels, courts, and agencies that are controlled by experts who function largely without any oversight from the voters, taxpayers, or elected officials.

We can point to several institutions in which the spirit of technocracy is both well established and highly influential.

One: The US Supreme Court

This tendency toward technocracy first manifested itself in the form of the US Supreme Court. The court, of course, had long been considered to be a body of legal experts, of sorts. They were supposed to consider technical legal issues apart from the vicissitudes of electoral politics. But this expertise did not come without limitations. The court was expected to limit its own power or risk charges of attempting to meddle in the workings of democracy. By the mid-twentieth century, however, these limitations had been largely abandoned. During the 1950s and 1960s, the Supreme Court created a wide variety of new “rights” that Congress had never shown any willingness to create. Roe v. Wade, for example, created a new federal legal right to abortion based purely on the desires of a handful of judges and regardless of the fact it had always been assumed by virtually everyone that abortion was a matter for state legislatures.

Prior to this period any changes of such magnitude would have required a constitutional amendment. That is, prior to the rise of the modern supercharged SCOTUS, it was assumed that major changes to the Constitution required a long public debate and the involvement of many voters and legislators. But with the rise of the Supreme Court as expert creators of new law, it became the norm for the judges to dispense with public debate and electoral decision-making. Instead, the experts would “discover” what the Constitution really meant and create their own new laws based on legal “expertise.”

A second building block of the technocracy has been the Federal Reserve. Since its creation in 1935, the Federal Reserve Board of Governors has increasingly acted as a policymaking board of technocrats who function outside the legislative process, yet enact regulations and policies that have enormously large effects on banking systems, the financial sector, and even fiscal policy.

The Fed policymakers are quintessential technocrats in that they allegedly make decisions based only on “the data” and unbent by political concerns. The sacrosanct nature of these technocrats’ decisions has been buttressed by years of implausible claims about the Fed’s “independence” from political pressure from the White House or Congress.

In reality, of course, the Fed has never been an apolitical institution, and this has been shown by a variety of scholars, many of them political scientists. Fed Boards have always been influenced by presidents and others.  (Most economists are too willfully naïve to understand the political dimensions of the Fed.) Nowadays, it has become painfully obvious that the Fed exists to prop up the regime and the financial sector through whatever means necessary. The idea this process is guided by a dispassionate consideration of “the data” should be regarded as risible.

A new addition to the growing ranks of the technocrats in America is the legion of medical experts—at all levels of government—who have attempted to dictate policy during the COVID-19 panic of 2020. Led nationally by lifelong government bureaucrats such as Anthony Fauci and Deborah Birx, the public health experts have taken on the typical persona of the technocrat: they are guided only by “the science,” they insist, and it is claimed that only these experts have the ability to correctly implement and dictate public policies that will address the risks posed by various diseases.

As with the Federal Reserve and the Supreme Court, those who oppose the medical experts are said to be sacrificing apolitical objectivity—a virtue enjoyed only by the technocrats (and their supporters)—on the altar of gaining political advantage.