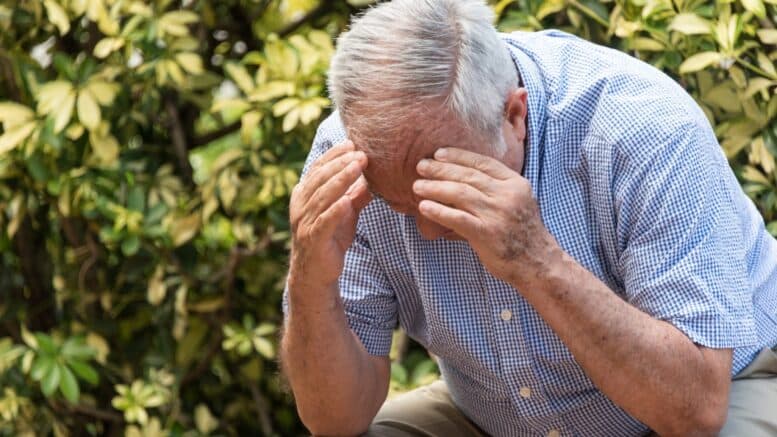 Desperate senior crying with his hands in his face

MIT scientist Stephanie Seneff’s paper, “Worse Than the Disease: Reviewing Some Possible Unintended Consequences of mRNA Vaccines Against COVID-19,” published in the International Journal of Vaccine Theory, Practice and Research in collaboration with Dr. Greg Nigh, is still one of the best, most comprehensive descriptions of the many possible unintended consequences of the mRNA gene transfer technologies incorrectly referred to as “COVID vaccines.”

December 9, 2021, their paper was reprinted in the Townsend Letter, the Examiner of Alternative Medicine. Seneff, Ph.D., a senior research scientist at MIT who has been conducting research at MIT for over five decades, has spent a large portion of her career investigating the hazards and mechanisms of action of glyphosate.

Her attention was diverted to the science of mRNA gene transfer technologies in early 2020, when Operation Warp Speed was announced. As noted in her paper, many factors that lacked precedent, yet were being implemented at breakneck speed, included:

“To have developed this incredibly new technology so quickly, and to skip so many steps in the process of evaluating [its safety], it’s an insanely reckless thing that they’ve done. My instinct was that this is bad, and I needed to know [the truth].

At the time, just five months into the mass inoculation campaign, Seneff suspected the COVID shots would end up killing far more people than the infection itself. Today, a full year into it, the statistics are grim beyond belief, proving her educated prediction to have been an astute one.

As of December 3, 2021, the U.S. Vaccine Adverse Event Reporting System (VAERS) has logged an astounding 927,738 COVID jab related adverse events, including 19,886 deaths. VAERS can receive reports from vaccine manufacturers and other international sources, and if we exclude those, the death toll reported in U.S. territories exclusively stands at 9,136.

Of the total death reports, Pfizer — the only company that the U.S. Food and Drug Administration has granted full licensing for an as-yet unavailable COVID shot — accounts for the vast majority: 13,268, compared to 4,894 for Moderna, 1,651 for Janssen and 73 for an undisclosed brand.

Pfizer also accounts for the vast majority of hospitalizations post-injection, and while those over the age of 66 make up the bulk of deaths, the 25-to-50 age group accounts for most of the hospitalizations. Key side effects that are now being reported in massive numbers include:

All of these consequences were predicted by Seneff and Nigh in their paper, which makes the events all the more tragic. Importantly, VAERS is notoriously underreported, so the real-world impact of these shots is far greater than what those data suggest.

The Cure Is Indeed Worse Than the Disease

Calculations performed by Steve Kirsch, executive director of the COVID-19 Early Treatment Fund, and his team of statisticians suggest VAERS COVID-related reports are underreported by a factor of 41. This is a conservative estimate, supported by calculations using a variety of sources besides VAERS itself.

That means that in the U.S. alone (using the data for U.S. territories only), the actual death toll may be closer to 374,576 (including international deaths reported to VAERS would put the death toll at 815,326), and those are deaths that occurred within days or weeks post-injection.

As Seneff and Nigh explain in their paper, there’s overwhelming reason to suspect that these gene transfer injections will have devastating impacts in the long term, resulting in excess deaths over the next decade.

What’s more, it’s clear that the death toll from the COVID-19 infection itself in the U.S. has been vastly exaggerated, as it’s based on positive PCR tests and even mere suspicion of COVID in the absence of testing. Many died from other causes and just happened to have a positive COVID test at the time of death.

Kirsch estimates the real death tally from COVID-19 to be about 50% of the reported number (which is likely conservative). This means about 380,000 Americans died from COVID-19 (rather than with COVID), whereas the COVID shots may have killed more than 374,570 in the first 11 months alone.

“Seneff suspects that in the next 10 to 15 years, we’ll see a dramatic spike in prion diseases, autoimmune diseases, neurodegenerative diseases at younger ages, and blood disorders such as blood clots, hemorrhaging, stroke and heart failure.”

As predicted in the title of Seneff’s paper, it seems the cure may indeed end up being worse than the disease. This is particularly true for children and young adults, who have either died or been permanently disabled by the shots by the thousands, while having an extraordinarily low risk of dying from or being seriously harmed by the infection itself.

Seneff suspects that in the next 10 to 15 years, we’ll see a dramatic spike in prion diseases, autoimmune diseases, neurodegenerative diseases at younger ages, and blood disorders such as blood clots, hemorrhaging, stroke and heart failure.

The reason we’re seeing all these problems from the COVID shots is because they program your cells to continuously produce SARS-CoV-2 spike protein, which we now know is the most dangerous part of the virus. Many experts noted this from the start, wondering what the vaccine developers could possibly be thinking, selecting this as the antigen for their shots.

While the mRNA injections can cause harm in many different ways, one basic problem is that they can overstimulate your immune system to the point of failure. In summary, as your cells start producing the viral spike proteins, your immune cells rally to mop up the proteins and dump them into your lymphatic system. (This is why many report swollen lymph nodes under the arms.)

There was no point in sharing this article. It’s a premium article on Epoch Times, which means that you can’t read it unless you’re a paid subscriber, pay $1.00 for limited access, or came directly from the “Read full story” link here. If I try to share the article to people who need to be shown this info, very few of them will be able to read the article on Epoch Times. It would have been better to just share the study itself.

Well, everything in life isn’t free. If you need more than the text included in the article, then pony up $1.00 and read it.

Worse than the IMAGINARY disease. Globalist Jacques Attali in 1981 called to “Reduce Population” by Euthanasia aimed at the Elderly, the Weak, the Stupid, Disguised as “Treatment” for a “Pandemic”: https://thereisnopandemic.net/2022/03/09/globalist-jacques-attali-in-1981-called-to-reduce-population-by-euthanasia-aimed-at-the-elderly-the-weak-the-stupid-disguised-as-treatment-for-a-pandemic/

Hello. Just found a possible correction in an article by the RAIR Foundation USA. “During his interview with Salomon, Attali was asked if it would be “possible and desirable to live 120 years?” After his lengthy answer, he suggested that euthanasia may be a tool for future societies. However, he said he did not advocate killing the elderly but spoke out against an infinite lengthening of life.” https://rairfoundation.com/the-real-globalist-mastermind-behind-the-great-reset-prophet-jacques-attali/ Notwithstanding, it is not clear to me whether the two men speaking German in the video I sent earlier, were quoting from older writings by Attali from 1981 that made harsher statements;… Read more »