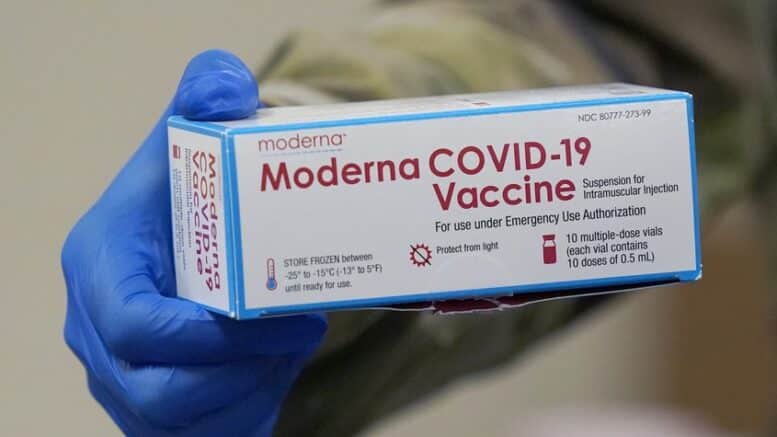 Please Share This Story!
PDF 📄
How should we spin this story? The hard reality of their overstatement of “vaccine” demand is staring them in the face. Big Pharma lives in its own self-approved version of Alice in Wonderland as the rest of the world tells them where to stick their injections. What is really needed is a second Nuremberg trial to get these scoundrels off the street. ⁃ TN Editor

Our betters in the World Economic Forum (WEF) gathered in Davos this week to decide what’s best for the planet and everyone on it (especially themselves). But Stéphane Bancel, CEO of Moderna, was sad. He was disappointed that the plebs don’t want his company’s revered COVID-19 vaccines.

“It’s sad to say, I’m in the process of throwing 30 million doses into the garbage, because nobody wants them,” lamented Bancel as he participated in a panel discussion. “We have a big demand problem.” Actually, that sounds like a big over-supply problem to me, but what do I know?

Bancel elaborated on the outreach efforts the pharma giant was making to “every country,” including going around to all the embassies in Washington, D.C., to entreat governments to distribute the excess shots to their citizens. But sadly, he concluded, “nobody wants to take them.”

“The situation is very different today,” explained Bancel. “Moderna has three billion doses annual capacity, Pfizer has four billion doses, that’s seven billion doses, and the Chinese don’t want the vaccines with mRNA. So if you just take the, just the Chinese population out, you have more than a dose per person, and as we just discussed, the issue in many countries is people don’t want vaccines.

Bancel called out the ugly Americans. “In the U.S., people don’t want vaccines,” he said. “Around the world, we have a lot of people who don’t want the vaccine,” Bancel mourned, before reiterating that the problem was not a “capacity limit.”

Just before Bancel’s comments, at the opening of the annual World Health Assembly, WHO Director-General Tedros Ghebreyesus did his part to whip up global enthusiasm for the controversial novel mRNA vaccine.

The demand problem is caused by enough consumers finding out, no thanks to the government sworn to protect us or the media who’s job is to search for the truth, that the jab was a heinous lie. Not only does it not protect against getting COVID, the faux vaccine doesn’t protect against getting it again, or spreading it to others. But more importantly, the public is aware of the legions of people seriously injured, stroking out at a young age or dying as a result of the dangerous potion. And rather than protecting innocent, unsuspecting citizens, Big Pharma continues to… Read more »

The only surprise here is that he admits it.

good news for once