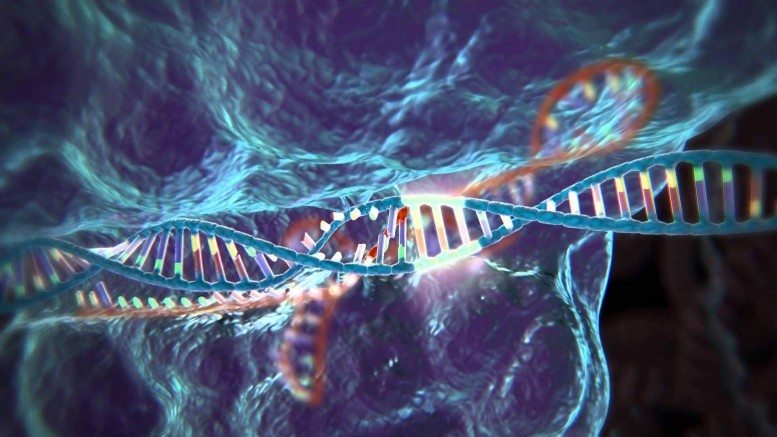 Posted By: Chloe Nordquist via The Denver Channel December 29, 2021

Please Share This Story!
PDF 📄
Now that the human genome has been opened up for inserting synthetic mRNA modeled by computer programs, Transhuman scientists are expanding their reach to target other diseases in other parts of the human body. Direct DNA editing is already in the works as well. ⁃ TN Editor

COVID-19 proved that mRNA vaccines can work. Now, researchers are applying the technology to other diseases.

More than half of Americans are fully vaccinated against COVID-19. Many of them received an mRNA vaccine that was developed by Pfizer or Moderna.

“mRNA is a blueprint to tell your cells what protein to make,” Dr. Scott Joy, an internal medicine specialist and Chief Medical Officer for HCA Healthcare Physician Services group, said.

Though the COVID vaccines are new, research on mRNA and mRNA-based vaccines has been happening for decades.

“It’s interesting to look at the data from the late 90s from when the mRNA vaccines were being studied. The issue was not behind the basic science of why an mRNA vaccine would be effective, it was really how do you create a vehicle to get it into the cell to allow it to do what it needs to do. And that’s what the last 20 years have really been about,” Dr. Joy said.

He said this technology can be applied to more than just COVID.

“We’re dedicating hundreds of employees, both in the U.S. and in Europe, to working on mRNA as one of the foundations for new vaccines,” Dr. Michael Greenberg, the vice president and medical head of Sanofi Pasteur North America, said. The company has been developing vaccines for decades.

“mRNA vaccines have been some of the ones that have gotten a lot of attention the past couple years because of their success that have been really shown during the COVID-19 pandemic,” Dr. Greenberg said.

Their efforts with mRNA started before the pandemic.

“We are the first ever to create, to start a clinical trial for seasonal flu vaccine using mRNA and so far the results are very promising,” he said.

The mRNA vaccines can be used to prevent illness in multiple ways.

“The idea was, can we develop a vaccine which is…not just focusing on one pathogen,” Dr. Gunjan Arora, a research scientist at the Yale School of Medicine, said.

Arora is part of a team working on an mRNA vaccine for Lyme disease – a tick-borne illness caused by a specific bacteria.

“The idea is if he can develop a technology where we can deliver multiple candidate antigens, can we stop ticks from feeding and eventually that would block the Lyme disease in humans,” he said.

Essentially, the vaccine would target antigens found in tick saliva, preventing it from feeding on people and reducing transmission.

“Though the COVID vaccines are new, research on mRNA and mRNA-based vaccines has been happening for decades.”

How true. Also, it is true that for decades you have not had one success story! All projects failed in animals. So lets try humans!

mRNA shots wotk? Are you insane? They are a disaster whose consequences have not yet been fully felt. Only those who subscribe to the anti human hate from the left would think so.

[…] >mRNA Technology to be Applied to Other Diseases: Now that the human genome has been opened up for inserting synthetic mRNA modeled by computer programs, transhuman scientists are expanding their reach to target other diseases in other parts of the human body. Direct DNA editing is already in the works as well. SHORT READ HERE […]

I can validate that this applying mRNA technology is already in our everyday experience. Just out of curiosity i submitted an interest in a research study in my own local community in San Diego CA which was to study a new medicine for hypertension. When the research team contacted me by phone the stated that this “would be a clinical trial to assesses the effectiveness of a newly developed mNRA Injectable medicine for treatment of hypertention (high blood pressure)… ” I said stop right there No Thank You. Definitely I Will Not Participate in any clinical trial or otherwise that… Read more »

“COVID-19 proved that mRNA vaccines can work”. Well really? Seems to me that the call for endless shots and boosters is de facto evidence that they DO NOT WORK. Worse, the growing number of adverse events from vaccines is more evidence that not only do they not work but they are making many humans ill, or killing them in a horrible manner. This is hubris of the Gods … scientists who think they know enough about this technology when clearly they do not. They are tinkering and human beings are suffering because of it.

No. They are dedicating 100’s of employees to the pursuit because they got away with it so far in the covid realm. THEY DO NOT WORK AS DESCRIBED. However, they do kill and maim people.

“COVID-19 proved that mRNA vaccines can work. Now, researchers are applying the technology to other diseases.”
People should learn very quickly that diseases are necessary processes to get rid of toxins.

I truly hope that the mRNA technology can be used to not destroy people’s health, but actually improve it. I’m not holding my breath. More money can be made from sick and diseased people” and those with corrupted genetics and destroyed immune systems will be new cash cows.

However, I appreciate the opportunities to learn medicine and tend to my own health. So far I haven’t had any genetic freak accidents or adverse medical reactions. It does me well to stick with good nutrition and medicines that don’t hijack my immune system or genetics.