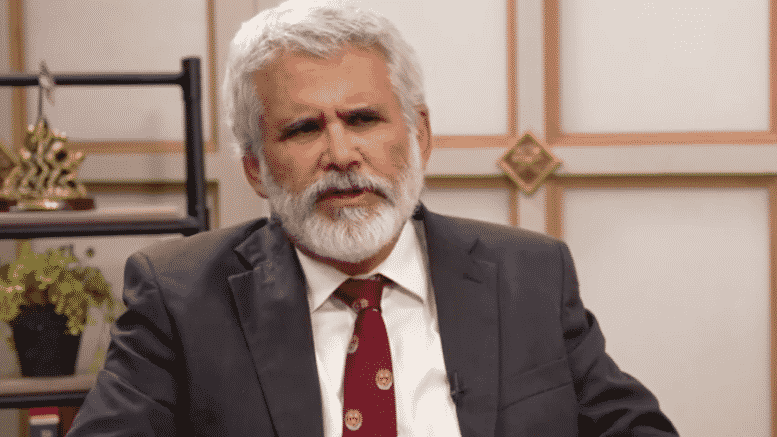 Please Share This Story!
PDF 📄
Be careful with this interview. Dr. Robert Malone’s biggest concern is that the mishandling of mRNA gene therapy shots will validate the claims of anti-vaxxers and ultimately hurt the Big Pharma industry as more people push back against vaccines in general. ⁃ TN Editor

“What would happen to the entire vaccine enterprise—I’m talking about pediatric vaccines, the fundamental bedrocks of public health—if we basically validate the criticisms of those that have been labeled anti-vaxxers?”

In this episode, we sit down with mRNA vaccine pioneer Dr. Robert Malone to discuss questions surrounding the COVID-19 vaccines and repurposed drugs, as well as the bioethics of experimental vaccines.

Jan Jekielek: Dr. Robert Malone, such a pleasure to have you on American Thought Leaders.

Mr. Jekielek: You’re, of course, an outbreak specialist. You’re the inventor of mRNA vaccine technology. You’re also a biostatistician, which is an interesting collection.

Dr. Malone: I would say that I’ve been trained in some biostatistics. To be a biostatistician, for me, that’s a step above where I’m at. But I do epidemiology and biostats, among other things.

Mr. Jekielek: I want to touch on this whole censorship question, but before we do that, let’s talk about where do you stand right now when it comes to treatment for COVID-19 or vaccination for COVID-19, given everything we know as we speak and given your rather unique background?

Dr. Malone: That’s a good tee-up because you’re talking about both treatment and vaccines, and I’ve actually been primarily focused with the team that I’ve been working with on repurposing drugs for COVID. We’re trying to launch three clinical trials right now, one in India and two in the States, under IND (Investigational New Drug) for a drug combination involving anti-inflammatories that we’ve developed. It’s already been tested and was initially discovered in a small hospital in Beloit, Wisconsin.

I made an initial threat assessment in January, as we were discussing. I got a signal out of Wuhan and decided that the time needed was not available to develop new vaccines and get them safety tested in a timely fashion to mitigate the risks of the pandemic. So even though I’m a vaccine specialist, I also have started a company focusing on drug repurposing for Zika [virus]. I have this background, and so I’ve seen both sides of what’s going on and how it’s rolled out.

My take on the vaccines is that we have some new technologies in the mRNA vaccines. We have a fairly well-established genetic vaccine technology related to RNA, but using the gene therapy vector called recombinant adenovirus. We have two examples of those right now. People call them the AstraZeneca and the J&J.[Johnson and Johnson] AstraZeneca, Sanofi, Oxford is that cluster that’s not licensed in the United States. Right now in the States, we have patients, and everybody has access to three genetic vaccines.

There is a more traditional vaccine that’s about to gain emergency use authorization from Novavax. That has also showed greater than 90 per cent protection against disease and death. So that’s in line with what the genetic vaccines are showing. That one offers options for those that are uncomfortable with the genetic vaccine strategy. A lot of people that have been contacting me are interested in having an option. They’re uncomfortable with the genetic vaccines, and they’re interested in having an alternative that they can use. Novavax could be a suitable alternative for them.

Dr. Malone is the inventor of the GENE TREATMENT injections, NOT ‘vaccines’. PLEASE STOP THE DECEPTION identical to the FDA fraud! Only by calling the GENE THERAPY ‘vaccines’ they were able to get their approval!!!! PLEASE STOP THIS renaming of lethality into ‘normality’ NOW!!! Dr. Malone is an author of 5 (FIVE) papers, according to PubMed! As an ‘inventor’ of a genetic treatment supposedly years back, and none of it was published years back??? All his papers start with covid scam, datewise!!! Working for DoD maybe in black budget operations allows him to hide his works..??? He got his Mod-E-RNA… Read more »

I agree with your concern about Dr. Malone’s devotion to the vaccine industry. He made sure to mention he’d had his flu and shingles vaccine this year. It’s possible he could be signaling to the conventional medicine crowd that he’s still one of them but I don’t fully trust him to be completely unbiased about the vaccine industry since he’s made a boatload of money off it. But like Dr. Peter McCullough it’s wonderful that these insiders are finally getting some coverage in the media.

Malone is bad news. He has an interview nearly every day. This is all about taking care of number one. He is in full damage control mode – desperately trying to avoid culpability for the unfolding nightmare of mRNA “vaccines.”

He did not create the C-19 vaccine. His work was used to create it.

“There is a more traditional vaccine that’s about to gain emergency use authorization from Novavax. That has also showed greater than 90 per cent protection against disease and death.” The language here is a little slick. The use of the word disease is kind of misleading. Most people will interpret this as meaning it prevents infection when it doesn’t necessarily mean that. Also, what he means by traditional vaccine is like certain influenza vaccines and the HPV vaccine. We’re not talking the polio vaccine, for instance. The makers of novavax do intimate it can prevent infection. I have to look… Read more »

Any chance Malone is invested in Novavax. That would be double jeopardy.

Too much coating in his interviews. Tell things are they are.

Yes, Dr. Malone has some questionable connections, no doubt. None of them honest; we all know that for a fact. All of them are pushing for the same result–every human being shot with gene therapy. And I’ve said before that their desperation stinks of subterfuge and it does. We all know that the entire covid narrative is not about a virus but about the predator class seeking ultimate control via a worldwide corporate State. I certainly agree that his associations are suspect with a big ‘S’. We must be vigilant against the covid lie and those associated with the State… Read more »

[…] both the fallout of the vaccine adverse event, and the emotional fallout of not being believed. He says our fear of Covid is excessive, similar to an African’s fear of Ebola, and that this paran… “We can’t get to scientific truths if we can’t discuss […]