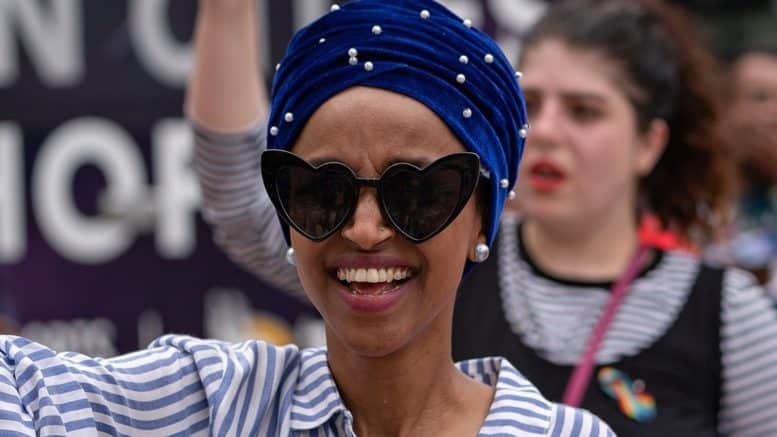 Please Share This Story!
PDF 📄
The Green New Deal is being vigorously supported and promoted by high-visibility Muslims in America, such as Rep. Ilhan Omar (D-MN) and Nasim Thompson, Executive Director of Justice Democrats. TN has long pointed out the attraction of Sustainable Development to the global Islamic community.

The global elite is pledging full support behind the Green New Deal and student protests.  This is another clue that GND is Technocracy! ⁃ TN Editor

Rep. Ilhan Omar’s (D-MN) daughter is leading a national movement of students seeking to ditch class on Friday to participate in a worldwide climate change protest. 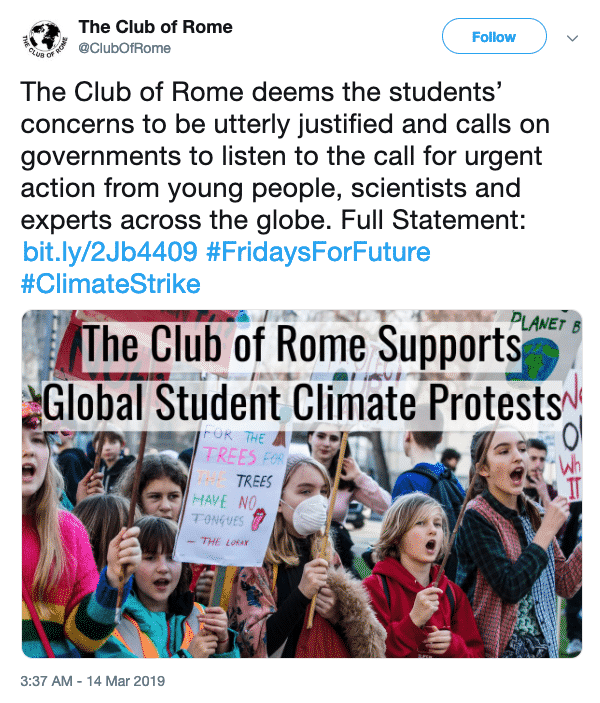 Omar’s daughter, Isra Hirsi, 16, of Minneapolis, is spearheading the nationwide youth climate strike protests across the U.S. in nearly 50 states and Washington, DC., along with co-organizers Alexandria Villasenor, 13, of New York, and Haven Coleman, 12, of Denver.

Hirsi, who lists on Twitter page that she is the head of the Minnesota High School Democrats and several other left-wing youth-based organizations, said in a recent interview with Grist that she is looking to “change the conversation” on issues such as the Green New Deal by organizing the strike.

“That’s what we’re trying to do: Change the conversation not only about things like the Green New Deal but so much more. Obviously, one strike isn’t going to change everything, but this isn’t the last strike,” Hirsi said.

Omar is also supporting her daughter’s movement by promising to attend the nationwide protest in Washington, DC, on Friday. The Minnesota Democrat tweeted Wednesday that she hoped her colleagues would join her at the protest: 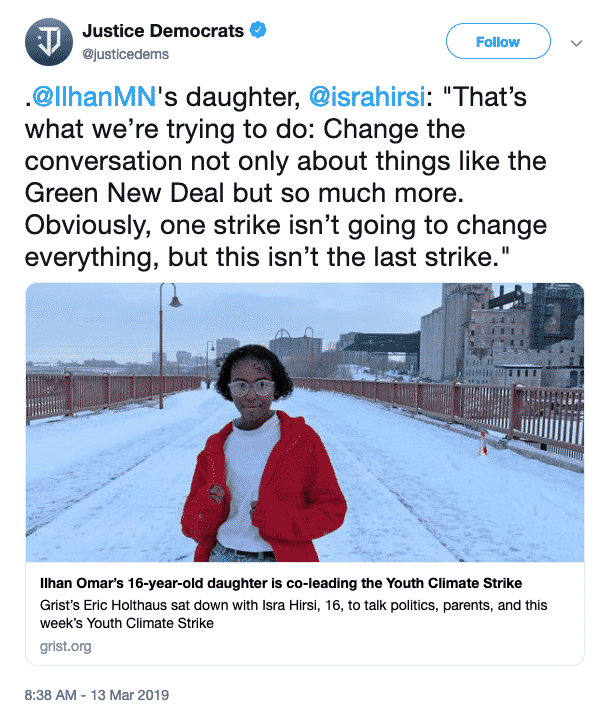 “We need to listen to the wisdom of our kids!” she added.

The U.S. climate change walkouts are part of a larger worldwide climate change movement called #FridaysforFuture where tens of thousands of student climate change activists around the world in more than 90 countries are expected to cut class on March 15 to demand that lawmakers in their respective countries take action on climate change and stop global warming.